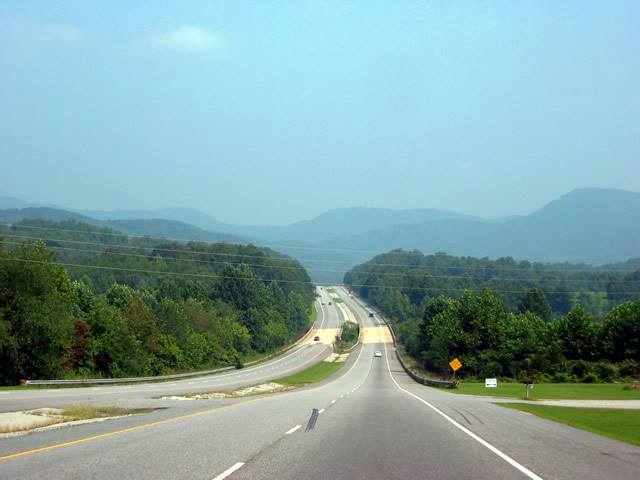 || By TOM DAVIS ||  Many of you have asked why I attended the Senate GOP Caucus’ press conference last week if I did not support the roads plan it presented.  I did so because the massive tax-hike bills previously passed by the House and Senate Finance Committees were moving forward very quickly, with all of the major lobbying groups and the mainstream media outlets in full support.  For that reason, I believed it was critical that the public-policy conversation somehow be changed from simply “increase our taxes to fix our roads” to one that focused on greater and better use of existing General Fund revenues and on structural reform to the South Carolina Department of Transportation (SCDOT).

The state Board of Economic Advisors (BEA) projects that General Fund revenues will increase at an average rate of $355 million annually over the next ten years, and the Senate GOP Caucus’ plan uses that projected growth to “fund” a cut in the state income tax that returns about $700 million to South Carolina taxpayers over the first five years.  The plan also provides for an increase in the gas tax and other fees – specifically dedicated to roads – that raises approximately that same amount.  This is, of course, a simplified summary, but it gets to the point of the plan.

I do not believe this “lower income taxes in exchange for higher gas taxes” plan is the right approach, and my objections to this and other aspects of the Senate GOP Caucus plan are set forth below.  That said, however, the press conference held by the Senate GOP Caucus has unquestionably had the desired effect of changing the political conversation away from a massive tax increase to one that focuses on how to best use the projected growth in existing General Fund revenues.  Prior to that press conference, no serious consideration was being given to any proposal other than a straight-up tax increase.  Sen. Harvey Peeler, the Senate GOP Caucus Leader, deserves tremendous credit for putting last week’s press conference together and fundamentally redirecting the debate.

Here is where I stand, and why: First, I reject the premise that our state does not appropriate sufficient funds for our transportation needs.  It does; the money just isn’t wisely spent.  Total annual spending in South Carolina on roads and bridges in 2009 (the first year I served in the State Senate) was $1.051 billion, whereas the budget passed by the State Senate last week for the upcoming fiscal year appropriates $1.627 billion – an increase of 54.8 percent.  Yes, our roads and bridges are in bad condition, but that’s not because of underfunding; it’s because decisions on how to spend the appropriated money are being made by a politically motivated and legislatively controlled state agency.

Even if one concedes more money should be spent on roads and bridges, it does not then follow that taxes must be raised.  Last week, the State Senate passed a budget that appropriated an additional $69 million in recurring revenue toward roads and bridges, and that was on top of the $50 million increase in recurring revenue appropriated in 2013.  Additionally, in the so-called “supplemental section” of that budget (which appropriates money collected by the state during the fiscal year that wasn’t certified at the time the budget was passed) the State Senate dedicated all revenues in excess of the first $27.6 million collected to funding local government C-fund resurfacing projects (instead of doling it out to a laundry list of pet projects as usual).  If prior year supplemental revenues are any guide, and everything we are hearing from the BEA says they are, then that’s at least another new $100 million going toward roads and bridges in this year’s budget.  Here are the BEA projections in General Fund revenue growth – that is, new recurring funds – over the next ten years (rounded to the nearest million):

The average amount of recurring annual growth over this ten-year period is $355 million.  If 30 percent of this annual growth – or about $100 million a year – were dedicated to roads and bridges, then after seven years there’d be enough new recurring revenue to satisfy even the high-end estimates of our transportation needs.  That’s not simply wishful thinking that has no political chance of ever happening; just look at what the State Senate did in this year’s budget! 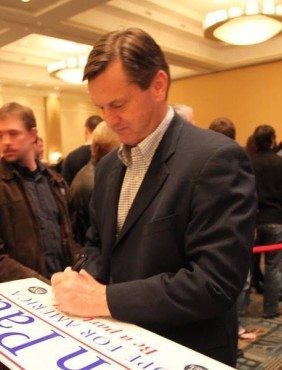 I believe dedicating a portion of the General Fund’s revenue growth over a series of years is a better plan than the tax-swap proposed by the Senate GOP Caucus.  Yes, there are similarities in that both take into account the projected growth in General Fund revenues over time, with my proposal using a portion of the growth to fund roads and bridges and the caucus plan using it to “fund” the income tax cut.  My primary concern about tax-swaps is that the legislature, in future sessions, would allow the tax increase to occur but suspend the tax cut.  I realize the Senate GOP Caucus plan is for the tax increases and cuts to travel in tandem, with a suspension in one resulting in the automatic suspension of the other, but my concerns remain.  It’s much simpler and cleaner, not to mention safer for the taxpayers, to fund roads and bridges out of the growth in existing revenues, rather than engage in a more complicated tax-swap.

Another way I think the Senate GOP Caucus proposal falls short is in regard to restructuring the SCDOT.  To its credit, the caucus plan has the governor appointing all of the SCDOT commissioners, and this helps put accountability for expenditure decisions where it belongs – with the governor.  However, the commissioners selected by the governor in the caucus plan have to meet with the approval of the legislatively controlled Joint Transportation Review Committee (JTRC).  The JTRC approval should be deleted from the plan; better yet, the commission should be abolished entirely, and expenditure decisions should be made by a cabinet-level Secretary of Transportation, appointed by the governor and confirmed by the State Senate.

It is also important, I believe, for any roads plan passed by the legislature to involve the state devolving control over some roads to local governments.  According to research published by the South Carolina Policy Council (SCPC), there are approximately 65,800 miles of roads in South Carolina, with 63 percent of them being controlled by the state.  By way of comparison, the average state DOT controls only 19 percent of roads in other states.  Road miles should be transferred by the state to local governments along with an appropriate share of gas tax revenue.  The SCPC summarized the benefits of this as follows: “Local governments would have better knowledge than a centralized entity of local road conditions.  Further, local governments’ proximity and accountability to the citizens who use the roads in their borders would provide them an incentive not to neglect rural or residential roads that currently receive little attention from DOT. Currently they can simply blame the state – with some justification.  Road devolution would take away that excuse.”

These are my thoughts on how to best maintain our state’s roads and bridges and on the plans being considered.  The State Senate will probably start debating the bill passed by the Senate Finance Committee (a straight-up tax/fee increase of $700 million annually) next week, and will likely continue debating it through the end of the current session – 5 p.m. on June 4th.  Things will be moving very fast at the State House over the final three weeks of session, and my decisions along the way will be guided by the principles and concepts discussed above.  I welcome and encourage your thoughts, comments, and criticisms on this issue of vital importance to our state, so please let me know what you think.