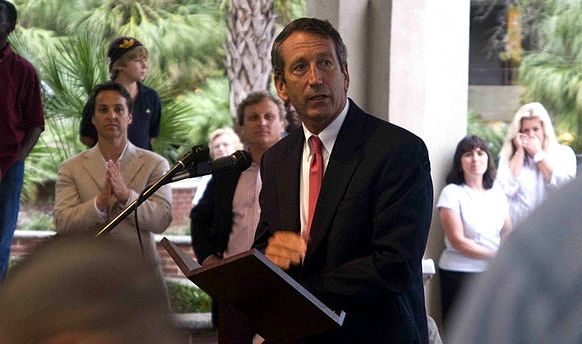 “He’s a joke on (Capitol) Hill,” a source familiar with the departures says of Sanford.  “When (people) from his office go to interview other places, the people who are hiring basically tell them that.  They want to help good people get out of his office.”

Well, Sanford is insane.  And seeing as he now lacks any real substance, there’s no longer any justification for tolerating the insanity.

Of course we’ll be learning a lot more about Sanford’s various issues when a book published by another one of his former employees hits the shelves in July.

Missed that story?  Sanford’s been doing everything within his power to undermine the credibility of the book’s author, his former speechwriter Barton Swaim.

All this turnover is only bolstering Swaim’s credibility … while further eroding Sanford’s.

Anyway, Sanford’s latest chief of staff, Scott English, did not immediately respond to our request for comment on the latest round of departures.

Of course he’s been known to moonlight, so …