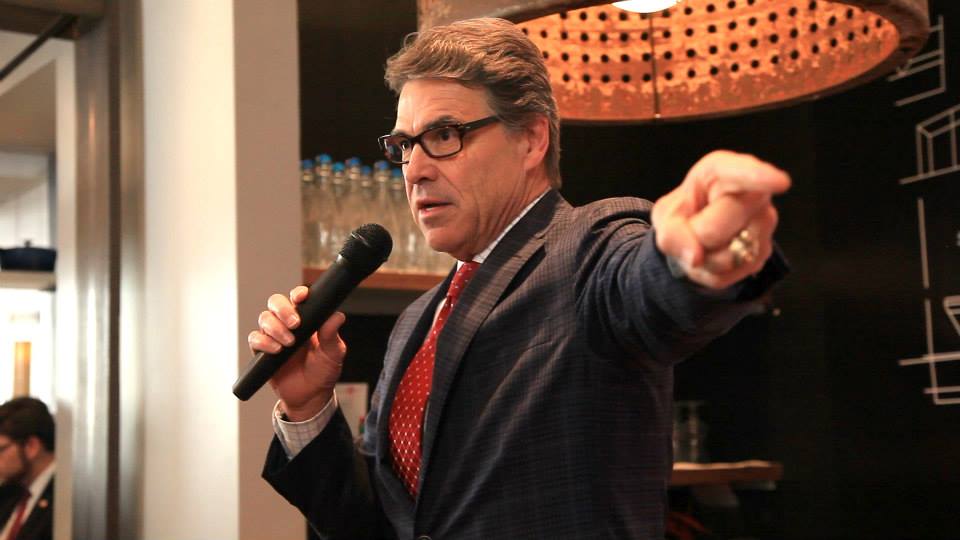 FORMER TEXAS GOVERNOR MOVES TO THE RIGHT OF … MARK SANFORD?

|| By FITSNEWS || Former Texas governor Rick Perry – a notorious crony capitalist – has reversed course on one of the federal governments most insidious corporate handouts.

In a column published in The Wall Street Journal, Perry announced his opposition to reauthorizing the controversial U.S. Export-Import Bank (a.k.a. “Boeing’s Bank”).  As recently as last June, Perry supported reauthorizing this slush fund – which doles out taxpayer-guaranteed low-interest loans to foreign companies looking to buy (mostly) Boeing jets.

Not only that, it’s a flagrant distortion of the free market … one which accrues almost exclusively to the benefit of Boeing brass.

Who does it hurt?  U.S.-based airlines – and passengers who are forced to pay higher ticket prices because these airlines can no longer compete with their foreign competitors on price.

Perry’s conversion now means that every announced “Republican” presidential candidate is on the record opposing reauthorization of this slush fund – as are most major candidates contemplating bids.

“We already had Jeb Bush, Marco Rubio, Ted Cruz, Carly Fiorina, Scott Walker, Rand Paul, Bobby Jindal, and John Kasich on the record against the Export-Import Bank,” noted Tim Carney of The Washington Examiner.  “The only 2016 presidential candidate on the record supporting the agency … was Rick Perry.”

“The time has come to end the Export-Import Bank,” Perry wrote in his column.  “We can’t let Ex-Im get in the way of reforms that would expand opportunity for all Americans.”

Unfortunately, not all “Republicans” flip-flopping on this issue are moving in the right direction …

U.S. Rep. Mark Sanford – who previously opposed reauthorizing the bank – flip-flopped last month and agreed to support it.  Sanford even refused to reconsider his position after it was revealed that bureaucrats at the bank were facing a flood of criminal charges related to corruption and fraud in the doling out of its shady ”loans.”

Contrary to perception, we have no real beef with Boeing.  We want the company – like all U.S. companies – to be successful.  And we want its South Carolina manufacturing facility to thrive.