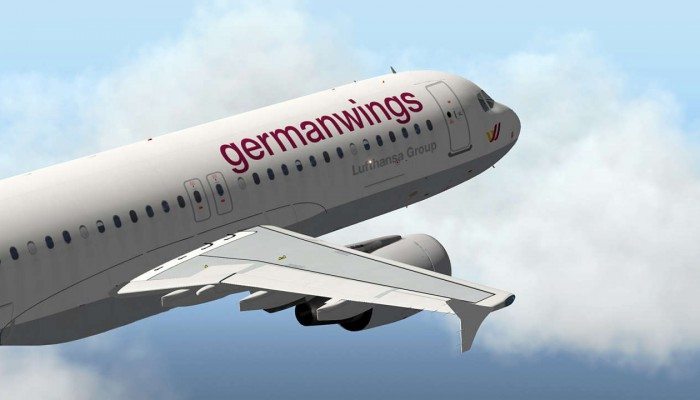 || By FITSNEWS || Scary news out of France this week – specifically the initial Bureau d’Enquêtes et d’Analyses (BEA) report on the Germanwings flight which was deliberately crashed into the French Alps back in March.

We already knew there were serious negligence issues here … but according to the report, the co-pilot who intentionally put the Airbus A320 on a collision course with a mountain may have rehearsed his actions on a previous flight that same day.

Twenty-seven-year-old Andreas Lubitz – who killed himself and 149 other people – reportedly put an outbound flight from Düsseldorf to Barcelona into a controlled descent on multiple occasions.  Not only that, Lubitz appears to have entered the descent settings at times when the captain of the aircraft was out of the cockpit.

“All of the data from the previous flight, from Düsseldorf to Barcelona, was recorded on the (flight data recorder),” the report noted. “Synchronization of these recordings and the radio communications with the Bordeaux en-route control centre with which the crew was in contact, was performed based on the same principle as for the accident flight.” 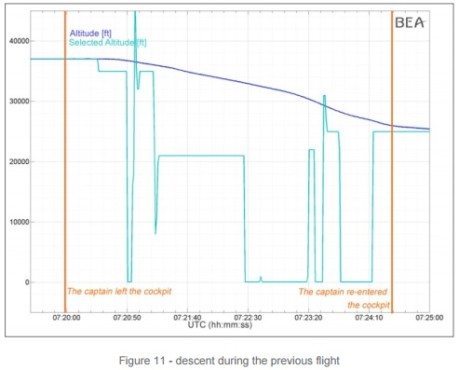 Did Lubitz intend to crash the Düsseldorf to Barcelona flight and lose his nerve?  Or was he rehearsing for the return flight?

And most importantly … how on earth did these erratic measurements (coupled with Anders’ erratic personal history) not get picked up by someone?

Seriously: When a pilot with a history of “cray cray” enters fatal altitude settings into a plane’s computer four times, how does that not raise a red flag?

Despite his history of mental health issues, Lubitz was recognized by the Federal Aviation Administration (FAA) in 2013 as a member of its prestigious “Airmen database,” meaning he had “met or exceeded the high educational, licensing and medical standards established by the FAA.”