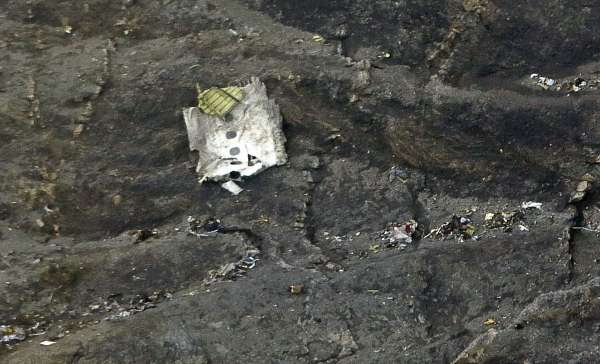 || By FITSNEWS ||  Ready for this?  A Germanwings plane which crashed in the French Alps earlier this week – killing all 150 people on board – was deliberately steered to its destruction by its co-pilot.

“The intention was to destroy this plane,” French prosecutors alleged.

According to French officials, the co-pilot – a German citizen named Andreas Lubitz – locked the plane’s captain out of the cockpit and pressed a button putting the airliner into a dive pattern.

The Airbus A320 was en route from Barcelona to Dusseldorf when it disappeared off the radar.  Its wreckage was later located near Digne les Bains, in the French Alps.

“He was breathing normally, he did not utter a single word,” French prosecutor Brice Robin told reporters.

“There is no element to indicate this is a terrorist action,” Robin added, saying Lubitz’s actions were “calm” and “voluntary” – even as the knocks on the cabin door (and the cries from panicked passengers) grew louder.

Twenty minutes into the flight, the plane’s captain left the cockpit to use the restroom.  That’s when Lubitz locked him out of the cabin and began the jet’s fatal descent.  The captain and co-pilot spoke “amicably” during the twenty minutes leading up to the former’s bathroom break – with no indication anything was amiss.

French officials say Lubitz, 27, “is not known as a terrorist, absolutely not.”  According to the Aviation Business Gazette, he was recognized two years ago by the Federal Aviation Administration (FAA) as a member of its prestigious “Airmen database,” meaning he had “met or exceeded the high educational, licensing and medical standards established by the FAA.”

“We owe it to the traveling public to have only the most qualified and best trained pilots,” U.S. Secretary of Transportation Anthony Foxx said in promoting the database.

In fact according to the Aviation Business Gazette, “Transportation safety experts strongly recommend against flying with an uncertified pilot,” adding “FAA pilot certification can be the difference between a safe flight and one that ends in tragedy.”