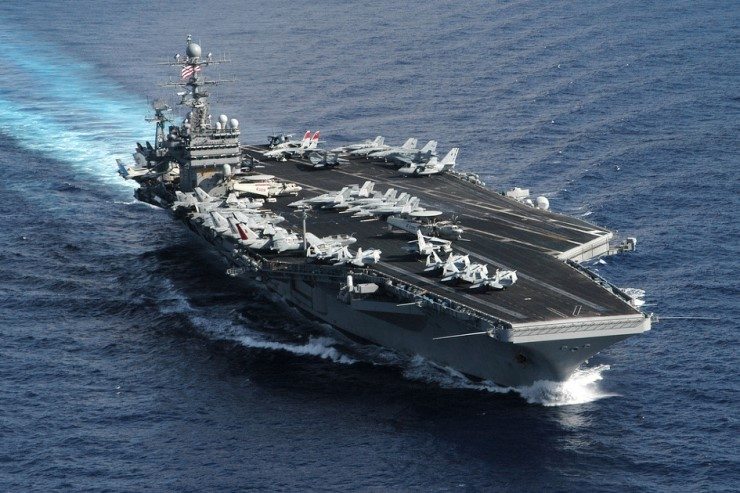 || By FITSNEWS || The internet went ape poo this week over an Associated Press report claiming the U.S.S. Theodore Roosevelt was “steaming toward the waters off Yemen” for the purpose of intercepting Iranian ships.

Which, of course, would be a big deal … assuming your attention span is functioning properly.

The report – which quoted unnamed U.S. Navy officials – was promptly denied by the Pentagon, which is in the midst of conducting massive naval drills in the area.

According to the government, the Roosevelt – a Nimitz-class carrier first launched in 1984 – is in the area “to increase our presence as a result of the current instability in Yemen.”  Nine other warships are also in the area, including the USS Iwo Jima – an amphibious assault ship.

Iran is suspected of sending arms to the Houthi rebels fighting in the Middle Eastern country – which U.S. personnel evacuated last month (leaving hundreds of millions of dollars worth of weapons behind).

“We have seen evidence that the Iranians are supplying weapons and other armed support to the Houthis in Yemen,” White House press secretary Josh Earnest said this week.  “That support will only contribute to greater violence in that country.”

Really?  What about the weapons we left there?