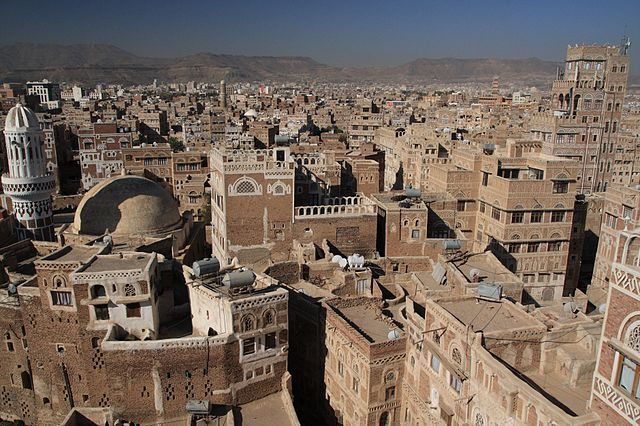 || By FITSNEWS ||  America’s first “War on Terror” resulted in $4-6 trillion in deficit spending, thousands of dead soldiers and thousands more who suffered lost limbs or similarly debilitating mental illnesses.  And for what?

To hear the warmongers in Washington, D.C. tell it (and they’ve told it convincingly), America’s multiple, ongoing engagements in the Middle East have done nothing but raise up a new enemy.  A stronger enemy.  A more ferocious and bloodthirsty enemy.

So naturally, our leaders are going to double down … spending more tax dollars we don’t have on further engagements.

No … but people don’t think straight when they’re afraid.

Last week, America’s abandonment of a small military outpost in Yemen marked yet another demarcation line in the “War on Terror II” – which is about to ramp up in a big way if “Republican” lawmakers get their way.

Yemen is significant.  Going back to the pre-9/11 days, it’s the site of the infamous 2000 attack on the USS Cole that killed seventeen American sailors.

Which is probably why the U.S. State Department made clear last week the evacuation – due to an onrush of hostile troops – was only “temporary.”

In other words like Douglas MacArthur – or Arnold Schwarzenegger – “we’ll be back.”

But should we?  We’ve said it before and we’ll say it again: “You can’t get killed where you ain’t.”

Unfortunately America seems unable to learn that lesson … which is why thousands of Americans were slaughtered on September 11.

Do we really want to escalate again?

Talk is cheap. And war is expensive.  And both are … pointless.

America’s policy should be simple: A blanket Middle Eastern withdrawal with a very clear, very public, very unambiguous warning: Stay the f*ck away from our shores … or else.

Back in the 1950s, the United States developed the B41 – a nuclear device with a 25-megaton yield.  To put that explosive force in human terms, we’re talking about a fireball four miles in diameter, with a blast leveling everything within an eight-mile radius of its detonation and producing third degree burns within a radius of 32 miles.

This stuff isn’t complicated.  It doesn’t require trillions of dollars and thousands of dead troops.  Just a simple understanding …