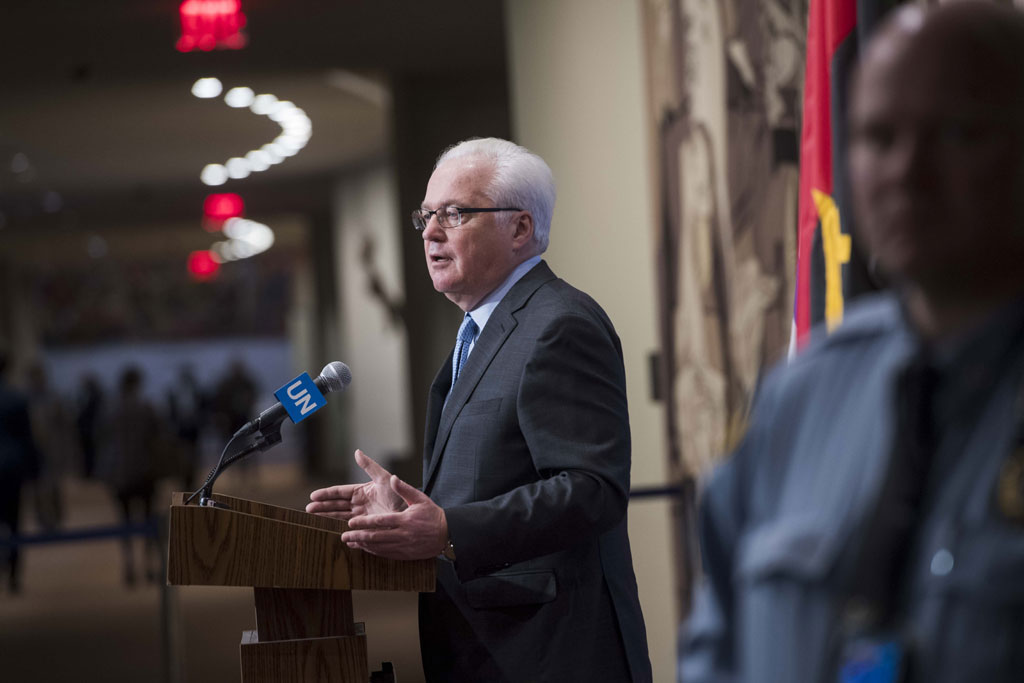 Russia’s ambassador to the United Nations died suddenly in his New York office on Monday, the victim of an apparent heart attack.

Vitaly Churkin, 64, was working at his desk at the Russian embassy when he collapsed – one day shy of his 65th birthday.  The New York City medical examiner’s office is investigating his death, although at the moment there is nothing to suggest foul play was involved.

“The loss sustained by Russia is grave and irreplaceable,” a statement from Churkin’s deputy, Pyotr Ilyichev, noted.  “Ambassador Churkin remained at his work post until the last minute.  He devoted his whole life to defending the interests of Russia and was to be found on the very front lines and in the most stressful posts.”

Nikki Haley – the U.S. ambassador to the UN – issued a statement praising Churkin as “a gracious colleague.”

“We did not always see things the same way, but he unquestionably advocated his country’s positions with great skill,” Haley said in a statement. “We send our prayers and heartfelt condolences to lift up his family and to the Russian people.”

Really?  Haley has been on the job less than a month – with her one notable speech to the being a fact-challenged harangue against Churkin’s country.

Churkin’s death comes at a critical moment in the evolution of U.S.-Russian relations – with new president Donald Trump seeking to normalize ties with Moscow.  Unfortunately, Trump is beset on all sides by those who want to rekindle Cold War tensions between these two superpowers.

We have consistently opposed such senseless provocations … as well as the ridiculous “Russia rigged the election” hysterics advanced by the far left and hawkish “neoconservatives.”