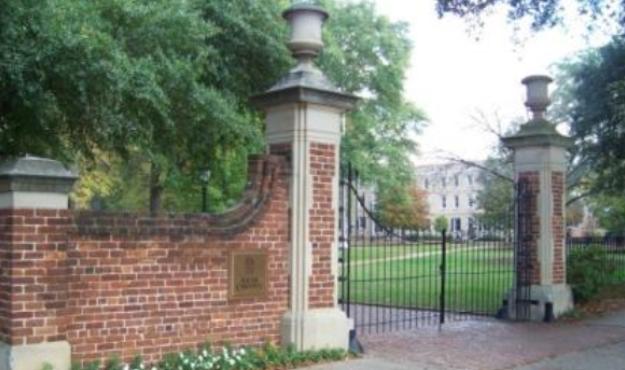 || By FITSNEWS || It’s been a tragic academic year for fraternities in the Palmetto State … and it’s not even spring yet.

The latest bad news?  According to multiple Columbia, S.C. media reports, an 18-year-old member of the Pi Kappa Alpha fraternity at the University of South Carolina was found dead at a home a few blocks off campus.

FITS has received conflicting reports regarding the circumstances surrounding the death of the young man – said to be a Columbia, S.C. native.  Obviously it’s not hazing season at the school, but several sources have told us alcohol was involved – and that the fraternity was celebrating a “Big Brother” night the previous evening.  The residence where the student’s body was found on Wednesday morning was littered with beer cans – with a beer keg was visible on the front porch.

Richland County officials termed the death “suspicious” – even though there were no signs of foul play – while the University has launched its own probe.  The fraternity’s national organization has also temporarily suspended the charter pending the outcome of its inquiry.

“Our thoughts and prayers are with the family and friends of the deceased,” a school spokesman said in a statement.

Clemson University students told FITS in the immediate aftermath of Hipps’ death that fraternity hazing was involved.   Those reports sparked a firestorm of controversy at the school – and a rebuke from local law enforcement.  Police have yet to conclude their investigation into Hipps’ death – although they have since backed off their statements ruling out hazing.

In addition to its fraternity troubles, Clemson is currently being sued over an alleged hazing incident associated with its women’s soccer program.  In that suit – news of which broke exclusively on FITS – officials at the school are alleged to have covered up the particulars of the hazing.

Meanwhile back at USC, the Kappa Sigma fraternity saw its charter at the school revoked due to “hazing and significant drug problems” – news of which also broke exclusively on FITS.

UPDATE II: Cause of death.