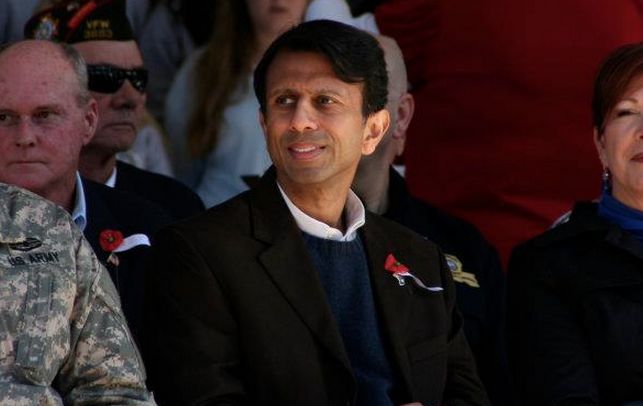 || By FITSNEWS || Louisiana governor Bobby Jindal is bashing former Florida governor Jeb Bush – and other “conservative” supporters of Common Core – for trying to fool early-state voters into believing the federal curriculum is good for students.

Bush’s allies are running newspaper, radio and television ads in early-voting Iowa in an effort to build support for the controversial curriculum.

What is Common Core?

“Common Core is the latest attempt to bribe states, with money taken from the American people, into adopting a curriculum developed by federal bureaucrats,” former U.S. Rep. Ron Paul recently wrote. “The devil with Common Core lies not in its details but in its underlying principle.  That principle is that that DC-based central planners can develop a curriculum suitable for every student.  The idea that government ‘experts’ can centrally plan a nation’s educational system is just as flawed as the idea that government can centrally plan the economy.”

Jindal – who has built a reputation battling the government on behalf of expanded parental choice – sounded a similarly defiant tone in addressing these efforts by Bush backers to sway the Iowa electorate.

“I’ve heard the ads,” Jindal told BuzzFeed’s McKay Coppins. “They can run all the ads they want telling us why they should have control of education … and that parents aren’t smart enough to know what’s best for their kids.  They can do that.  But I wouldn’t bet against the parents.”

“Clearly, the folks that are for Common Core have a lot of money,” Jindal added.  “Good for them. I still put my money on the moms and dads.”

Government-run education – especially here in early-voting South Carolina – is an unqualified disaster.  And we don’t see any way to package expanded government involvement in a way that’s going to appeal to “Republican” voters here.

What about Iowa, though?

“The pro-Common Core ads that began running in Iowa this week don’t help Bush, I think they hurt,” Craig Robinson, a GOP blogger in Iowa, told The New York Times.

Robinson said Bush should focus instead on his education record as governor of Florida … which this website has repeatedly praised.

Like Jindal, Bush was an aggressive proponent of expanded parental choice … and his successful efforts paid off for thousands of students in the Sunshine State.  Unfortunately, as his national profile rises he veers further to the left – on education and a host of other issues.