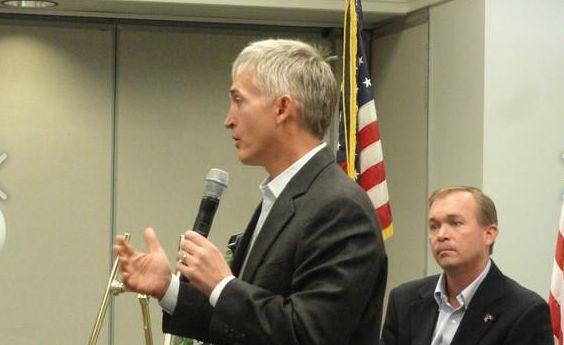 || By FITSNEWS || The lead congressional investigator of the 2012 terrorist attack on a U.S. diplomatic outpost in Libya isn’t buying what former U.S. Secretary of State Hillary Clinton is selling …

Trey Gowdy – whose Benghazi probe has jumped to a higher energy level in light of Clinton’s mushrooming email scandal – said this week he expects the former Secretary of State to appear before his panel at least twice to answer questions.

According to Gowdy, Clinton’s recent attempt to defuse the scandal over her secret email account has created “more questions than answers.”  And he wants answers to those questions.

Specifically, Gowdy wants Clinton to testify once in private “to clear up her role and resolve issues surrounding her exclusive use of personal email to conduct official business” and once in public to discuss the September 11, 2012 attack that left four Americans (including a U.S. ambassador) dead.

Clinton has refused to allow access to the private email account she used because “the server contains personal communications from my husband and me.”

Really?  Then why did former president Bill Clinton tell The Wall Street Journal he’d only sent two emails in his life (both of which were sent during his time as president)?

“Secretary Clinton alone created this predicament, but she alone does not get to determine its outcome,” Gowdy said.  “These public records at issue are broader than Libya and broader than Benghazi.  The Secretary of State has enormous responsibility and jurisdiction and the public, the media and Congress have a legal right to access these public records without impediment.”

He’s correct … federal law is explicitly clear that government business conducted on private email accounts must be preserved.  Clinton failed to follow that law, and she should be held accountable for that failure.

Clinton’s email scandal comes just weeks before she planned to announce her candidacy for the office her husband held from 1993-2001.  It also breathes new life into efforts (like these) to keep her from securing the Democratic nomination … which a few weeks ago seemed a foregone conclusion.

SC Farmers Would Suffer Under “Obamatrade”