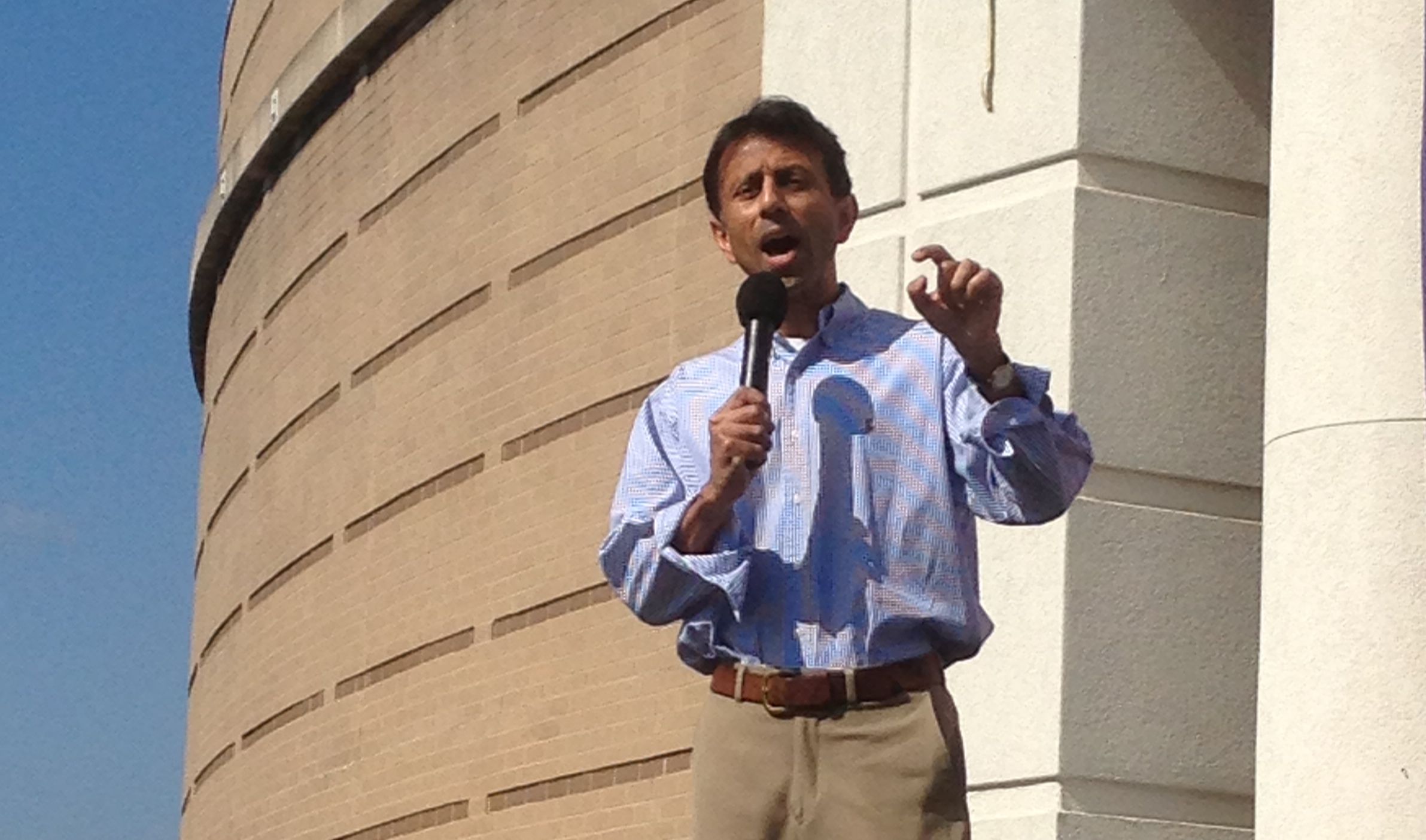 We continue to follow the career of Louisiana Gov. Bobby Jindal with interest … especially as his name keeps getting bandied about as a possible 2016 presidential candidate.

Obviously we don’t appreciate Jindal’s support for crony capitalist S.C. Gov. Nikki Haley … nor do we like the fact that his former health czar is helping Haley oversee a massive Medicaid expansion in the Palmetto State.

But he has been an aggressive opponent of federal intervention in education … which is something we appreciate.

Specifically, Jindal has been unflinching in his support for parental choice – even when the Eric Holder‘s Department of Justice (USDOJ) sought to attack it in Louisiana.  Jindal has called choice a “moral imperative,” and ripped Barack Obama and his administration for “putting the needs of government unions over the needs of our children.”

This week Jindal is at it again, filing a lawsuit against the federal government over its invasive “Common Core” education standards.

“The federal government has hijacked and destroyed the Common Core initiative,” Jindal said.  “Common Core is the latest effort by big government disciples to strip away state rights and put Washington, D.C. in control of everything. What started out as an innovative idea to create a set of base-line standards that could be ‘voluntarily’ used by the states has turned into a scheme by the federal government to nationalize curriculum.”

We’ve said it before and we’ll say it again: The only way America is ever going to reverse its steady decline in academic outcomes is to allow the power of the marketplace – not the perpetual inefficiency and incompetence of government – to hold sway.

Jindal understands that … Obama and Holder (and Haley) don’t.