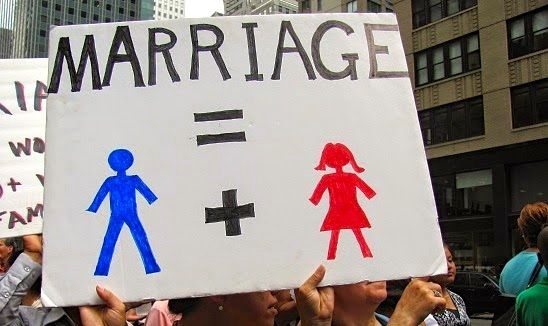 || By FITSNEWS || The battle over gay marriage in South Carolina is over … but that’s not stopping opponents of the practice from pushing legislation to outlaw it (again) in the Palmetto State.  To that end, gay marriage opponents will participate in a “Protection of Marriage Act” rally at the S.C. State House at 3:00 p.m. EST on Saturday, February 28, 2015.

“This is an effort to push back versus federal courts overthrowing the sanctity of marriage and in anticipation of (the U.S. Supreme Court) likely doing the same in their ruling in June 2015,” an invitation to the event reads.

It’s also an effort to show support for H. 3022, a bill introduced by S.C. Rep. Bill Chumley which would essentially defund gay marriage in the Palmetto State – and ban the issuance of same sex marriage licenses.

“The crowd size is important so legislators and the governor will know there is strong interest (in the bill),” the invite continues, encouraging attendees to “bring a friend and your pastor.”

Specifically, Chumley’s bill would block local and state salaries being paid “for an activity that includes the licensing or support of same-sex marriage.”  In fact were any local or state employee to violate this ban, they “must not continue to receive a salary, pension, or other employee benefit.”

Additionally Chumley’s legislation holds that “no taxes or public funds may be utilized to enforce a court order requiring the issuance or recognition of a same-sex marriage license.”

Last July, the U.S. fourth circuit court of appeals in Richmond, Virginia struck down Virginia’s gay marriage ban – a decision the U.S. Supreme Court refused to overturn.  However a sixth circuit ruling has upheld a state’s right to define marriage as it sees fit.

Approved by voters in 2006, South Carolina’s gay marriage ban was declared unconstitutional last fall by U.S. district court judge Richard Gergel – and the high court refused to overturn him, too.

Similar dramas are playing out in other Deep South states, too.

This website’s view on marriage has been made abundantly clear on repeated occasions: No government – local, state or federal – should be able to ban (or compel) marriage: Gay, straight or plural. That’s because marriage isn’t a government institution, it’s a religious one – meaning the question should be left to individual congregations.  As for civil unions, we believe the equal protection clause of the Fourteenth Amendment compels government to acknowledge homosexual, heterosexual or plural unions.

It’s simple: If you can find a church willing to marry you, more power to you … however no church should be forced to perform a marriage that’s inconsistent with its beliefs.

Far out…it’ll be he closest thing to a Klan rally.

What a bunch of crap. The courts ruled it unconstitutional. So you’re going to pass a bill that’s further unconstitutional. Why don’t you pass a bill forbidding interacial marriage and re-instating slavery while your at it, and include an amendment that all former slave owners should be compensated for their lost slaves at the tune of $100,000 per slave, and that all folks who can have their DNA traced back to slaves, must report back to the plantation for work detail. And just to make it all set right – let’s include a bill to say that only men between the ages of 35 and 65 who own more than 15 acres can vote, and women are no longer allowed to work or wear shoes.

You can’t argue with people who have faulty programming. They’ve been indoctrinated into a system of fear-mongering and hatred, even though they espouse that it’s “Christian values” and “non-judgmental” attitudes they live their lives by. It’s not the political elite who create insane agendas for them to follow in order to manipulate them into voting for them, so they can continue to campaign 90% of their time instead of doing things that actually matter. They instead focus on non-issues such as abortion, gay marriage, vaccinations, and they’re war mongers too. Jesus was a man of peace, and I doubt he’d advocate for any of this. This is all about manipulation, greed, and money.

If the South could bring them back they would have already.

What accrues to two people who get a marriage license is a legal association of “marriage.” That they go through a wedding ceremony in a church does not make the marriage a religious institution.

I never heard a donkey talk, but I have read comments posted by a jackass.

edit: brayed by a jackass

Remember that part where if the husband says the wife wasn’t a virgin when they got married, the parents of the bride has to find the sheets with bloodstains on them or else the woman gets stoned to death? And if the bedsheets are presented, the guy gets stoned, right? Nope, slap on the wrist and pay the father some money.

Why do we want this book to tell us who can and can’t get married again?

Flip’s here! We’ve been expecting you and your redneck logic.

You sick fuck stop bring up fucking animals, what is it with you and fucking dogs, damn.

Call the movement, “Save the word”.
The word marriage is about lineage rights if a child is conceived upon copulation. It has nothing to do with religion. It’s biologically sound, for procreation and the reason of the term ‘marriage’.
.
.
What has happened is like the word ‘liberal’ many of the obtuse, are hijacking the words, terms and using them for legal dissent. The “Liberal” minds are basically the people that are enabling our species to progress with the evolution of knowledge.
.
.
.

not here, Bubba. Marriage in eth USA has always been a legal union between two adults-nothing to do with kids-nothing-sorry

OK…..
Adults can make the choice whether same sex marriage is an oxymoron of terms, purely because same sex copulation cannot create a child.
Biologically, the gender represents the sexual orientation of the biology; the living process.
Any word can be used, but reality stands when returning the truth of matters to the nature of life itself.
.

Marriage is about a lot more than making babies you dolt.

Has Curtis Loftis jumped into this debate yet? I know he can’t do anything about it, but he likes to chime in on issues that he can’t impact.

Curtis hasn’t made it here yet. He is still defending himself for siding with Leatherman and carrying out his agenda. Both bailed out the SC State mess and Loftis is now trying to distance himself from that. Have cake and eat it too.

I’m sure a press release is forthcoming

The crowd will not be there.

Any crowd of more than 300 Alabamans is known as a “lynching”….another of their Christian traditions….

When the PEOPLE exercise their right to assemble FITS, and leftist @$$holes like him label those people “SOCIAL CONSERVATIVES”…

Even when almost 70% in Sc voted for DOMA…Yet he – and those like him – make NO such distinction when promoting the leftwing and small special interest groups who have been told they have the right to redefine marriage, based on their minority bedroom habits…

When you hate, you have to find any way you can to attack your enemy…

You don’t claim to be a Christian do you???…So you don’t have to worry…

In fact you tried to eliminate the word ‘God’ from the Democrat Party Platform language at the 2012 DNC???

god doesn’t exist so why put him in a platform?

I’m not a democrat, or a republican. I don’t vote, and I don’t stand by corrupt party ideologies. What the hell is it that you don’t understand about that? Also, what if I’m not Christian, what’s it to you? I never voted for Obama, not once. I don’t stand by him because he’s bought by corporate interests. You’re such a one dimensional thinker that you can’t actually understand what I’m writing. I won’t vote until we change the system, abolish the electoral college, and get money out of politics.

I love you, you cease to make me enjoy my day with your nonsensical, one-dimensional arguments and your hilarious catchphrases!

What we don’t understand is why you are so angry. Times are changing and you can marry your boyfriend now. You should be happy. Lighten up.

So, we should define marriage by what they do in the bedroom?

You can “marry” anyone you want. You have NO right to redefine it on the whim of a small political lobby…

You probably would have felt the same way about slavery – eh big boy?

He would fit in as a bigot in any century.

Sandusky is on your side, dude. You own him. He is you.

Always running from who – and what – you are. You march in the streets to do it…and when it manifests, you play coward… .That is a VERY common Liberal trait.

Cowardly is being a quitter…like Sarah, DeMint, and SCPSD. HAHAHAHAHA! That is a VERY common radical “conservative” wingnut trait.

Maybe, but no more than you and your liberal, pre-programmed, and clichéd responses to any and everything. You are living, breathing irony.

Hey Tango – see where Mitchy caved pretty quick to the Dems on amnesty EO. WOw, that didn’t take long. All I can say is – Gracias.

The right for same sex couples to marry was won by the couples who took the laws to court. The courts ruled in their favor. I didn’t do it, FITS didn’t do it, you didn’t do it. They did it. If you have a problem with it a) yell at the courts or b) get over it.

I seem to remember rallies for gay marriage…only one side gets to hold a rally?

Anyone can hold a (lawful) rally. Difference is one of these groups had a Equal Rights cause with realistic hopes of accomplishing their goal

The difference is…I don’t care who marries who…both of these groups are a pain and cost us all.

Costs you? Do tell. And if a group is protesting for Equal Rights (because they’ve been denied) and someone needs to pay for cops etc for the march. Well, that’s a big TS good buddy. Doesn’t cost you nearly as much as it has cost the members of the group in question of years and years. Clue phone ringing. It’s for you: it isn’t always about you

And I feel the same way about the group protesting against Equal Rights. It’s still costing us all and that’s a big TS for everyone.

And the groups FOR Equal Rights–since that’s the topic here?

Like I said, both groups are a pain, did you miss that “good buddy”?

Imagine of these people could put their energies into something constructive like helping the poor and the needy.

But doing what Christ actually taught us to do doesn’t feed into holier-than-thou complexes.

U.S. Constitution > State Statute. I guess you don’t need much constitutional law or even a C in government class to work/pander in the SC Senate.

Hey Y’all: Look over here! While the powerful continue the greatest transfer of wealth to the wealthy since the Gilded Age.

The Ben Tillman’s of our times? Looks like there will be lots of bridges and overpasses to rename in 50 years.