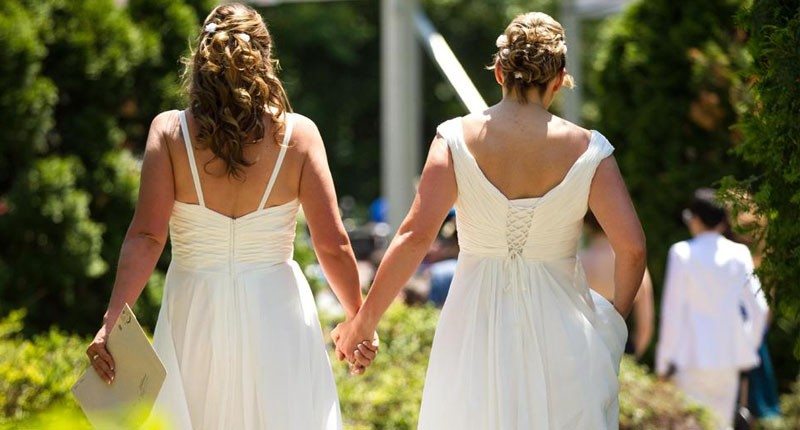 PROTECTING A CONGREGATION’S RIGHT TO SAY “NO”

By FITSNEWS || This website has been consistently unapologetic in support of gay rights – including the right of homosexual couples to marry (assuming they can find a church that’s willing to perform the ceremony).

We believe government should have no involvement whatsoever on the question of marriage – be it banning or sanctioning, gay or straight.  That’s because marriage is an institution of the church, not the state.  Which means it should be left up to individual congregations – not politicians or bureaucrats – to decide.  Meanwhile per the Fourteenth Amendment, civil unions must be recognized by government equally – with benefits and privileges protected equally.

Seriously … we’ve written that so many times our carpal tunnel is acting up.

There’s a flip side to our tolerance, though – namely protecting the right of congregations to say “no” to gay marriage.

This is a basic religious freedom, people … no matter what the public opinion polls may say.

Previously, we’ve condemned efforts by leaders in Hawaii to force same sex marriages on churches … and we’re troubled by recent reports out of Coeur d’Alene, Idaho seeking to do the same.

In this resort town located in the Idaho panhandle, two ordained Christian pastors have been told by town officials they must perform same sex marriages – or face fines and possible imprisonment.  The town’s logic?  The recent U.S. Supreme Court “non-ruling” which effectively upheld the unconstitutionality of statewide gay marriage bans.  Oh, and a local ordinance banning “discrimination.”

This website rarely comes to the defense of sanctimonious Bible thumpers, but in this case they are well within their constitutional rights to reject such marriages.

Gay marriage may be legal (or almost legal) across the country, but that doesn’t mean churches are required to conduct the ceremonies.  Legalizing gay marriage means churches can conduct such ceremonies if they so choose, it does not mean they can be compelled to do so under threat of fine or imprisonment.

Not surprisingly, a federal lawsuit in defense of the pastors in Coeur d’Alene was filed last week by Jeremy Tedesco of the Alliance Defending Freedom.

“The government should not force ordained ministers to act contrary to their faith under threat of jail time and criminal fines,” Tedesco said. “Many have denied that pastors would ever be forced to perform ceremonies that are completely at odds with their faith, but that’s what is happening here – and it’s happened this quickly. The city is on seriously flawed legal ground, and our lawsuit intends to ensure that this couple’s freedom to adhere to their own faith as pastors is protected just as the First Amendment intended.”

In stamping out one form of unfair discrimination our country cannot usher in another – which sadly appears to be the “next battle” in the fight for so-called marriage equality.