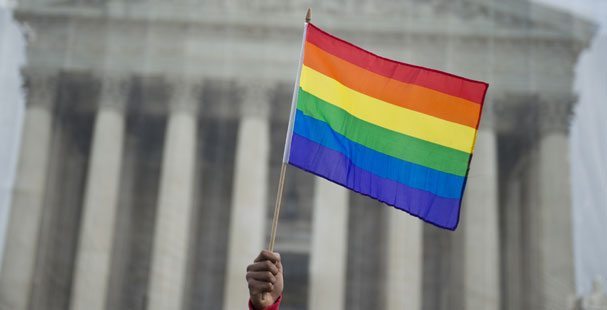 By FITSNEWS || The U.S. Supreme Court is declining to get involved in the gay marriage debate – meaning numerous states that have struck down gay marriage bans (or have challenges to those bans pending on appeal) will soon join the nineteen states currently permitting same sex weddings.

Add it all up and there will soon be thirty states where same sex marriages will be expressly allowed.

“The court’s letting stand these victories means that gay couples will soon share in the freedom to marry in thirty states, representing 60 percent of the American people,” a statement from the group Freedom to Marry noted. “But we are one country, with one Constitution, and the court’s delay in affirming the freedom to marry nationwide prolongs the patchwork of state-to-state discrimination and the harms and indignity that the denial of marriage still inflicts on too many couples in too many places.”

We addressed this issue recently in the context of remarks made by presumptive Republican presidential contender Rand Paul – who believes marriage should be left up to local governments.

We disagree with Paul.  We also disagree with the court punting on this issue and effectively leaving the matter in limbo at the state level.

Seriously, there should be no confusion, complexity or contradiction on the issue of gay or straight marriage: For any American, living in any state.

If you can find a church that will marry you – no matter where you live – then you should have the right to marry in that church.  Similarly, no church should ever be threatened or compelled by government to perform marriages in a manner inconsistent with their beliefs.

In other words, government should have no role in marriage – it should be left exclusively to individual congregations.