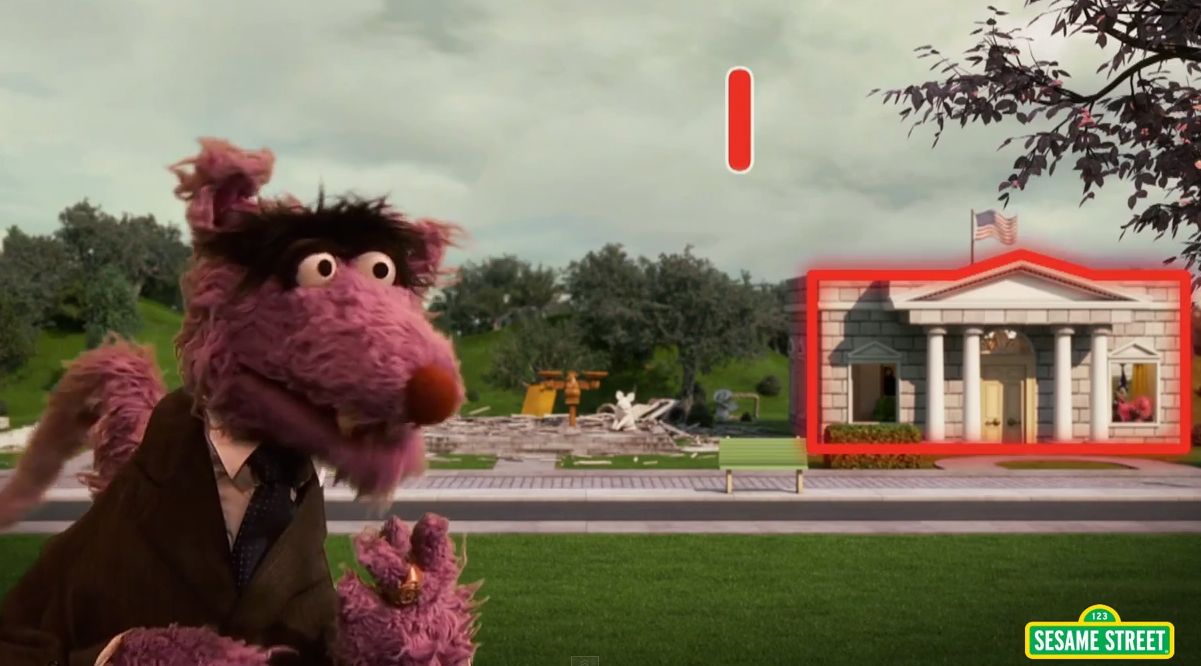 || By FITSNEWS || This political drama has the distinctive Southern drawl, the engaging face-to-camera soliloquies, a twist ending … even those hip on-screen “text bubble” exchanges.  There’s even the “rapping of the ring,” a signature move of Frank Underwood – the fictitious star of Netflix’s smash hit original drama House of Cards.

This is the long-running children’s show “Sesame Street.”  And the audience isn’t being taught about the cutthroat world of U.S. politics, it’s learning subtraction.

Teaching them?  “Frank Underwolf,” who vows to huff and puff until he blows down three homes belonging to the “Three Little Pigs,” who debuted on the scene back in 1886 in The Nursery Rhymes of England.

“Some people say there’s too much pork in this town,” Underwolf says as he prepares to take down the first house.  “I could not agree more.”

And yes … hopefully viewers educated in one of South Carolina’s failing government-run schools will be able to keep up not only with the fast-moving plot, but the head-scratching mathematical calculations as well.

The entire third season of House of Cards will begin live streaming on Netflix on Friday, February 27, 2015.

About Those Abandoned SC Dogs …

Taylor Got Out Of Washington D.C.