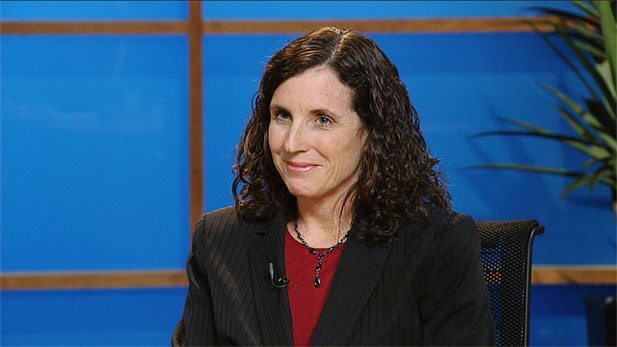 IS A “REPUBLICAN” MAJORITY GOING TO BE ANY DIFFERENT ON THE ISSUES THAT REALLY MATTER?

The race – which was so close it required a recount – ultimately resulted in a 167-vote victory for McSally, a “Republican.”  Given that this was the last disputed election from the 2014 cycle, it means the “red” and “blue” teams are officially set. The GOP will have 54 seats in the United States Senate and 247 seats in the U.S. House of Representatives when the 114th Congress officially convenes on January 3, 2015.

That’s up from 45 Senate seats and 234 House seats … making this the most impressive “Republican” majority since 1929.

How will the GOP use that majority?  Well, they clearly won’t be crafting a responsible budget for the coming year (because “Republicans” and lame duck Democrats have already caved on that).  Nor, apparently, will they be reforming the budget process itself.

What will they do?

That’s right.  The “Republican” majority isn’t going to look a helluva lot different from the Democratic majority when it comes to the two things that matter most of all to you – taxing and spending.  As we’ve noted ad nauseam , all that’s changed (again) is which party has its grubby paws on the taxpayer spigot.

In other words … exactly what happened when Democrats had total control of Washington, D.C.

“Heads they win, tails you lose,” a friend of ours from Florence, S.C. says of the process.

But hey, “Republicans.”  You’ve got your majority.

Kela Thomas: We Called It

I really like the Emily Ratajkowski GQ photo shoot ads on your site.

Don’t forget the Wifey Ads in the middle of the articles. :-D

The republicans know they can’t win the White House in 2016, so instead they’ll pretend to be centrists hoping that the voters will forget what shits they been for the last fifteen years. Enjoy your Obamalicans.

Nice try. First thing next year will be the Keystone Pipeline, Done deal.
Harry Reid’s ‘reconciliation’ will be used to repeal Obamacare.SCOTUS will deliver the death blow in June.
NO amnesty bill and NO path for citizenship OR voting. Obama fucked the hispanics.
Embargo in Cuba will remain in place and no embassy in Cuba. Castro will get rich, Cubans will remain poor and oppressed.
Life will be good until we own the White House again in 2016. Then we can take America back again from the socialists and appeasers of our enemies.

First thing next year will be the Keystone Pipeline, Done deal.

Harry Reid’s ‘reconciliation’ will be used to repeal Obamacare.

The funny thing about reconciliation is that you still have to have a president willing to sign it. Have fun finding votes for an override.

NO amnesty bill and NO path for citizenship OR voting.

Castro will get rich, Cubans will remain poor and oppressed.

Surprise! That’s the result of the last 50 years.

“[A]lready, a host of red-state Democrats signal a willingness to cut some deals with the GOP on the initial items atop their agenda. Donnelly wants to repeal the Affordable Care Act’s medical device tax and restore the full-time workweek of 40 hours under the law, two major GOP priorities. Several senators — like Manchin, Heitkamp, Donnelly and McCaskill — want to move forward on the Keystone XL oil pipeline. And Sen. Angus King (I-Maine) said he is pushing for three bipartisan bills — including overhauls of regulations, student loans, and parental and medical leave — that he hopes will get attention in the GOP Senate…

For these Democrats, scoring a handful of bipartisan victories could go a long way toward helping their own electoral prospects. One factor in the defeats last week of several first-term Democratic senators — including Kay Hagan in North Carolina, Mark Udall in Colorado and probably Mark Begich in Alaska — was their inability to exert their independence and distinguish themselves legislatively from an unpopular White House, partly because of the perennial gridlock in the Senate.”

Still no republican president in 2016.

Sure will be. Warren can’t win.

Big T, Grand Tango, Flip Coscoe whatever he is calling himself these days has a stellar record in predicting elections. At various times he has predicted each of the following would be President, in the last two elections.

Jan, you are as dizzy as Jan Brady.
I have a perfect record on FITS in predicting/polling elections.
Just ask Elizabeth Colbert Busch and Tom Ervin. :-)

Well, the response is dumb enough to be T. The response is a half lie, half nonsensical statement; and that would be indicative of T as well; but in the end, the grammar is just not T.

all of what you write is true..I predict the guy with a website no one visits will shortly post as guest or some other name to back up his argument..not with facts but more name calling…in 3…2….1…

Read it and weep, socialist. Either these senate dims vote with the pubs or they lose their seats in 2016 and we have a ‘veto-proof’ congress.

“THE GOP WON … NOW WHAT?” Nothing. Business as usual. Why? Because Republicans are as invested in the status quo as Democrats — only their patrons and clients are different. The GOP uses its anti-government, low tax, fiscal austerity, “family values” rhetoric to pander to voters in order to gain and keep public office. When in office nothing is different.

LMAO!!! Ain’t this hilarious!!!! The marxist sympathizer wants to send millions to bail out the tyranical, communist dictators in Cuba yet cuts off SS payments to the nazi war criminals.

You can’t make this stuff up!!!

So Obama is trying to cut off Social Security payments to Republicans? Oh, I see, you mean WWII Nazis, not all Nazis.

Actually he is trying to cut off Social Security payments to Nazi “war criminals”. While not all WWII Nazi’s would fall in that catigory, Dick Cheney may make it in.

“Actually he is trying to cut off Social Security payments to Nazi “war criminals””
Sandi/Pogo/Flip Coscoe is a war criminal.

Obama’s daddy was a nazi, wasn’t he? I know he was a proud marxist.

I don’t know if it’s Marxism you don’t understand or Nazism. Perhaps both?

Doesn’t North Korea have a nuke that can hit Hawaii?

“Perhaps both?”
All of the above.

That was Bush’s grand-daddy.

“You can’t make this stuff up!!!”
You just fucking did, asswipe.

Weird Al has a sister?

Republicans will try to make sure it is the middle class taxpayer that takes the hit on both the taxing side and the cutting side. Democrats would have tried to make sure the wealthy and big corporations took the hit on the tax side and that more cuts went to defense spending and corporate welfare.

This election was a victory for big business and big money in politics, that is it.

I am sure glad you socialists don’t get it. Obama and the band of criminals that occupy the wHite House have scared the shit out of the American people. From the shredding of the Constitution (Obamacare/immigration) to the appeasement of our enemies (Russia,ISIS,muslim brotherhood,North Korea, Iran,Cuba) , the Democrat party is finished in middle America.

Your silly ass might have the shit scared out of them. Most people are doing just fine. Just because you and the other old white guys numbers are dwindling doesn’t mean you have to be terrorified of your soon to be brown leaders. Not every race treats minorities as poorly as whites do.

“Obama and the band of criminals that occupy the wHite House have scared the shit out of the American people”
Sandi/Pogo/Flip Shit/Etc. needs a brand new bag.

But hasn’t anyone told you the Gospel of Laffer? If you cut taxes, revenues increase! It’s magic! No need to supply empirical evidence, just prax it out!

All have a great Christmas, including socialist/atheist Smirks and Inspector ‘Coloseau’ Martin.

On the road and God Bless.

It means 2016 will be the MOST IMPORTANT ELECTION EVVVVAAAAAAAAARRRR!!!!!!!!

If the GOP can wrest the Presidency from the Democrats and gain super majorities in Congress…they will :

Cut overall government spending. (Not just shift it around, while growing it like kudzu.)

Repeal Obamacare and get the government out of healthcare.

Cut the tax burden on most Americans, while raising it on none.

Gain control over the military-industrial complex that DDE warned of.

Live large on the taxpayer dime while enriching friends and family through crony capitalism, all the while feeding America’s best and brightest into the bloody maw of endless foreign wars. [Oops! TBG didn’t even know the cat was IN the bag.]

EVERYONE: Go to YOUR Congressman’s govt. webpage and TELL THEM you want Boehner OUT! I did it, and then I said THIS to Boehner himself: “Hey Boehner, we’re now motivatedly-tired of your rhetoric-double-speak and crappy misrepresentation of We the Conservatives that the GOP…NEEDS. (Yeah, YOU GUYS need US!) Your days are numbered buddy; you and your cronies will go bye bye soon. We don’t give a rat’s ass about what the Democrats want, or Obama. OUR agenda is to take back OUR country and to SAVE her. Are ya feelin’ us Boehner boy?!”