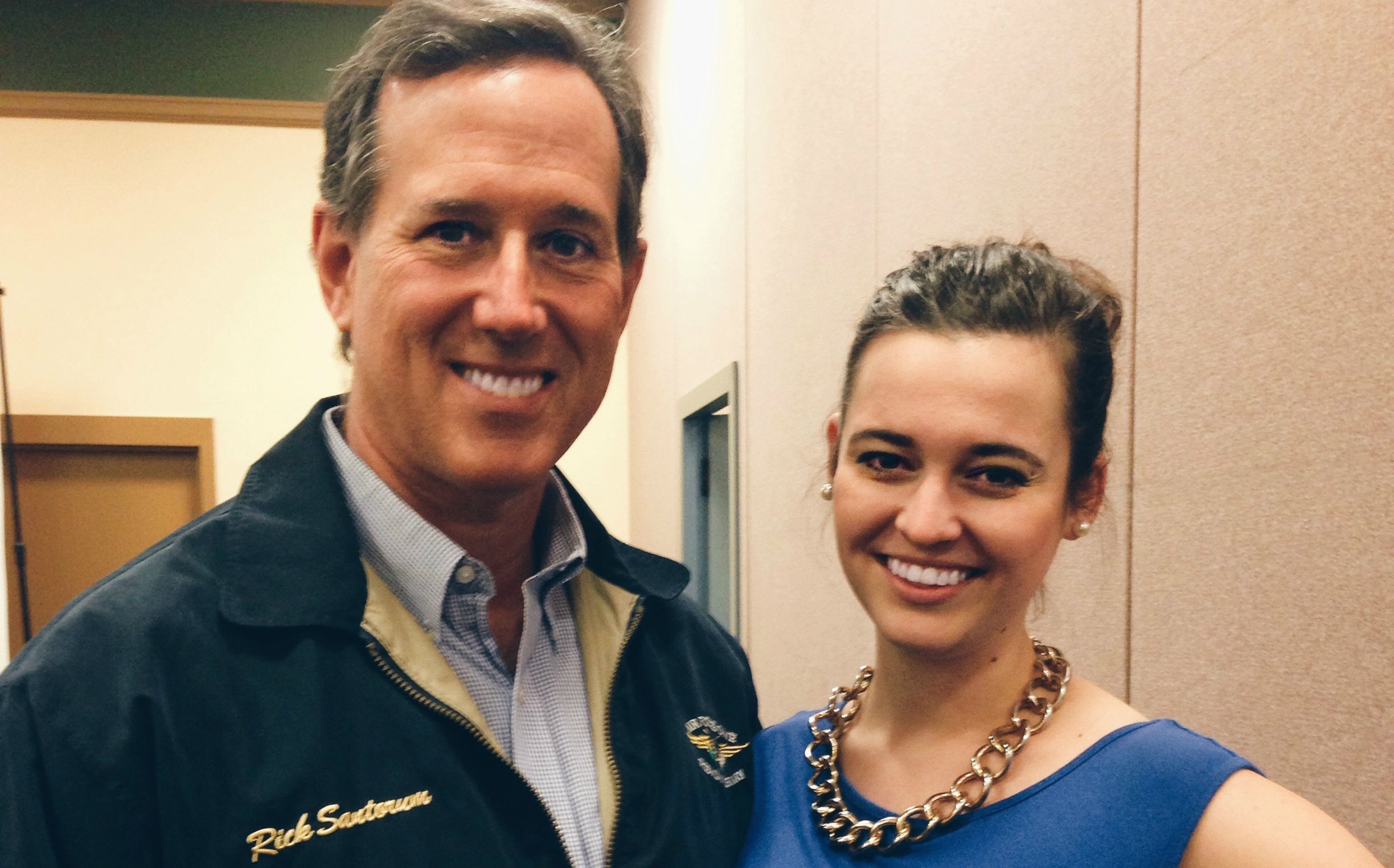 By TAYLOR BROWN || Trivia question of the day: Who are the only two people in history who won eleven states in the primary election, but didn’t get their party’s nomination? Answers: President Ronald Reagan and former Pennsylvania Senator Rick Santorum.

Yes, this is a pro-Santorum column.  And with good reason.

Santorum has proven himself more than sufficient to warrant a full column … yet our founding editor completely neglected to do so.

I wonder why?  Maybe it’s because he supports tin foil hat wearers with no national defense strategy  candidates who can’t win.

Santorum, on the other hand, finished second in the 2012 GOP presidential primary.  He’s also one of the most well-qualified GOP candidate – especially when it comes to national security and national defense.  Santorum served for eight years on the U.S. Senate Armed Services Committee.

Who, out of the other presidential hopefuls, boasts that kind of experience?

We live in a world in which ISIS is a growing problem – in which relations with China, the entire Middle East, and African countries are souring.  It’s painfully obvious we need a president with foreign policy experience.

Santorum is also ready to hold his own with the likely Democratic nominee for president.  Has anyone ever seen the Santorum-Hillary Clinton debate on the Senate floor?  At least one of the possible presidential candidates knows his stuff and sticks to his guns … and doesn’t flip-flop on hugely important issues.

Santorum is one of the few potential candidates who has articulated the economic effects of open-border policies. He has, time and time again, hammered out the message that American workers are more important than foreign workers – something his would-be rival Ted Cruz seems to ignore.

Not only is Santorum a stand-up guy who has stuck by his guns – even when he knew it would cost him an election – he continues to stand by his values (one of the only people who have come out of Washington, D.C. who can say that).  It’s awfully lonely out there on that branch (something those who voted against U.S. Speaker John Boehner earlier this month can vouch for).

At the end of the day, it matters not whether a candidate is conservative or moderate.  What matters is whether the candidate can win.  Santorum won eleven states (without the sort of financial backing the other GOP candidates had).  Santorum appeals to the everyday U.S. citizen.  He is relatable (something that plagued Romney during the 2012).  He wasn’t born with a silver spoon in his mouth (like Jeb Bush). Santorum is a voice for the voiceless – a voice that got four million votes.

FOUR MILLION votes is a lot, especially when many Americans hadn’t heard of Santorum heading into the 2012 race.

The media (including founding editor of FITSNews) needs to stop ignoring Santorum, and give credit where credit is due.

I have yet to give my support to a potential candidate for 2016, but Santorum has caught my attention – and continues to hold it.

Ben Carson: Tea Party One Day, Establishment The Next