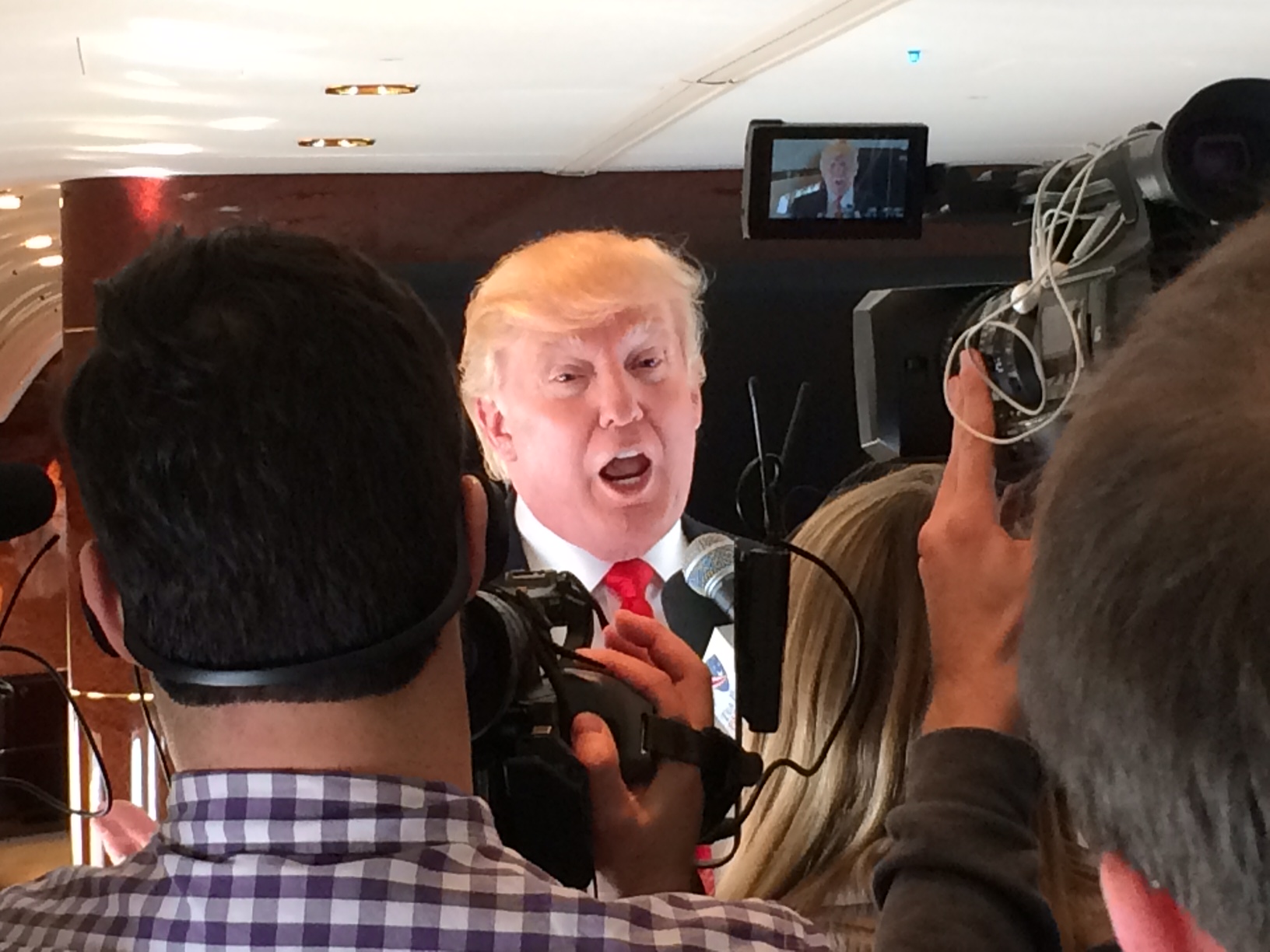 || By FITSNEWS ||  Billionaire real estate mogul and reality television star Donald Trump is not interested in pursuing the White House as an independent.  Should he run, Trump will seek the “Republican” presidential nomination.

“Mr. Trump is a Republican. He is seriously considering a run for the presidency as a Republican,” Trump advisor Sam Nunberg told FITS. “Mr. Trump has broad and wide appeal across the GOP ideological spectrum. He believes in a strong economy through free market solutions, tax cuts, repealing Obamacare on day one, a strong and well-funded military, life, traditional marriage, protecting the Second Amendment and making sure that we keep our commitments toward taking care of veterans and their families.”

Trump fueled speculation that he might seek an alternative potential pathway to the presidency during a visit to early-voting South Carolina this week.

But Trump also ripped the candidates who appeared with him at the 2015 S.C. Tea Party convention in Myrtle Beach, S.C. – an early gauge of conservative support in early-voting South Carolina.

“I have been looking at who is running and they are no good,” Trump told an overflow crowd at the event.

Later in his speech, Trump assessed how the presidential prospects who attended the event might fare in a general election matchup against likely Democratic nominee Hillary Clinton.

“The people I’m watching you interview – they don’t stand a chance,” Trump said.

So … if Trump isn’t down with the GOP establishment candidates and has no use for the current slate of Tea Party prospects, why would he run as a “Republican?”

Wouldn’t his wealth, celebrity and outspokenness be much better suited for an independent presidential bid? Especially seeing as such broad swaths of the GOP electorate dissatisfied with its leaders and ready to bolt?

Seriously … is he not looking at the same polls we are?  Ones that show surging support for independent voters?

Apparently not … or if he is, Trump is viewing them within the context of a GOP primary.

“He is an independent thinker. Should he run, Mr. Trump will be accountable to the GOP base and not the ruling class,” Nunberg told FITS.  “Mr. Trump is the sole candidate who can take on the establishment because of his success, profile and the ability to self-fund.  Should Mr. Trump run, he will unite the party, go the distance and make America great again.”

Chilling Aboard “Trump Force One”