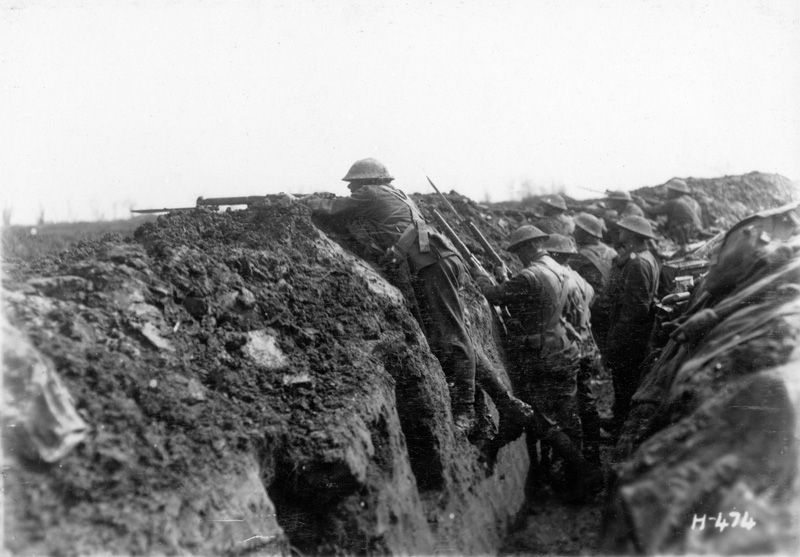 GIVEN A CHOICE, “ENEMIES” DON’T WISH TO KILL ONE ANOTHER

By RON PAUL  ||  One hundred years ago last week, on Christmas Eve, 1914, German and British soldiers emerged from the horrors of World War One trench warfare to greet each other, exchange food and gifts, and to wish each other a Merry Christmas.  What we remember now as the “Christmas Truce” began with soldiers singing Christmas carols together from in the trenches. Eventually the two sides climbed out of the trenches and met in person.  In the course of this two day truce, which lasted until December 26, 1914, the two sides also exchanged prisoners, buried their dead, and even played soccer with each other.

How amazing to think that the celebration of the birth of the Prince of Peace could bring a brief pause in one of the most destructive wars in history.  How sad that it was not to last.

The Christmas Truce showed that given the choice, people do not want to be out fighting and killing each other.  It is incredibly damaging to most participants in war to face the task of killing their fellow man.  That is one reason we see today an epidemic of PTSD and suicides among US soldiers sent overseas on multiple deployments.

The Christmas Truce in 1914 was joyous for the soldiers, but it was dangerous for the political leadership on both sides.  Such fraternization with the “enemy” could not be tolerated by the war-makers.  Never again was the Christmas Truce repeated on such a scale, as the governments of both sides explicitly prohibited any repeat of such a meeting.  Those who had been greeting each other had to go back to killing each other on orders from those well out of harm’s way.

As much as governments would like to stamp out such humanization of the “enemy,” it is still the case today that soldiers on the ground will meet and share thoughts with those they are meant to be killing.  Earlier this month, soldiers from opposing sides of the Ukraine civil war met in eastern Ukraine to facilitate the transfer of supplies and the rotation of troops.  They shook hands and wished that the war would be over.  One army battalion commander was quoted as saying at the meeting, “I think it’s a war between brothers that nobody wants.  The top brass should sort things out.  And us?  We are soldiers, we do what we’re told.”

I am sure these same sentiments exist in many of the ongoing conflicts that are pushed by the governments involved — and in many cases by third party governments seeking to benefit from the conflict.

The encouraging message we should take from the Christmas Truce of 100 years ago is that given the opportunity, most humans do not wish to kill each other.  As Nazi leader Hermann Goring said during the Nuremberg war crimes trials, “naturally, the common people don’t want war; neither in Russia nor in England nor in America, nor for that matter in Germany.” But, as he added, “the people can always be brought to the bidding of the leaders.  That is easy.  All you have to do is tell them they are being attacked and denounce the pacifists for lack of patriotism and exposing the country to danger.  It works the same way in any country.”

This is where our efforts must be focused.  To oppose all war propaganda perpetrated by governments against the will of the people.

Blessed are the Peacemakers, and you’re one of them Ron.

What can you do? More and more Americans are carrying a gun in the car. An
ex-cop I know advises that if you have to use a gun on a youth, you
should leave the scene immediately, disposing of the wiped off gun as
soon as possible. Such a gun cannot, of course, be registered to you, but one bought privately (through the classifieds, for example.)

Somehow you missed that the letter references self defense, not war.

Why’d you dispose the gun if you were legally to have the right to own it if it were self-defense?

Only under the assumption that the police might prosecute you anyway I suppose. It’s not like there’s no precedent there.

It is legal to own a gun, why’d I need to dispose of it? You’re trying to get me in trouble?

If you assume for the moment that the police or DA may feel they are the only ones entitled to shoot someone(I know, a stretch) legally, regardless of the law…then why give them more evidence to potentially try to do such a thing?

You should be constantly on guard against any potential abuse of the law and not give them anything but your attorney’s phone number.

If it’s legal to own a gun, I would not want to dispose of it. The fact Dr. Paul allowed this to slip right on in, and no one catching it as a red flag, well it’s you who’d loose in the end.

How does someone lose by letting go of an unmarked gun that served its purpose? Seems like a potentially cheap stumbling block for those that might exercise jurisprudence in an excessive manner to me.

If it is legal for me to own a gun and use it to defend myself why would I want to get myself in trouble by disposing of the weapon in question?

Is disposing of a weapon illegal? Even further, if leaving it at the scene illegal?

I would not need to dispose of a weapon if I wanted to defend myself you idiot. The whole entire point to defend yourself is to keep your weapon and stand your ground. That piece of crap that Dr. Paul approved would have made any legal gun owner look guilty if the the DA pressed charges anyway.

“I would not need to dispose of a weapon if I wanted to defend myself you idiot.”

You are truly an idiot. I can’t read for you. Try again.

I’d not need to dispose of a weapon I legally owned for simply defending myself. You are the one who failed to describe me how legal that would be.

The worst you can come up with on Ron Paul is that he misspelled “yoof” in a 22 year old newsletter???

He totally ignores the peace message out of his hate for Ron Paul.

Let us not hear of Smirks decrying war any more, as agenda is more important to him.

Yet wRONg Paul sides with those very same people that he demonized in his racist newsletters. Maybe he doesn’t believe in anything that he writes no matter how much he tries to reinvent himself.

Look, who knows if he’s dual, or as he claimed the letters were ghost written and he missed the comments in editing(or didn’t edit them as he should have), or whatever…but at the end of the day if he’s championing something that is a good position(like stopping unjust wars), then even if you dislike him(which you obviously do), you should at least acknowledge that he’s might be right on the topic even if you think he’s a dick and hate all his other positions.

You don’t say “I hate Ron Paul, so fuck his position on war too.” unless you’re a total moron.

The main editor of the newsletters was Ron Paul himself, even if he did allow others to write for him, it’d have all been approved by him. The funny fact that you Paulbots don’t seem to care about it shows what the establishment has in store for at least his son when he runs for President it’s going to make Steve Scalise look like a wimp compared to how the Pauls have been getting away with their association of white supremacists.

No it’s not, the fact you Paulbots are warped with the “True Believer” Syndrome shows you’d deny anything bad Dr. Paul said, even though it was proven it was approved by him in whatever manner.

It’s just like with Obama supporters, except they scream “racist”, while Paulbots scream “Liberty”.

Oh, you’re just a simple jackass. I thought there was going to be some meaningful dialogue beyond name calling.

Also, beyond that, I never “denied” he did or didn’t do anything. I’m focusing on his anti-war message.

You are obviously pro-war, so it bothers you.

So I am sure if Dick Cheney wrote these newsletters you’d be all obsessed about it like you are with the Project for the New American Century, however if PNAC were a “Liberty” orientated organization run by Dr. Paul with a racist newsletter you’d probably pass it right by.

PNAC? WTF are you talking about?

I did notice that you didn’t deny being pro-war though. So kudos to you for being honest.

No, you’re the one whom is not being honest, you can’t admit Dr. Paul said or promoted anything racist, but I bet you can cite all the bad examples Dick Cheney has. If these two characters were charged with murder, you’d whine and wail so much about Dr. Paul being innocent and Dick Cheney being guilty.

The Prince Of Peace, also whipped the Money Changers. Let’s keep that in mind. Great article Mr. Paul, I will be in support of your son..

Absolutely no firm evidence that this “truce” ever happened.