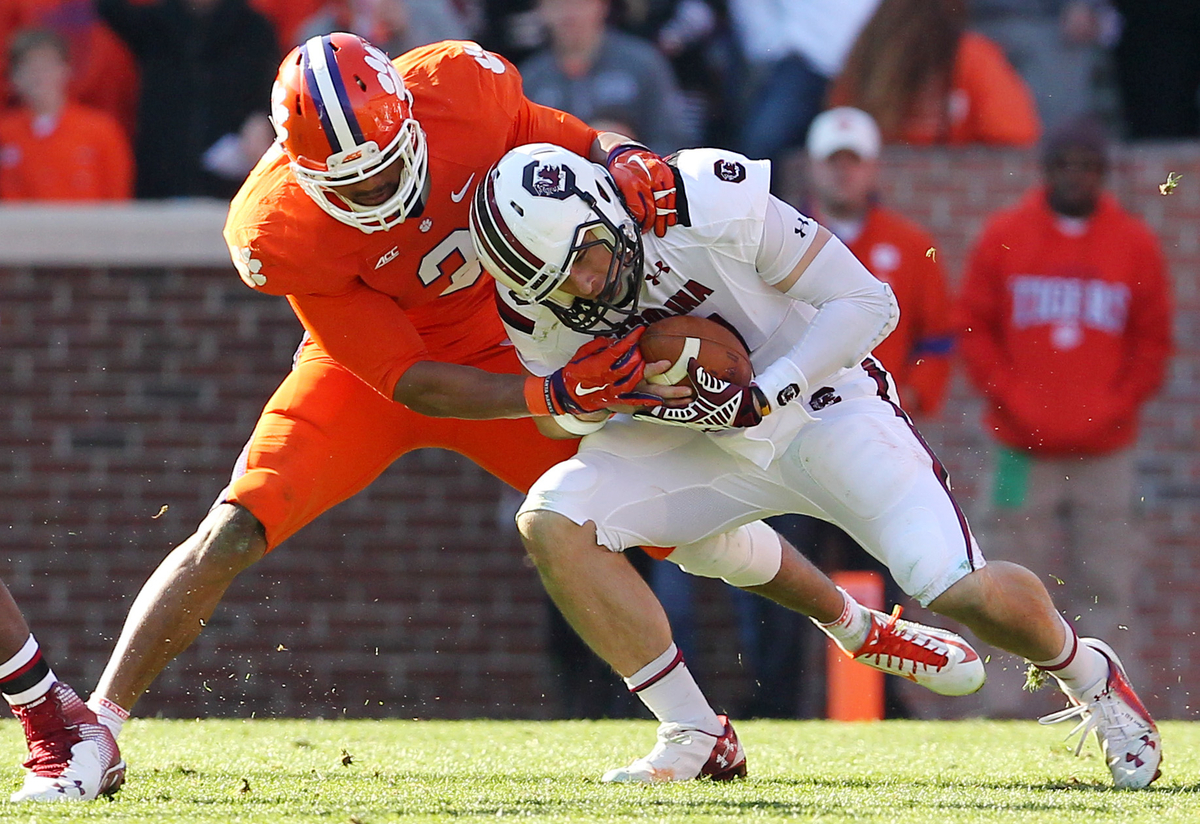 By FITSNEWS  ||  S.C. Senator Marlon Kimpson – an uber-liberal trial lawyer from Charleston, S.C. – wants to force the University of South Carolina and Clemson to pay football players a stipend of $150 per week.  He also wants the schools to pay into a new trust fund for graduating athletes.

Seriously … sports (as much as we love it) is not a core function of government, a point we made abundantly clear in opposing taxpayer funding for a low-level bowl game in Charleston, S.C.  Also, last time we checked South Carolina pays a disproportionately large percentage of its budget on a bloated, inefficient and duplicative system of higher education – one being fed by a bubble that’s about to go pop.

Anyway … this website has written extensively on the racket that is major college athletics, publishing a lengthy post earlier this year in response to the autograph scandal involving University of Georgia running back Todd Gurley.

Here’s what we had to say on the matter …

… the issue is much bigger than just paying athletes.  The entire system has to be scrapped – and started from scratch.

We get Kimpson’s arguments regarding the inequity of the current system – i.e. the tens of millions of dollars generated by the programs annually with nothing but scholarships going to the players.  Hell, we’ve made the same argument ourselves.  And unlike Kimpson, we’ve been on the record in support of paying college athletes for years.

Here’s the thing though … unless the system is privatized first, all Kimpson is doing is perpetuating inequity – not solving it.

Athletes should be paid.  Not just a little, either, or uniformly like communist soldiers … but paid based on what the market can bear (which is to say, based on their abilities).  The NCAA deliberate distorts this free market, which is why we’ve called it what it is: A “glorified 21st century slave market.”

Kimpson’s legislation does nothing to fix that …

Privatize higher ed … all of it … then the payment of players would take care of itself.