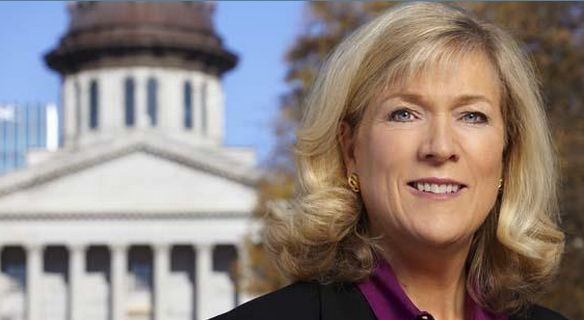 By FITSNEWS || One of the plaintiff’s lawyers in South Carolina’s landmark gay marriage ruling was the former law partner of the federal judge who ruled in her favor – raising additional questions as to what motivated the judge to take the case in the first place.

Gergel, of course, is the liberal judge who will go into the history books as having struck down South Carolina’s ban on same sex marriages – beating another judge’s ruling by a few days (and an expected ruling from the U.S. Supreme Court by several months).

While attorneys arguing cases before judges they used to work with is by no means uncommon (or unethical), it is interesting given the extent to which Gergel appears to have gone out of his way to strip this issue away from another district court judge, one who was on the verge of deciding a separate challenge to the state’s gay marriage ban.

Both judges ultimately ruled (correctly, in our opinion) that states have no right to ban gay marriage – although Gergel’s ruling preempted a decision from fellow district court judge Michelle Childs, part of an alleged schism within the LGBT community over how best to pursue the issue.

We’re not questioning whether Gergel’s ruling was correct … nor are we accusing Burnette of doing anything improper.

Our question is whether the Condon case should have been folded into the original challenge to the state’s gay marriage ban – and whether the plaintiffs who brought the second case truthfully answered a series of questions that led to Gergel’s decision to hear their complaint.

Again, we have always believed marriage is an institution of the church – and always argued individual congregations ought to decide whether to marry couples (gay or straight).  As for civil unions, we believe the equal protection clause of the Fourteenth Amendment compels government to acknowledge homosexual, heterosexual or plural unions.

But marriage – gay, straight or plural – needs no validation from government.  In fact if the flurry of conflicting federal court rulings on this issue have proven anything, it’s that government is a piss poor arbiter of this issue.