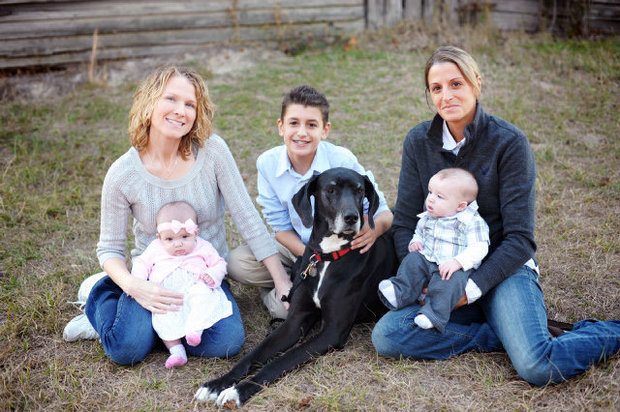 By FITSNEWS  ||  Katherine Bradacs is everything the gay marriage debate in South Carolina needed.  She’s a beautiful woman.  On top of that she’s a trooper with the S.C. Highway Patrol – which means she performs a core function of government (one that helps safeguard our lives, liberty and property).  She’s got a gorgeous partner, too … and a beautiful family.

Oh, and Bradacs and Tracie Goodwin weren’t trying to get married … they already were married, meaning their legal battle was over the state of South Carolina’s refusal to acknowledge their union.

Seriously … if you were going to script a compelling case for same sex marriage (and a compelling couple to make that case), Bradacs and Goodwin were straight out of central casting.  Their relationship shattered a host of unhealthy stereotypes regarding homosexual couples, giving those who might otherwise be inclined to oppose same sex marriage (52.2 percent of the state’s population, last time we checked) a reason to think twice on the issue.

Not only that, their argument was much easier and cleaner to make …

So why is there a “but” coming?  Good question …

So did everyone else …

That’s because Bradacs and her case have been trumped by Colleen Condon, a corrupt Charleston County councilwoman who has succeeded in making her marriage equality battle the focus of everyone’s attention.

Thanks to a variety of factors (including some behind-the-scenes maneuvering by a pair of liberal judges), Condon’s case has become the cause célèbre of the Palmetto State’s war for “marriage equality.”  As a result Bradacs – who should have been the face of the movement – has basically been shoved off stage.

Before we get into the optics of all this, it’s important to remember that more than a year after Bradacs and Goodwin were married in Washington, D.C., Condon was still “in the closet.”  In fact she didn’t come out until this website reported on her sexuality in passing last March.  But Condon has deftly taken advantage of one federal judge’s reticence and another’s desire to make a name for himself – in the process positioning herself and her partner, Nichols Bleckley, squarely in the limelight. 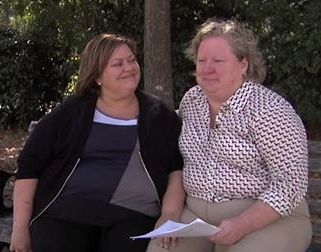 On October 15 – nine days after the U.S. Supreme Court refused to overturn a fourth circuit ruling striking down Virginia’s gay marriage ban – Condon and Bleckley filed a suit in U.S. district court petitioning for the right to marry.

Less than a month later, U.S. district court judge Richard Gergel agreed – ruling in favor of Condon and Bleckley.  According to Gergel’s ruling, gay couples could be granted marriage licenses beginning on November 20.

S.C. Attorney General Alan Wilson appealed that ruling to the fourth circuit – and lost.  He is currently appealing it to the U.S. Supreme Court – arguing that Gergel’s order should be stayed (i.e. suspended) pending the high court issuing a ruling on state marriage bans.

Condon isn’t waiting around, though.  More than twenty-four hours before Gergel’s ruling was to take effect, she and Bleckley were granted a marriage license by Charleston judge Irvin Condon.

As this website has said for years, governments should have nothing to do with marriage … churches should.  In other words if you can find a church that will marry you, government has no business blocking that – just as it has no business forcing churches to marry couples against their religious beliefs.

“We believe the ongoing legal contortions transpiring at the federal and state level over this issue demonstrate government’s unfitness to address it in the first place,” we wrote just this week. 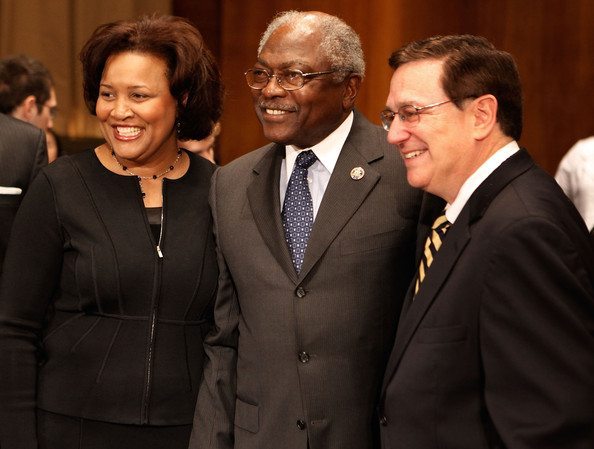 CHILDS AND GERGEL (WITH JIM CLYBURN)

According to our sources, Childs was hesitant to issue a ruling in Bradacs’ case for two reasons: First, she didn’t want to trump the fourth circuit, and second, she was afraid a controversial ruling on the case might hurt her chances for U.S. Senate approval should she be nominated to a higher bench in the future.

“She is extremely savvy when it comes to the advancement of her judicial career,” one of our sources says, calling Childs “more a political maneuverer than an accomplished jurist.”

When leaders in South Carolina’s gay movement heard Gergel was “chomping at the bit” to take advantage of Childs’ lack of forward motion on the issue, a dilemma presented itself.  On the one hand, they could be patient and await a favorable ruling on Bradacs.  On the other, they could push Condon’s case before Gergel – who was ready to dispense “justice”

They chose to press the issue …

That depends.  Condon and Bleckley have been splashed all over the media ever since they filed their lawsuit – and their exposure will continue to escalate for as long as the legal drama moves forward.  Now on the front pages of newspapers and websites in the Palmetto state (and beyond) is a vastly different “first couple” for the South Carolina gay marriage movement – one that conforms to many of the stereotypes that exist about gay couples.

That has many gay rights advocates we spoke with very upset …

“Defeat from the jaws of victory,” one told us.

Another gay advocate said her problem with Condon seizing the spotlight from Bradacs had nothing to do with appearances – and everything to do with ulterior motivations.

Whatever the motivation … the couple that was hand-picked to carry the same sex banner across the finish line in South Carolina has been effectively shoved out of the way, dramatically altering many people’s perceptions of the big moment.

Gay Marriage: When Will SC Surrender?