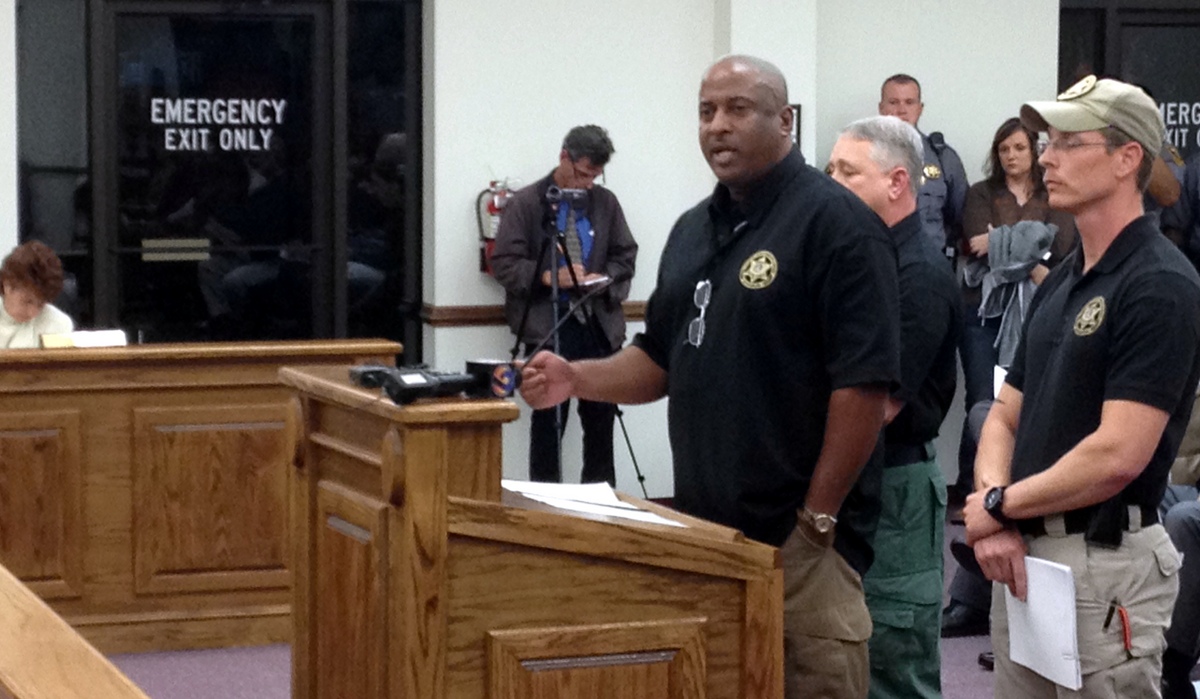 By FITSNEWS  ||  So there’s a big dispute up in Chester County, S.C. over the budget for local law enforcement – which is reportedly struggling to contain a growing gang problem.  In fact a recent gang shooting there actually killed a member of the local county council.

That shooting leads us to a video clip of a recent council meeting … one in which the local Sheriff, Alex Underwood, was accused of making threats against other council members.

Well Underwood – who claims he and his deputies are receiving death threats from gang members – was trying to get more money to combat the local gang problem, despite telling The Rock Hill Herald that county council has “never given us anything.”

Anyway, after telling the county council that “we need to set some dates, some deadlines” for getting new funding approved, a council member responded that the next budget session would begin in April.

That’s when one of his subordinates demanded to know “how many officers are going to die between now and April?”

That remark prompted council manager Carlisle Roddey to accuse Underwood of behaving like a “bully” and threatening council members.

Just another day in the life of local government here in the Palmetto State, if you ask us.

Here’s the bottom line on all this: State and local governments in South Carolina spend billions of dollars each year on stuff they have absolutely no business being involved in.  Yet when it comes time to address the things they’re supposed to do, the debate devolves into a goat show over funding (like the display above).

Or put numerically, budgets at all levels of government in the Palmetto State continue to grow beyond the bounds of population and inflation growth – yet the handful of core functions government ought to be performing (i.e. cops, courts and roads) continue to be shortchanged.

And the worst part?  Even if we give these municipal law enforcement agencies the money they demand, there’s no guarantee they’re going to spend it correctly.

Or that their leaders aren’t themselves criminally inclined!

Hell, Sheriffs get indicted practically every week in this state …