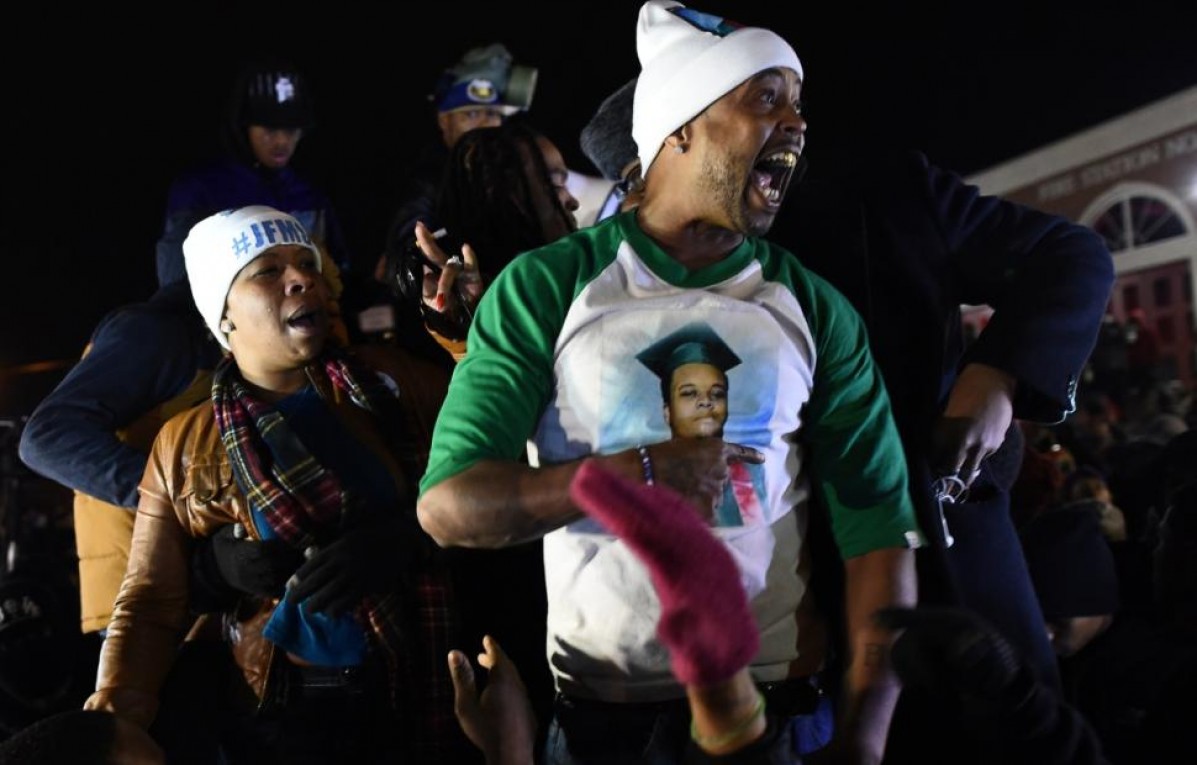 By FITSNEWS  ||  So far the “white” response to the recently announced police investigation of Michael Brown‘s stepfather – Louis Head – has been positive.

In their view, it’s not nice to incite riots … and their view has the benefit of being correct (no matter your skin color).  But is it criminal to incite a riot?  And if it is, should it be?  Let’s recap … and reflect.

Head is married to Lesley McSpadden, the mother of the 18-year-old robbery suspect who was shot and killed in Ferguson, Missouri on August 9 by police officer Darren Wilson.  Despite evidence corroborating Wilson’s version of events (namely that Brown attacked him and attempted to take his gun), the case has been pimped by racial agitators and a ratings-hungry liberal media as evidence of deadly, deep-seated racism – especially after a grand jury of nine whites and three blacks declined to charge Wilson with a crime (even involuntary manslaughter).

In the aftermath of the not-so-controversial decision, Head appeared before an angry mob of mostly black protesters in Ferguson and urged them to “burn this bitch down.”  They obliged … looting and setting fire to dozens of businesses in the St. Louis suburb.

This website has been criticized for its coverage of the Ferguson drama – which we believe to be a textbook case of misplaced, manufactured outrage.

But whether people are angry as a result of legitimate injustice or – as we see in the Michael Brown case – naked political and media manipulation, they still have a right to be angry.  And we cannot muzzle their expressions of that anger.

Head’s comment may have stirred up the crowd, but as McSpadden said the crowd was “already stirred.”

And even if it can be proven in court that Head’s comment directly or proximately caused others to loot and burn, at the end the day those are still decisions by others.  And those “others” are the ones who deserve to be prosecuted to the fullest extent of the law.

We don’t condone Head’s comment – nor do we condone the destruction of personal property it helped spawn – but at the end of the day criminalizing his speech is ludicrous.

However misguided certain anger may be, people have a right to feel – and express – that emotion.  When it becomes criminal is the moment its expression infringes on the rights of others.

That’s our view, anyway. What do you think? Vote in our poll and post your thoughts in our comments section below …

@iAdoreWhiteGals @fitsnews shoot I've been in Columbia 5 yrs and seen 4 police chased on 77,20,26. Who needs LA stay local my friend