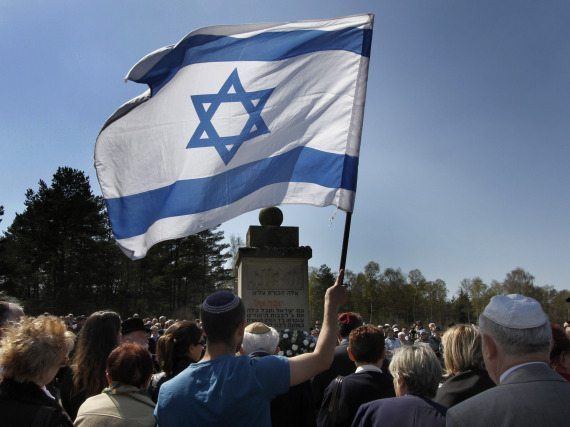 “FIGHT YOUR OWN BATTLES”

By WILL FOLKS || I knew when I signed Taylor Brown up to write for this website that I was getting a “Republican” columnist.  So I wasn’t surprised to read her latest (incredibly well-written) opus in defense of Israel – which was visited by a brutal terrorist attack this week.

Taylor’s column – which you can read HERE – isn’t just good, it’s great.  It’s precisely the sort of genuinely indignant and passionate response all of us should feel upon being confronted with the pure savagery of humankind – a chronic condition of our sinful nature that tends to manifest itself in the Middle East with particular bloodthirstiness.

“We must condemn the taking of human lives,” Taylor wrote.

And she’s right.  But come on … is there anyone who doesn’t condemn the taking of human lives?   You know, unless it’s by drone … or Syrian “freedom fighter.”

Anyway, Taylor’s column – which effortlessly channels the at-the-ready sanctimoniousness of Israeli prime minister Benjamin Netanyahu – raises a critical point, one that bears repeating by those of us who do not blindly follow Israel’s marching orders.

Despite my Germanic heritage (and the Teutonic ring of my children’s names), there’s Jewish blood coursing through my veins.  One-eighth, by some counts.  But be it 1.5 pints or zero drops of “vintage chosen,” my view on Israel would remain the same.

It’s boils down to four words, really: Fight your own battles.

When Israel responds to terrorist attacks against its citizens with overwhelming force – a.k.a. the definition of a disproportionate response – I don’t blame or criticize them.  They have a right to defend their homeland, and any Palestinian adversary (or other adversary) plotting violence against Israel had better factor such disproportionate Israeli responses into their planning.

Hell, that’s the point of the disproportionate response …

For example, were Israel to respond to this week’s savage synagogue attack by a pair of Palestinians with a broad military offensive – one resulting in many civilian deaths – I wouldn’t blame or criticism them.  No one should ever dispute the right of a sovereign nation to respond to attacks on its homeland – as long as the responding nation is prepared to justify its actions and willing to accept the potential consequences accompanying such escalations.

But Israel isn’t just asking for my (or your) endorsement of its reprisals – it’s asking me (and you) to pay for them.

Despite Netanyahu vowing Israeli “economic independence” (in 1996) and telling Congress “we defend ourselves” (in 2011), fifty-five percent of America’s “foreign military financing” budget currently goes to Israel – which accounts for a quarter of Israel’s entire military budget.  Oh … and that funding doesn’t include the costs associated with joint U.S.-Israeli military projects, including costly missile and rocket defense programs like the “Iron Dome,” “David’s Sling,” “Arrow I” or “Arrow II.”  Combined, those programs sucked $503.7 million out of the latest U.S. defense budget.

Not only that back in August, Congress sent Israel a “bonus” payment of $225 million to help subsidize its latest war in Gaza (which the Palestinians would argue is the reason for the synagogue attack).

And God forbid anyone question how Israel uses that money … because they get really defensive, really fast.

Look, I’m not saying Israel isn’t operating at a disadvantage.  It is.  Radical Islamic terrorists want the entire country wiped off of the face of the earth – and are clearly not going to stop until they’ve accomplished that goal (or died trying).  But just as America should not subsidize the defense of wealthy European nations, it shouldn’t subsidize the defense of wealthy Middle Eastern ones either.

Nor should it subsidize the terror groups fighting those nations …

Our taxpayers simply cannot afford it …

And even if they could afford it, in no way, shape or form would such expenses be consistent with the national defense obligation outlined in the U.S. Constitution.

U.S. citizens who wish to financially support the Israeli war effort should feel free to do so.  Especially Jews – who represent 0.2 percent of the world’s population yet boast 11 percent of its billionaires (including 24 percent of all American billionaires).  Or better yet, in addition to contributing they could pick up a rifle and man a post in the Holy Land.

Again … fight your own battles.

Of course that sort of thinking is anathema to the Israel lobby, which believes the defense of its homeland should come out of your paycheck.

Taylor: “I Stand With Israel”