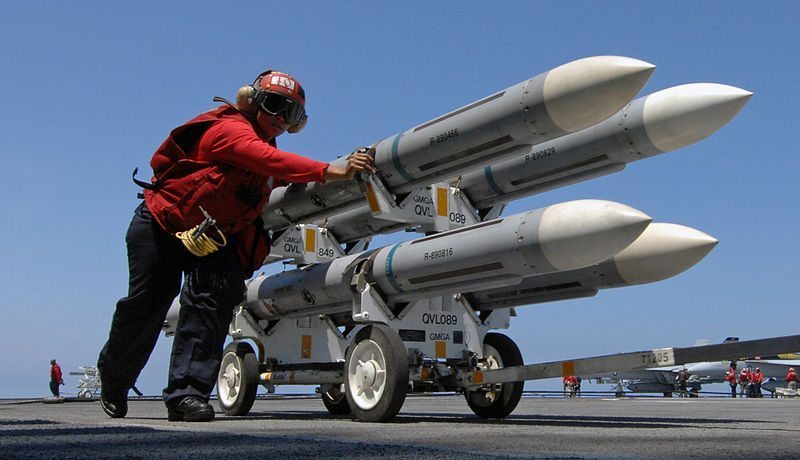 || By RON PAUL  ||On Friday the House passed a massive National Defense Authorization for 2016 that will guarantee US involvement in more wars and overseas interventions for years to come.  The Republican majority resorted to trickery to evade the meager spending limitations imposed by the 2011 budget control act – limitations that did not, as often reported, cut military spending but only slowed its growth.

But not even slower growth is enough when you have an empire to maintain worldwide, so the House majority slipped into the military spending bill an extra $89 billion for an emergency war fund.  Such “emergency” spending is not addressed in the growth caps placed on the military under the 2011 budget control act.  It is a loophole filled by Congress with Fed-printed money.

Ironically, a good deal of this “emergency” money will go to President Barack Obama’s war on ISIS even though neither the House nor the Senate has debated – let alone authorized – that war!  Although House leadership allowed 135 amendments to the defense bill – with many on minor issues like regulations on fire hoses – an effort by a small group of Representatives to introduce an amendment to debate the current US war in Iraq and Syria was rejected.

While squashing debate on ongoing but unauthorized wars, the bill also pushed the administration toward new conflicts.  Despite the president’s unwise decision to send hundreds of US military trainers to Ukraine, a move that threatens the current shaky ceasefire, Congress wants even more US involvement in Ukraine’s internal affairs.  The military spending bill included $300 million to directly arm the Ukrainian government even as Ukrainian leaders threaten to again attack the breakaway regions in the east.  Does Congress really think US-supplied weapons killing ethnic Russians in eastern Ukraine is a good idea?

The defense authorization bill also seeks to send yet more weapons into Iraq.  This time the House wants to send weapons directly to the Kurds in northern Iraq without the approval of the Iraqi government.  Although these weapons are supposed to be used to fight ISIS, we know from too many prior examples that they often find their way into the hands of the very people we are fighting.  Also, arming an ethnic group seeking to break away from Baghdad and form a new state is an unwise infringement of the sovereignty of Iraq.  It is one thing to endorse the idea of secession as a way to reduce the possibility of violence, but it is quite something else to arm one side and implicitly back its demands.

While the neocons keep pushing the lie that the military budget is shrinking under the Obama Administration, the opposite is true.  As the CATO Institute pointed out recently, President George W. Bush’s average defense budget was $601 billion, while during the Obama administration the average has been $687 billion. This bill is just another example of this unhealthy trend.

Next year’s military spending plan keeps the US on track toward destruction of its economy at home while provoking new resentment over US interventionism overseas.  It is a recipe for disaster.  Let’s hope for either a presidential veto, or that on final passage Congress rejects this bad bill.