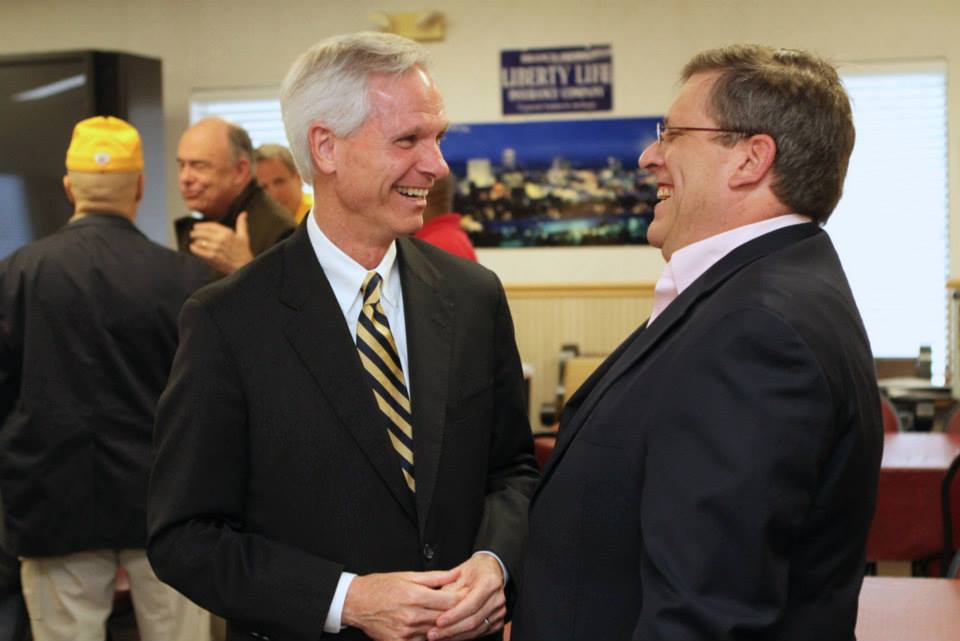 MAYBE … BUT IS THAT BAD?

There are a lot of reasons for South Carolina voters to oppose U.S. Sen. Lindsey Graham’s reelection.

Ready for the litany? He’s a shameless warmonger. And special interest whore. And fiscal liberal. And Obama abettor. And neo-fascist. And friend of terrorists. And thief of your liberty. And a fraud and hypocrite …

What’s not on our list of items, though? “Grahamnesty,” a word that’s become synonymous with Graham’s support of amnesty for illegal aliens.

Our view on immigration is pretty simple: If an illegal immigrant is arrested for a crime, they get deported (to the extent it’s practical).  Oh, and no government benefits for illegal aliens … ever.

Beyond that, though, we don’t get the fuss over this issue. Even with America’s income and employment situation deteriorating, there are still jobs certain people feel are beneath them – and without labor to perform those jobs, the country breaks down.

Oh, And the “border fence” and mass deportations envisioned by anti-immigration hardliners are simply fantasies.

As Alex Nowrasteh of The Cato Institute recently wrote: “It is foolish to expect legalization and enforcement alone to stop unauthorized immigration. The demand is too strong on both sides of the labor equation. We need reforms that adapt to that reality.”

Trying to talk sense on immigration reform in a South Carolina “Republican” primary is like trying to explain the National Hockey League’s “icing” rule to a roomful of Palmetto preschoolers. Or trying to explain to either group that we are all immigrants.

One candidate taking fire for his views on immigration is Det Bowers – a Columbia, S.C. pastor who has made news for some of his controversial views on marriage (and more specifically, divorce).

“Det Bowers is essentially for amnesty,” one GOP source tells FITS. “He takes the same stand as the Gang of Eight’ Bill, but claims that if the illegal alien completes the steps, he or she can stay in the country, but must still apply for citizenship. That is essentially amnesty, because there is no punishment for the lawbreaker.”

Our source points out – accurately, we might add – that Bowers position is at odds with every other GOP candidate seeking the U.S. Senate seat (at least every other candidate not named Lindsey Graham).

“The other challengers disagree with (Bowers’) stance and believe that the illegals should not be allowed to stay in the country,” our source said.

In other words, if you’re a hardliner on immigration then Graham and Bowers are probably not the best candidates for you to consider.