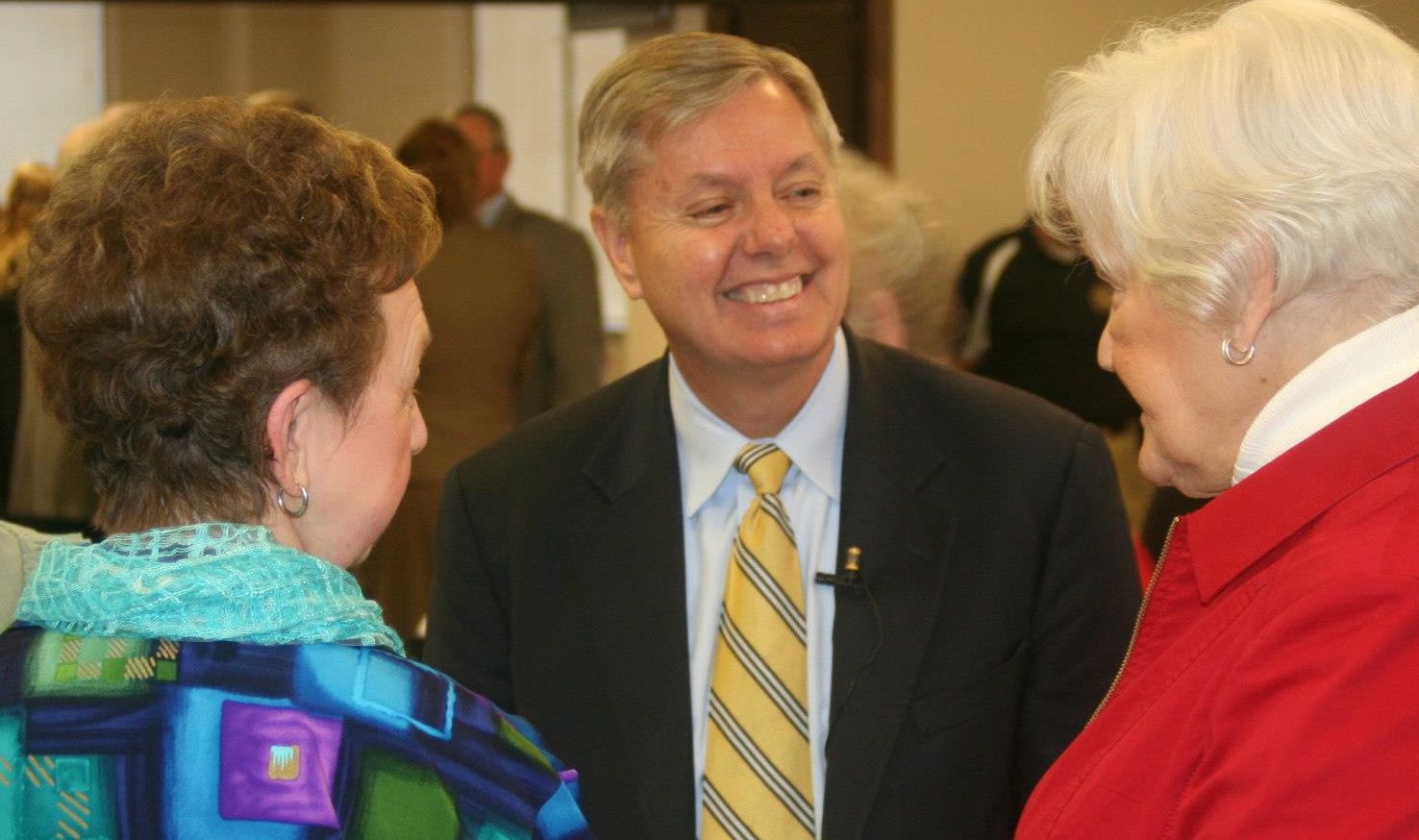 We’ve frequently referred to U.S. Sen. Lindsey Graham as a “neo-conservative whore” due to his incessant shilling on behalf of our nation’s military-industrial complex (and his incessant warmongering).

Graham – who habitually votes in government’s interest and against the interests of taxpayers – is one of the most bought-and-paid for political prostitutes in Washington, D.C. according to a devastating new report from the Center for Public Integrity.

In fact with one exception – scandal-scarred New Jersey Democratic Senator Robert Menendez – no member of Congress is more beholden to special interests than Graham.

“South Carolina Republican Sen. Lindsey Graham raised more money from lobbyists ahead of the 2012 election than any other member of Congress save one — an impressive feat considering he wasn’t on the ballot,” the report reveals. “Roughly 10 percent of Graham’s $2.2 million haul, about $223,000, came from lobbyists acting as ‘bundlers,’ a higher percentage than any other member.”

Not only that, the report reveals the extent to which Graham does the bidding of these big money bundlers – favoring policies supported by his financial backers.

Is anybody surprised by this news? Of course not …

Graham has been in Washington, D.C. for nearly two decades now – and he long ago sold his soul to the powerful financial interests perpetuating our nation’s failed status quo.

Also, it’s worth pointing out that Graham’s direct fundraising “bundling” doesn’t include the shady liberal money spent on his behalf in South Carolina in recent years in an effort to cover his increasingly left-leaning positions.

For example, consider the eco-radical front group that came to Graham’s defense four years ago when he was the only “Republican” in Washington, D.C. to support U.S. President Barack Obama and then-Senator John Kerry’s climate change bill.

This group funded television ads in the Palmetto State claiming Graham was “fighting to protect South Carolina,” of course these spots neglected to mention that the climate change legislation he was pushing was likely to raise South Carolinians’ power bills by as much as $4,000 a year.

After a little digging, FITS discovered that this “Republicans for Environmental Protection” groups wasn’t so “Republican” after all.

Which makes it not unlike “Miss Lindsey …”

Related Topics:2012 lobbyist contributionsCenter for Public IntegrityLindsey Graham
Up Next

SCGOP Chairman: “My Opponents Are Terrorists”