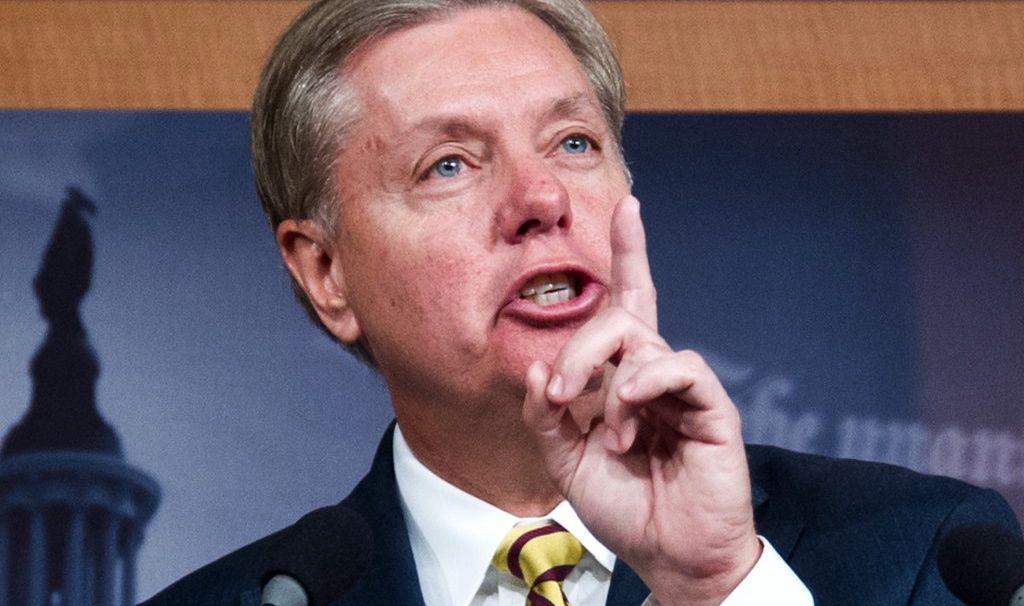 U.S. Sen. Lindsey Graham (RINO-S.C.) wants Congressional Republicans to stop “making it personal” with the administration of Barack Obama over the ongoing scandal into the Internal Revenue Service (IRS) – which engaged in a concerted effort to muzzle the president’s critics prior to his 2012 reelection.

Graham has also concluded – without the benefit of any independent investigation – that there is “no evidence” the White House was involved in the scandal.

Well, well, well … is it really any surprise that the most liberal “Republican” in the U.S. Senate has come rushing to Obama’s defense as the latest (and greatest) of his many scandals rages in Washington, D.C.?

Remember, Graham was the only Republican in Congress to back Obama’s controversial carbon tax and he voted to confirm both of Obama’s far left appointments to the U.S. Supreme Court. More recently he voted to raise taxes on all income earners during the “fiscal cliff” debate. Seriously … with “Republicans” like Graham, who needs Democrats?

Also we hate to break it to “Miss Lindsey” but the White House knew about this scandal as far back as June 2012 – and did nothing about it. As far as we’re concerned, that’s being “involved.”