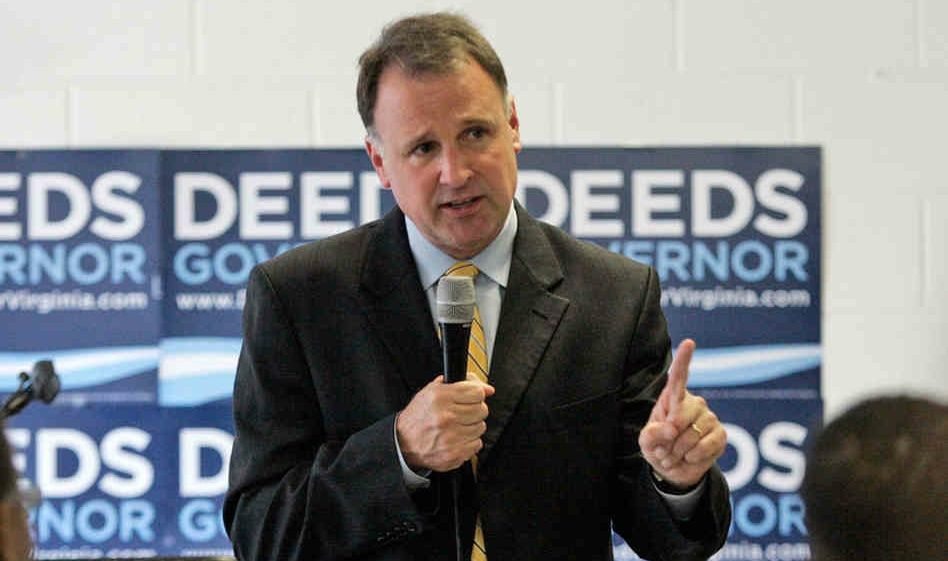 Creigh Deeds – the 2009 Democratic nominee for governor in the state of Virginia – has been hospitalized with severe stab wounds while his son, Gus Deeds, has been killed by a gunshot wound.

All in an early morning incident at Deeds’ rural Virginia residence …

What happened? At this point details are sketchy … but initial reports suggest Deeds was attacked in his home by his son, who then committed suicide.

“Virginia State Police are on the scene of an assault of a state legislator that took place Tuesday morning,” an official news release noted. “Senator Creigh Deeds has been transported to U.Va. Hospital in Charlottesville for treatment of serious injuries sustained in the assault at his residence.”

Virginia State Police confirmed that a “second individual” was “deceased” at Deeds’ home in Bath County, Virginia – an individual later confirmed to be 24-year-old Gus Deeds.

At a news conference Tuesday afternoon, Virginia State Police spokeswoman Corrine Geller said Creigh Deeds was stabbed “multiple times” in the “head and upper torso.” She added that the Senator was able to communicate with law enforcement agents in the aftermath of the attack – although she declined to reveal what he said.

Geller also declined to say whether the gunshot wound that killed Gus Deeds was self-inflicted.

Geller did say that Virginia State Police were not seeking any additional suspects in connection with the incident.

Deeds, 55, has served in the Virginia State Senate since 2001. He was handily defeated in the 2009 governor’s race by Republican Bob McDonnell – falling victim to the initial wave of backlash against the policies of U.S. President Barack Obama.

Four years before that – in 2005 – McDonnell narrowly defeated Deeds in a statewide election for Attorney General.

“Creigh Deeds is an exceptional and committed public servant who has always done what he believes is best for Virginia and who gives his all to public service. He cares deeply about Virginia, and the people of Virginia care deeply for him,” McDonnell said in a statement Tuesday. “I urge all Virginians today to join me in praying for a full and complete recovery for Creigh and for many more years of his public service to the commonwealth. At this moment, our state unites in prayer for Creigh Deeds and his family.”

Deeds is currently listed in critical condition – receiving treatment in the intensive care unit of the University of Virginia Medical Center in Charlottesville.

Austin “Gus” Deeds – who campaigned alongside his father in 2009 – was one of four children from Deeds’ first marriage to Pamela Kay Miller. That marriage ended in divorce in 2010, and Deeds married Siobhan Gilbride Lomax last June.

UPDATE: Virginia State Police have confirmed they are investigating the Deeds’ incident as an attempted murder-suicide perpetrated by Gus Deeds, who reportedly underwent a mental evaluation on Monday evening under an emergency custody order.