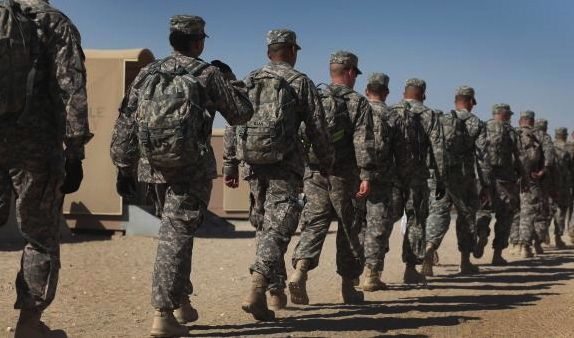 It is profoundly disturbing that the federal government is contemplating the expenditure of American dollars (and potentially American lives) to engage in a civil war in Syria. As we have noted ad nauseam over the last few weeks, the United States has no business interfering in this conflict.

There is compelling national interest, the intelligence is disputed, our military leaders are wary, our allies are nonexistent, we’d be aiding terrorists on the ground … and at the end of the day such an action is only going to make Americans less safe.

But even more disturbing than the idea of subsidizing such unwarranted aggression is the notion American military muscle could conceivably be “rented” by other sovereign nations looking to topple the regime of Bashar al-Assad.

This possibility was explicitly discussed by U.S. Secretary of State John Kerry during his disastrous hearing on Capitol Hill earlier this week.

“With respect to Arab countries offering to bear costs and to assess, the answer is profoundly yes,” Kerry said. “They have. That offer is on the table.”

Kerry went on to say “some of them have said that if the United States is prepared to go do the whole thing the way we’ve done it previously in other places, they’ll carry that cost.”

“That’s how dedicated they are at this,” he added.

In other words if these Arab nations want Syria taken out so badly, they should not just pay for it – they should do it themselves.

Individual Americans wishing to be a part of such an effort should feel free to market themselves to Arab nations as mercenaries – that’s the beauty of the free market (and it’s probably something that’s already happening). But leasing out a taxpayer-subsidized fighting force so that certain global interests can take out dictators around the world?