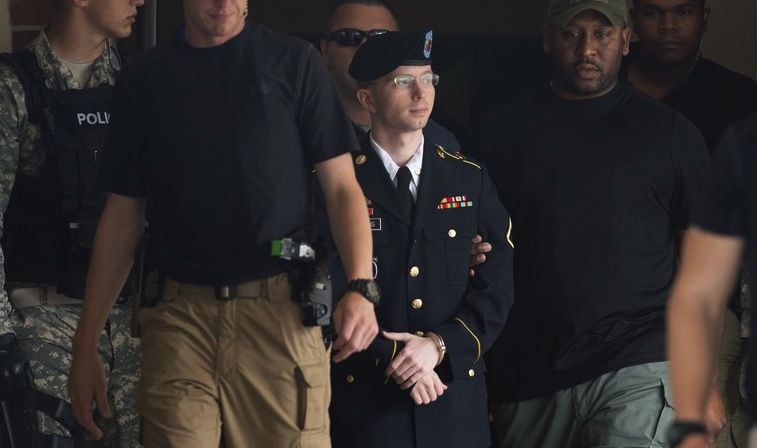 The 25-year-old Oklahoman was convicted of numerous espionage, theft and computer fraud charges last month – but was found innocent of “aiding America’s enemies,” a charge which could have resulted

As it stands, Manning will get credit for nearly four years of time served – which means he could be eligible for parole in a little over eight years.

He will serve his time at a military detention facility at Fort Leavenworth, Kansas.

Manning has apologized for the “unintended consequences” of the leaks.

“When I made these decisions, I believed I was going to help people, not hurt people,” he said.

Wikileaks founder Julian Assange claims Manning’s apology was coerced – “extorted from him under the overbearing weight of the United States military justice system.”

Some have sought to compare Manning’s situation with that of National Security Agency (NSA) whistle blower Edward Snowden, although we believe there are major differences in the two cases.

Snowden’s leak of information related to the NSA’s massive domestic spying initiative was a “heroic act,” as we’ve said all along. But Manning’s leaks strike us as substantially less-than-praiseworthy.

“Certain military documents ought to remain classified,” we wrote upon his conviction, “and while blowing the whistle on the U.S. State Department is fine (as is exposing non-tactical military information), relaying combat reports strikes us as wrong.”