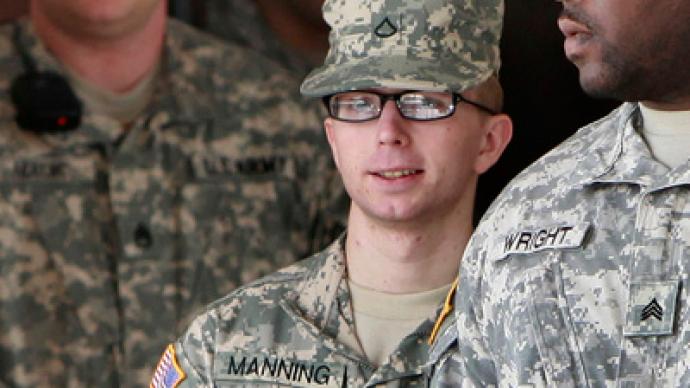 Pfc. Bradley Manning’s massive leak of classified military and diplomatic information to the website Wikileaks did not aid America’s enemies, a military judge ruled this week. Manning’s judge – Col. Denise Lind – convicted him on numerous espionage, theft and computer fraud charges related to his disclosure of more than 700,000 classified documents, but she did not find him guilty of this Civl War-era espionage statute.

Still, Manning faces dozens of years behind bars for his actions.

U.S. President Barack Obama and neoconservatives had been hoping Manning’s court martial would result in a conviction on the aiding the enemy charge – while attorneys for the former solider/ intelligence analyst sought to portray him as a conscientious whistleblower with legitimate objections to America’s various military entanglements.

Nobody got exactly what they wanted …

This website has been vocal in its opposition to the war in Afghanistan – and the broader “war on terror.” We’ve also been vocal in our support of National Security Agency (NSA) leaker Edward Snowden. But this case is very different.

Snowden’s leak of information related to the NSA’s massive domestic spying initiative was a “heroic act,” as we’ve said all along. But Manning’s leaks strike us as substantially less-than-praiseworthy. Certain military documents ought to remain classified, in our opinion – and while blowing the whistle on the U.S. State Department is fine (as is exposing non-tactical military information), relaying combat reports strikes us as wrong.

No matter what one thinks of the worthiness of a conflict …

Of course our government is rapidly evolving into an genuinely Evil Empire – meaning our willingness to defend its right to keep such information secret is waning.

On the broader issue, though, the Manning ruling was a victory for those who believe leaking information does not automatically make one a card-carrying member of al-Qaeda.