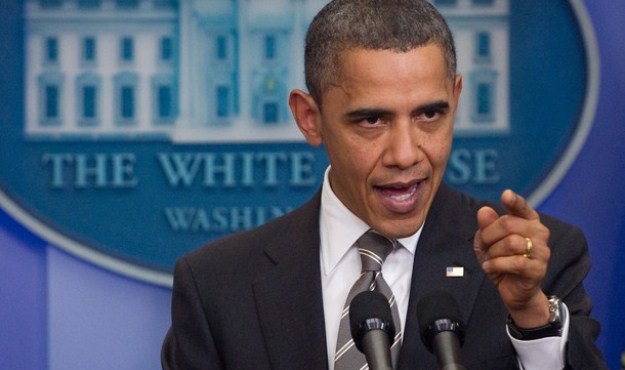 Barack Obama’s minions – including his future White House counsel – began targeting his political opponents as far back as 2008, according to a report published in The Wall Street Journal.

The WSJ report – written by Kimberly Strassel – highlights the extent to which Obama’s goons went after their political opponents (including Democrats loyal to his 2008 primary opponent, Hillary Rodham Clinton).

So much for freedom of speech, right?

This website has spent the last four-plus years blasting Obama’s reckless fiscal, regulatory and foreign policies – but we’ve been careful not to make it personal. In fact we’ve gone out of our way to mock and discredit those who go after Obama personally (arguing that they are detracting from the legitimate ideological criticisms which need to be made).

Also, it’s worth pointing out we ripped on Obama’s predecessor – referring to him as the worst president ever.

We’re doing being nice, though. Obama is a fucking thug, people. A Chicagoland gangster. A silver-tongued “smooth criminal” with no morals or ethics who ruthlessly wields his power – assailing his enemies while letting his allies get away with all manner of illegality.

The MSM Has A Shoe Fetish, Too?

The Left’s Excuse? Government Is Too “Vast”