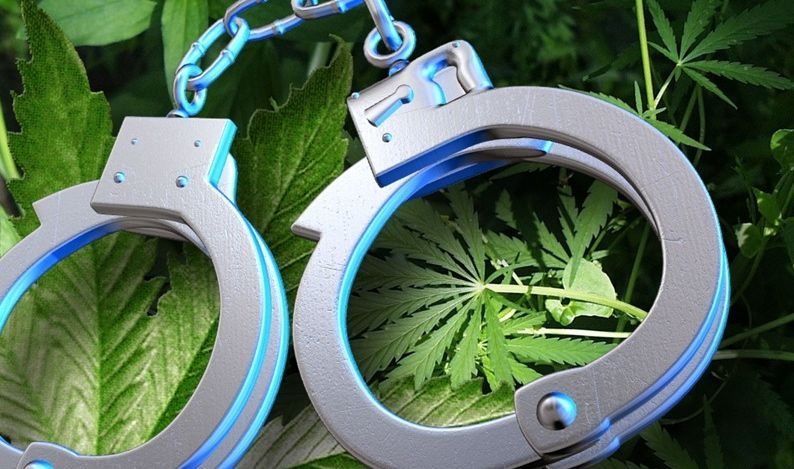 The American Civil Liberties Union (ACLU) released a report this week detailing “The War on Marijuana in Black and White.” The report concluded that there is massive over-policing when it comes to marijuana, that there is a “staggering racial bias” prevalent in marijuana possession arrests, and that the government is wasting time and money in its failed effort to crack down on use of the drug.

Between 2001 and 2010, there were over 8 million arrests related to marijuana in the U.S., 88 percent of which were for possession. Approximately half of all drug arrests in 2010 and 2011 were on marijuana-related charges, according to data that was compiled from police records from all 50 states and the District of Columbia. These arrests are happening despite the fact that 18 states now allow for medicinal marijuana use and 13 states have passed or expanded laws decriminalizing marijuana use in recent years.

In November, 2012 voters in Colorado and Washington State made it legal to smoke marijuana recreationally – without a prescription or medical excuse. Colorado’s marijuana law passed with 54 percent support, and Washington’s with 55 percent, reflecting the will of a people ready to decriminalize this drug. The federal government, however, still considers marijuana a Schedule I prohibited substance and has enforced federal marijuana laws in some states while leaving others alone.

But local police are still cracking down everywhere, and they are cracking down disproportionately on black people, even though the rate of marijuana use among white and black Americans is approximately the same. The ACLU’s report found that black Americans were 3.73 times more likely to be arrested for marijuana possession than whites.

“We found that in virtually every county in the country, police have wasted taxpayer money enforcing marijuana laws in a racially biased manner,” said Ezekiel Edwards, the director of the ACLU’s Criminal Law Reform Project and lead author of the report, in a statement to The New York Times.

Racial bias and federal funding go hand in hand. The ACLU’s report found that federal programs give incentives for racial profiling by using arrest numbers to measure performance when distributing hundreds of millions of dollars to local law enforcement agencies annually. This results in local police departments focusing on poorer, mostly minority, neighborhoods to meet federally established quotas for funding. The police are making arrests for low-level offenses – like marijuana possession – that are easier and cheaper to process instead of serious felony crimes, such as drug trafficking.

Thus, taxpayer money is being used to waste taxpayer money to arrest people for simple possession of marijuana, a drug that more and more Americans are voting to legalize formedical and recreational use. Additionally, all of this enforcement is for naught. The rate of marijuana use among the American public has not decreased as a result of the billions in state and federal dollars spent on this effort. And for those caught in the marijuana dragnet, disproportionate numbers of whom are black, an arrest and conviction for marijuana possession can potentially ruin a future.

It is time for local and federal law enforcement and legislators to pay attention to the winds of change. Legalize marijuana, tax and regulate it in the same way that alcohol is taxed and regulated, and spend taxpayers dollars pursing and prosecuting serious criminals and crimes. Both the financial and human costs of this failed “war” are far too high to justify its continuation.