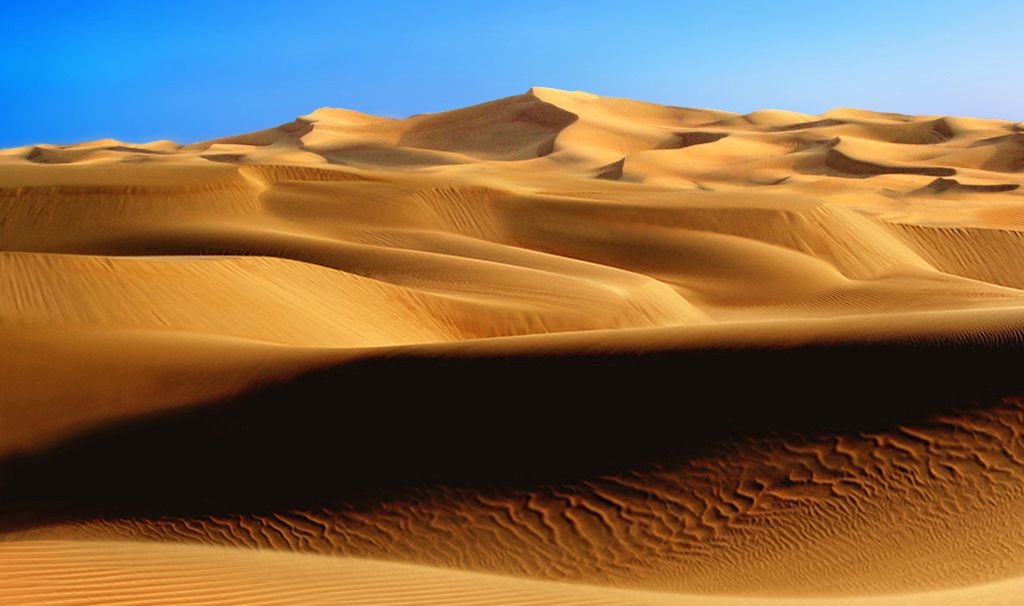 Zero Hedge – which we have come to regard as the most fantastic economics website on the planet – has a great guest post up this week comparing the Federal Reserve’s ongoing money printing experiment to pumping dune after dune of new sand into a desert.

“We have $100 billion of new sand being pumped in by the Fed each month,” writes author Mark J. Grant. “Our desert doesn’t get much wider as defined by new issuance and so one dune is heaped on another, the compression continues and yields, even from here, will decline.”

“Our sand trap is a fabulous world for borrowers and issuers and a miserable world for investors,” Grant continues. “Over a period of time wealth declines as the bonds markets hold five times the assets of the equity markets and so the lack of yield, of income, begins to take its toll on consumer spending, on corporate revenues and then on profits and on the ability of those dependent of savings to maintain their standard of living. The continual flow of money has helped the banks and helped corporate borrowers but it has not filtered down to the savers and, in fact, their position has been lessened by what the Fed has done.”

In other words exactly what’s happening …

Ready for the scary part?

“Someplace on the timeline there is a line of declination coming,” Grant writes. “People are getting poorer while banks and corporations are getting richer and so the ability of the consumer to keep buying goods and services is declining which pushes on the deflation part of the equation.”

Eventually, Grant contends, this “declination” of the consumer’s purchasing ability will result in a “meaningful decline in corporate earnings,” which he says is when “real trouble begins.”

That’s a comment we’ve offered up on repeated occasions as it relates to the ongoing stretching of income-earning Americans by their political leaders in Washington, D.C. Eager to subsidize crony capitalist “economic development” bailouts as well as a mushrooming welfare state, the middle class taxpayers in the center are being doubly screwed.

“We are wandering in the desert,” Grant concludes, adding “there is no Moses in sight.”

Lazenby: “Do Not Rape Your Fellow Soldier”