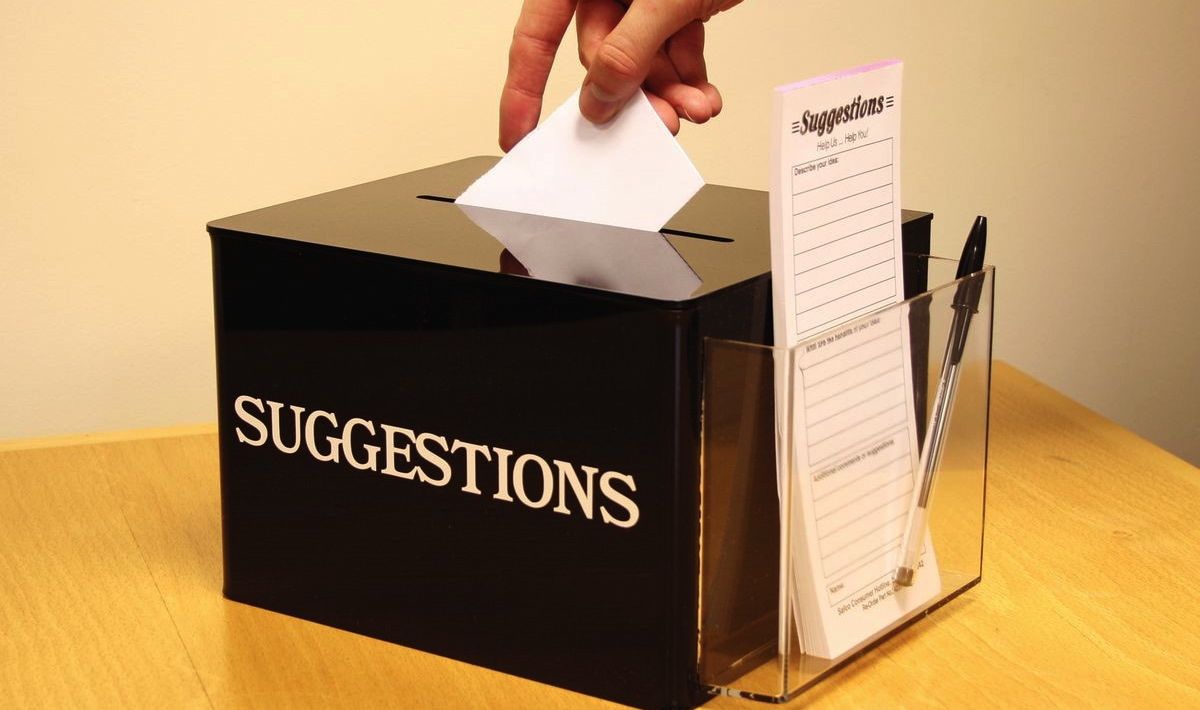 As fate would have it I was in Charleston, S.C. on Tuesday afternoon for a series of meetings and – against my better judgment – decided to stick around to cover yesterday evening’s big first congressional district election.

As the entire country knows by now, what was supposed to be a close race in the Palmetto State’s lovely Lowcountry wound up being a near-landslide victory for former S.C. Gov. Mark Sanford – who just a few short weeks ago seemed on the verge of getting routed by well-funded Democrat Elizabeth Colbert-Busch.

Sanford’s surprisingly strong margin of victory touched off a raucous celebration at the Liberty Taproom in Mount Pleasant, S.C. – where the former governor and his supporters had gathered to watch the returns come in. In fact the boisterousness of the evening reminded me of a similarly raucous night nearly eleven years ago when Sanford was elected governor of South Carolina over incumbent Democrat Jim Hodges.

I was Mark’s media guy back then … part of a four-year stint I did with him on his gubernatorial campaign and later in the S.C. Governor’s Office.

There’s been a lot of water under the bridge since then – as evidenced by this website’s decision to endorse another candidate in the GOP primary for the open first district seat. Of course when the race boiled down to Sanford versus a fiscally liberal “Republican,” FITS endorsed Sanford (albeit unenthusiastically).

We were going to endorse him a second time, however his refusal to stand firm on his free market ideals during a recent debate rubbed us the wrong way … and so we stayed out of his special election showdown with Colbert-Busch. Curiously, this non-endorsement earned us an equal measure of disdain from both campaigns.

Anyway, as Sanford’s victory party wound down at the Liberty Taproom, I ran into the conquering hero on my way out of the restaurant. 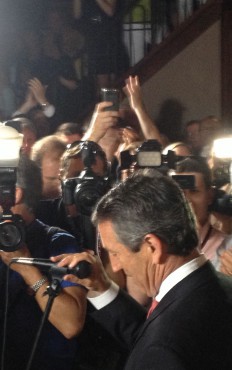 “Nice show,” I told him, glancing over his shoulder as reporter Schuyler Kropf of The (Charleston, S.C.) Post and Courier snapped our picture for some Sanford book he’s co-writing with fellow Post reporter Tony Barteleme.

“Thanks! Hey!” Sanford responded. “I miss you man.”

“Listen,” I told him. “When you get back up there don’t flake like you did in that debate. Stand firm on those free market principles, Mark.”

“What?” he responded. “What are you talking about?”

It was a personable exchange – but it didn’t lack for directness because I know the guy well enough to tell it to him like it is. Or at least like I see it.

And the way I see it, it is vitally important for Sanford not to flake. In fact perhaps more than any other politician in the U.S. Congress, it is absolutely essential for Sanford to not waver on the vital free market, individual freedom and pro-taxpayer issues that will determine whether America pulls itself back from the brink or goes over the edge of the abyss.

Remember, Sanford won this race because voters were able to recall (belatedly) the crusading fiscal conservative who spent six years in the late 1990s battling a culture of excess and corruption in Washington, D.C. In his victory speech on Tuesday night, Sanford claimed first district voters had “sent a message” as well as a “messenger” to the nation’s capital.

Well listen, Mark: You had better damn sure stay true to that message … and be a consistent messenger.

That means no crony capitalism – even when the spoils would benefit your district or his state. Unfortunately, this was one of the areas Sanford flaked on during his debate with Colbert-Busch, arguing in favor of earmark spending so long as the line item in question wasn’t called an “earmark.”

And guess what … it shouldn’t be hard for him to do so. Unlike many “Republican” lawmakers in Congress, Sanford is uniquely positioned to champion this no-holds-barred taxpayer advocacy (which is being advanced almost uniformly by fellow U.S. Reps. Mick Mulvaney, Jeff Duncan and Trey Gowdy – Sanford’s new delegation mates).

Why? Because the “Republican” establishment in Washington turned its back on him in this race  – which means he owes the “other” party of big government absolutely nothing. In other words when the John Boehners, Eric Cantors and Paul Ryans of the “Republican” majority come calling for his vote on whatever the latest taxpayer sellout is, Sanford can politely tell them where they should shove such requests.

My second piece of free advice for Sanford? Don’t dish. Ever, ever, ever again.

There is not a South Carolinian or Beltway Insider who hasn’t grown sick to their stomachs at the “elegant sufficiency” of details they’ve been forced to digest from Sanford’s incredibly annoying personal life. You have feelings, dude. Everybody gets that. But you are a man. So shut the fuck up and do your damn job.

Seriously … the words “forgiveness,” “redemption,” “seasons of life,” and “soul mate” (among many other nauseatingly narcissistic phrases) must be permanently erased from Sanford’s lexicon. In fact all he has to do at this point as it relates to his personal life? Stand next to his drop dead gorgeous Argentine wife-to-be and smile. Because she’s a star in the making, people …

My final bit of advice for Sanford? No gimmicks.

The whole “I slept in my office to save you money” thing was a nice touch … but this country isn’t going to be rescued by gimmicks, it’s going to be rescued by draconian reductions in the size and scope of government, long-overdue entitlement reform, a non-invasive foreign policy and competitive tax policy that pumps (lots) more money into the consumer economy as opposed to crony capitalist handouts.

South Carolina has given you a second chance, Mark Sanford. Don’t fuck it up.