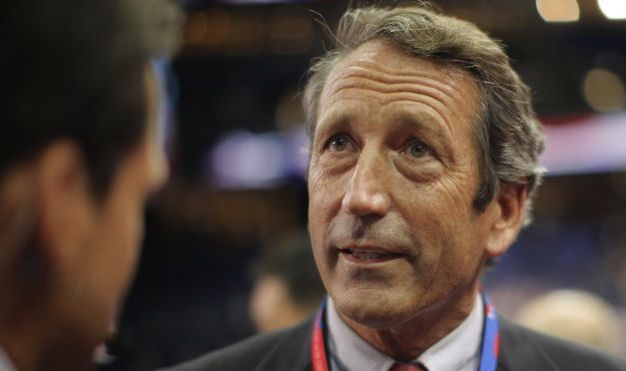 Nearly four years after his promising political career imploded in a tangled web of passion and deceit, the scandal-scarred two-term Palmetto State governor pulled off a remarkable comeback victory against a well-funded Democratic opponent, Elizabeth Colbert-Busch.

In fact the special congressional election that every late poll predicted would come down to the wire wound up being a blowout. With 99 percent of precincts reporting, Sanford scored a resounding nine-point victory over Colbert-Busch.

“This is damn sure a red state,” one Republican lawmaker told FITS. “He killed her.”

Talk about a rapid reversal of fortune …

Trailing by nearly ten points with less than two weeks to go before Election Day, Sanford appeared dead in the water – unable to get out of his own way after trespassing allegations made by his ex-wife revived chatter about his personal life (and doubts about his fitness for office).

But Sanford (belatedly) managed to pivot the race away from his chronic need for forgiveness and back on the bread-and-butter fiscal issues that defined his first turn in the U.S. Congress – namely his staunch fiscal conservative record.

“A guy came up to me the other day and said ‘you look a lot like Lazarus,'” Sanford said.

With his victory, Sanford reclaims the congressional seat he occupied from 1995-2001 – during which time he staked out solid free market ground on a wide range of issues.

We hope so … although the governor’s refusal to embrace his free market roots during a recent debate with Colbert-Busch gave us sufficient cause for pause so as to refrain from endorsing his candidacy.

Hopefully the governor’s chronic need for acceptance won’t cause him to compromise his principles any more than he already has.