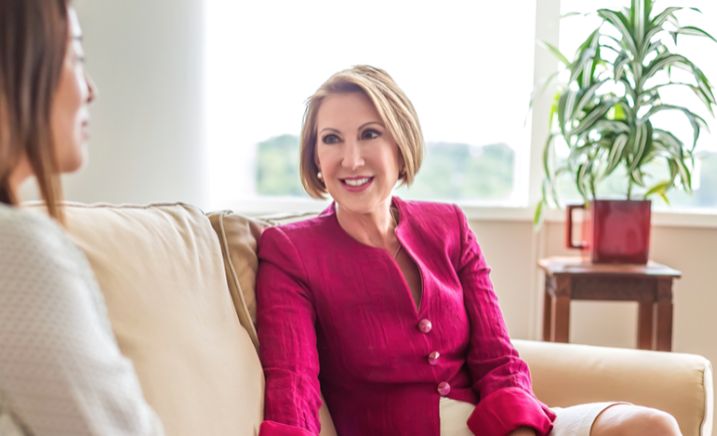 || By FITSNEWS || We have yet to mention former Hewlett Packard CEO Carly Fiorina in our list of presumptive presidential candidates … although it’s looking increasingly as though we might have to start.

How come?  Because the sixty-year-old businesswoman – who ran unsuccessfully for the U.S. Senate in California in 2010 – is actively discussing her interest in the GOP nomination.  She’s also weighing in on some of the issues likely to come up over the course of a presidential campaign.  Why does that matter?  It doesn’t, really … aside from the fact Fiorina is one of only two women to openly express interest in a possible 2016 presidential bid.

For as long as she can sustain it, that makes Fiorina’s long shot bid newsworthy for its novelty …

“Fiorina is positioning herself as a business-savvy outsider with a compelling personal story who can command a stage,” reporter Jonathan Topaz of Politico wrote last month.  “If she avoids stumbles, a run could boost her standing in GOP circles; some speculate her real goal is the vice presidency or a Cabinet slot.”

And command the stage Fiorino did last week in Iowa – earning rave reviews for her remarks at a “Faith and Freedom” Summit there.

You know … unlike the other woman to express interest in a possible 2016 presidential bid (a.k.a. Sarah Palin).

Anyway, Fiorina weighed in this week on the issue of vaccinations – telling BuzzFeed‘s McKay Coppins “vaccinating for measles makes a lot of sense.”

“But that’s me,” Fiorina added.  “I do think parents have to make those choices. I mean, I got measles as a kid. We used to all get measles… I got chicken pox, I got measles, I got mumps.”

Fiorina’s comments come after New Jersey governor (and fellow 2016 presidential contender) Chris Christie took heat for his comments regarding the measles vaccination – which U.S. President Barack Obama has strongly urged all parents to get for their children.

“Parents need to have some measure of choice in things as well, so that’s the balance that the government has to decide,” Christie said.

Why does this issue matter in early-voting South Carolina?  Ask governor Nikki Haley … who got caught adopting conflicting positions during the debate over vaccinations for against human papillomavirus (HPV).

Our view?  Any vaccination for any disease ought to be the exclusive purview of parents …

There is no “balance” to be struck.  It is (or should be) a parent’s choice, simple as that.  In most cases we recommend in favor of vaccinations (and we don’t necessarily buy into the theory that certain vaccinations lead to conditions like autism), but whatever the arguments for or against … we don’t believe they should be compulsory.

Arguing the other side of that equation? Former Texas governor (and 2016 hopeful) Rick Perry – who in 2007 mandated girls in Texas receive the HPV vaccine. Perry later flip-flopped and termed his mandate a “mistake.”