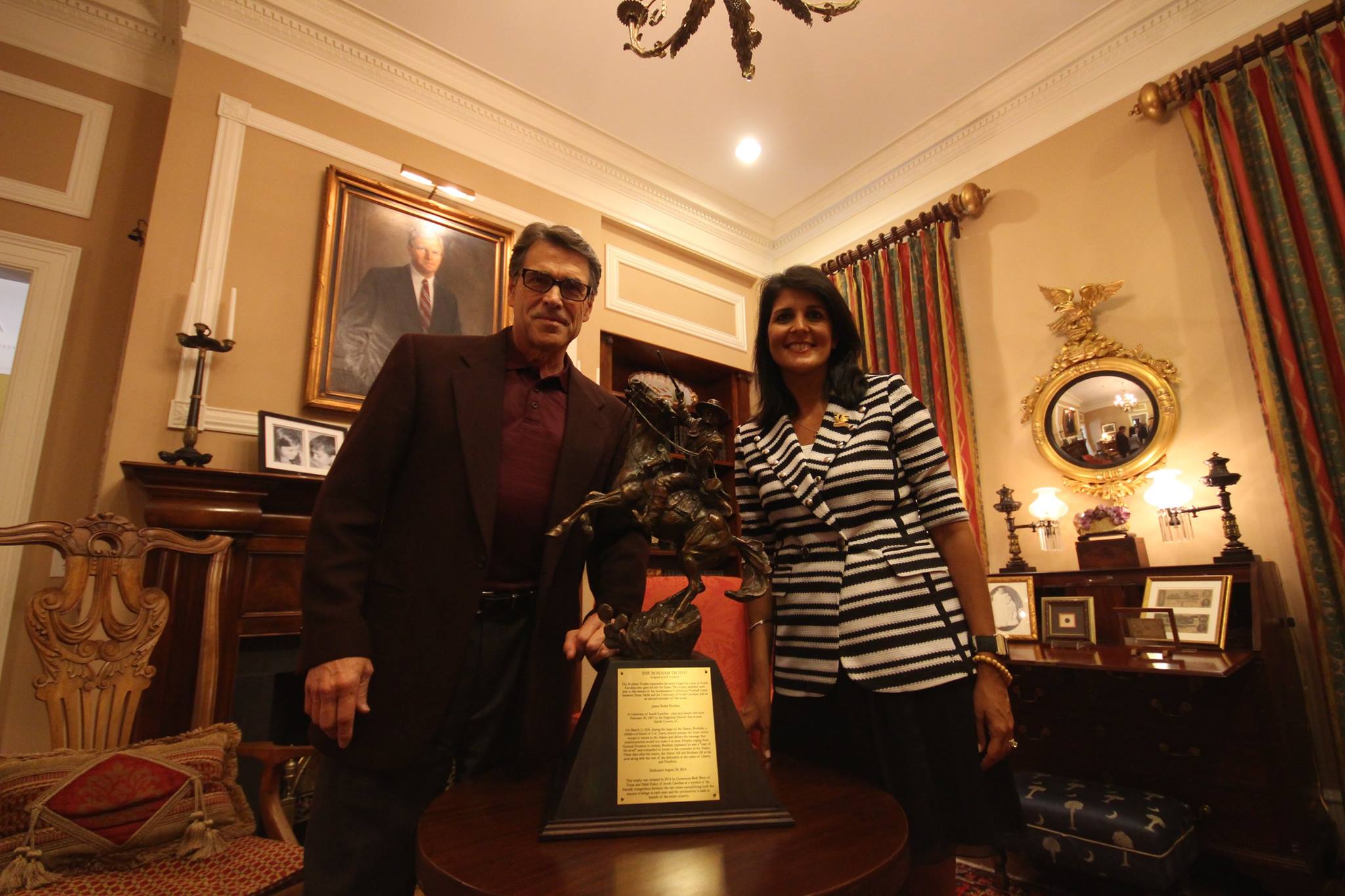 || By FITSNEWS || Former Texas governor Rick Perry paid another visit to early-voting South Carolina this week in the hopes of bolstering his 2016 presidential aspirations.

Not well … Perry had a captive audience of some of the Palmetto State’s most influential people when he addressed a S.C. House Republican Caucus event at City Art in downtown Columbia, S.C. on Tuesday evening.  But the event – organized by former SCGOP chairman Katon Dawson – quickly turned into an unmitigated disaster.

Perry’s microphone stopped working about a minute into his remarks … yet he proceeded to ramble on for another thirty-nine minutes.

“No one could hear him,” one attendee told FITS.  “And after a few minutes they stopped trying.”

“(His) mic broke after one minute,” another attendee said.  “He continued to speak for thirty-nine minutes more.  The crowd disengaged after about five minutes.  People were going to the bar as he spoke, talking in the buffet line, texting on their phones – walking out.  It was a Texas goat rodeo with Perry playing the boring clown – only instead of a red nose he sported those geeky glasses.”

“This guy is toast,” one S.C. Representative told FITS.

What did those who actually heard Perry’s comments thinK?

“Unimpressive,” a lobbyist who attended added, saying the candidate was “canned.”

“Cliché after cliché,” one elected official in attendance told us.

After being anointed as the GOP frontrunner upon his entry into the 2012 race, the Lone Star politician saw his campaign unraveled by poor debate performances.  That forced him to abandon his White House bid prior to the “First in the South” presidential primary election – endorsing the candidacy of liberal “Republican” Newt Gingrich.

Perry made headlines last year for his “tough guy” approach to dealing with the issue of illegal immigration (which we suspect South Carolina voters will like) – but he’s also been at the heart of a major scandal associated with his rampant crony capitalism (which we suspect they won’t like).

Of course to get people to like what you’re saying … they have to first be able to hear it.

Rick Santorum Staffing Up In SC