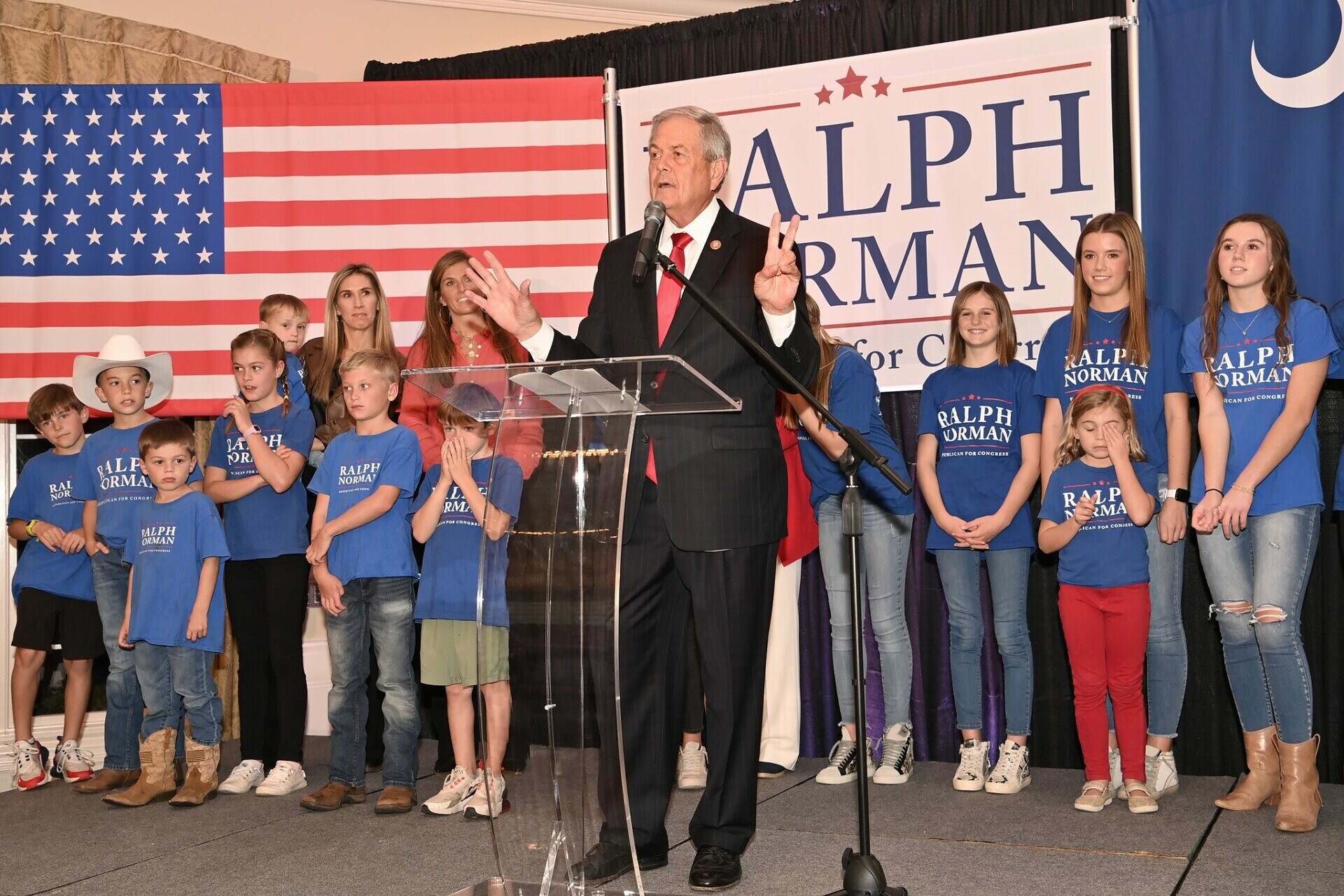 Now, another Palmetto State GOP lawmaker is likely to find himself on the receiving end of a credible challenge next fall …

Ralph Norman – who represents South Carolina’s fifth congressional district – is one of twenty GOP lawmakers currently refusing to support the speakership of California moderate Kevin McCarthy. These hardline holdouts have denied McCarthy the gavel of the ostensibly GOP-controlled U.S. House of Representatives for the past two days – stalling the ability of “Republicans” to begin advancing their agenda in our nation’s capital.

Newly elected House members cannot even be sworn in until a speaker is elected.

McCarthy’s chaotic bid for the speakership marks the first time since 1923 that the chamber has failed to elect a leader on the first ballot. Even an attempt by former U.S. president Donald Trump to tip the scales in McCarthy’s favor failed miserably.

To be clear: I have no dog in this fight. As far as I am concerned, Republicans (and Democrats) can go fly a kite. Or “make like a tree,” to quote 1950s tough guy Biff Howard Tannen. Both parties are disasters when it comes to the issues that matter to the sustainability of the Republic.

So the question of which bought-and-paid-for figurehead sits atop either one of them seems pointless … although some believe blocking McCarthy’s ascension is essential to (finally) providing citizens with a “choice not an echo” in Washington.

Ultimately, though, I don’t care. The battle feels like a pair of horse flies fighting for space on the rear bumper of Thelma and Louise’s blue Thunderbird as it careens into the Grand Canyon.

But while Norman’s vote against McCarthy’s speakership doesn’t matter to me, it could matter to his future electoral viability.

According to sources familiar with the situation, several credible challengers – including sitting state lawmakers – are mulling 2024 GOP primary challenges to Norman.

“They are legit,” a source familiar with the prospects told me.

One source reportedly helping organize the effort is former White House chief of staff Mick Mulvaney, who previously held Norman’s seat from 2011-2017 prior to being tapped as Trump’s first budget director.

Norman was already facing criticism over a text message he sent to former White House chief of staff Mark Meadows calling on Trump to impose “Marshall Law” in the aftermath of the January 6, 2021 rioting at the U.S. Capitol. Meadows – who recently claimed residency in South Carolina – is the focus of several investigations related to the January 6 rioting.

?(W)e are at a point of no return in saving our Republic!!” Norman wrote in his text message to Meadows. “Our LAST HOPE is invoking Marshall Law!! PLEASE URGE TO PRESIDENT TO DO SO!!”

That message – sent on January 17, 2021 – stood in stark contrast to public statements made by Norman around the same time calling for “a peaceful transition” of power to the administration of Joe Biden.

This news outlet reached out to Norman for comment but did not immediately receive a response.

The Census: Who Will Win And Lose Seats?

They double talk soo much that none of these people are fit to be the party speaker. I request a Do Over Law ??

Ralph, encouraged his cult leader to suspend the Constitution, overthrow the Government of the Uninted States, and declare himself a military dictator. The fact he did not even know how to spell “martial law” or what that meant; and did not even bother to google it, shows what mentality we were dealing with at the time. How can anyone trust him with power when he has already proven he cannot be trusted with power. He obviously would support a military dicatatorship if that sutied his goals.

I did not like Mick either. He was also a member of the MAGA cult for a while, but at least he never argued for a coup d’etat; and to her credit neither did Haley.

Ralph Norman should be prevented from ever holding office again under Section 3 of the 14th Amendment.

Ralph Norman is everything wrong with American politics.

Great! We get a chance to re-elect Swamp creature Little Dick Mick Mulvaney! He was one of Trumpy’s many picks from The Swamp for positions of power and prominence they did not deserve. The only good thing about Mick was he unseated liberal POS John Spratt. That was where Mick’s usefulness to anyone other than himself began and ended.

One of a few things the Founding Father’s overlooked when trying to seal loopholes for corruption on the scale we have today, was not providing that every election have a “None Of The Above” selection on the ballot. If a majority chose this option, special elections would be held every six months until a candidate for the seat in question was chosen…..OR NOT. In an ideal world, anyone defeated by the “None Of The Above” selection would be ineligible to run for that seat for at least 12 years.

Ralph Norman needs to resign immediately. Plus, when he went to a meet and greet to meet his
constituents at a restaurant; he bought his gun to the restaurant and lay it on the table too. Plus,
on January 5th, 2023, he voted for Bryon Donalds for speaker of the house when he did not
meet it.