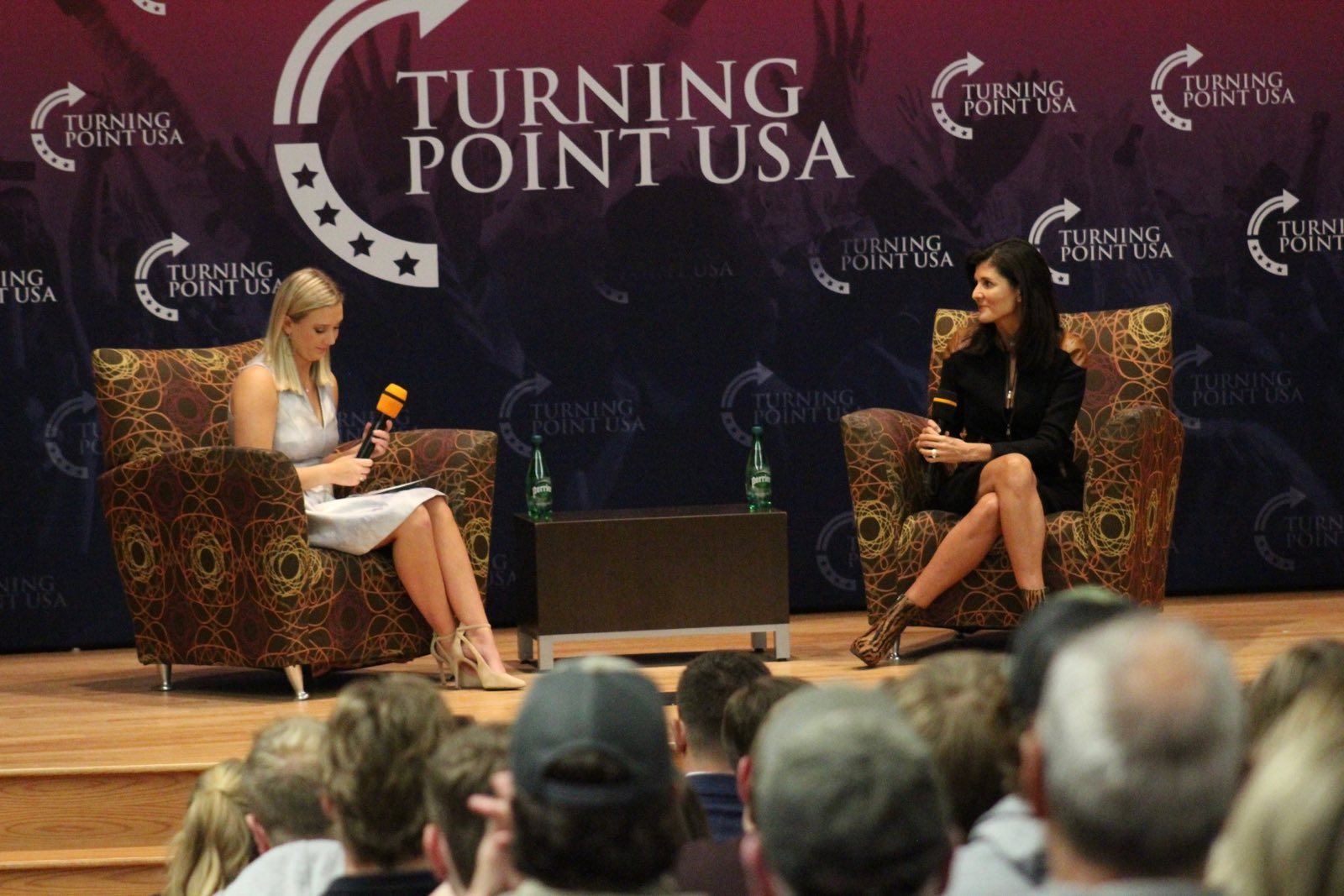 After previously walking back her promise not to run against Donald Trump in the 2024 Republican presidential primary, former South Carolina governor Nikki Haley is now openly mulling a primary challenge to the former president.

“I have said I’ve never lost a race,” Haley told a forum at her alma mater, Clemson University. “I’m not going to start now. If we decide to get into it, we’ll put 1,000 percent in and we’ll finish it.”

Haley, 50, said she is “taking the holidays” to decide whether she will seek the GOP nomination.

Back in July, Haley teased a potential presidential campaign – going back on her previous pledge not to run against Trump.

“I would not run if President Trump ran,” Haley told reporter Meg Kinnard of The Associated Press in April of 2021.


Despite campaigning aggressively against Trump during his initial presidential run, Haley wound up as his ambassador to the United Nations. That appointment was a sop to Henry McMaster, a Trump supporter who ascended to the governorship of the Palmetto State when Haley was confirmed to Trump’s cabinet.

My, how things have changed … but then again, flipping positions in the name of political expediency is hardly new ground for Haley. Indeed, her shape-shifting, chameleonic nature is rivaled only by the mercuriality of another pusillanimous Palmetto State politician, U.S. senator Lindsey Graham.

Having said that … do I fault Haley for this flip-flop?

No … the political winds related to Trump have shifted significantly over the last few months, and his petty, personal response to the disappointing results of the 2022 midterm elections cost him additional support.

Of course, GOP voters looking for new blood are not looking in Haley’s direction … at least not yet.

Florida governor Ron DeSantis is the GOP candidate drawing the most early support – and his runaway, double landslide reelection victory in a historical swing state has further cemented his status as a viable alternative to Trump in 2024.

Prior to the 2022 midterms, DeSantis had the support of 20.5 percent of Republican primary voters according to composite polling data from Real Clear Politics. Trump was drawing 51.8 percent of the GOP base, while Haley was backed by only 2.5 percent of primary voters.

According to the latest data, Trump’s support has dipped to 48.8 percent while the segment of the GOP base backing DeSantis has surged to 27.3 percent. As for Haley, she remains stuck at 2.5 percent.

Obviously, it’s early going … and as I have frequently reminded readers, Haley is not to be underestimated.

“I have taken a dim view of Haley over the years, but I have never – and would never – write her off,” I noted earlier this year. “Her identitypolitik, financial backing and neocon support are a potent cocktail at the national level – one which has kept her in the mix despite multiple unforced errors and an underlying lack of consistency.”

Yet while chameleonic and mercurial, Haley is ambition personified …

“No matter how hard you look you are not going to find any politician anywhere in America who is more ambitious than Haley,” I have opined. “Or less scrupulous.”

Will Nikki Haley run for president in 2024?