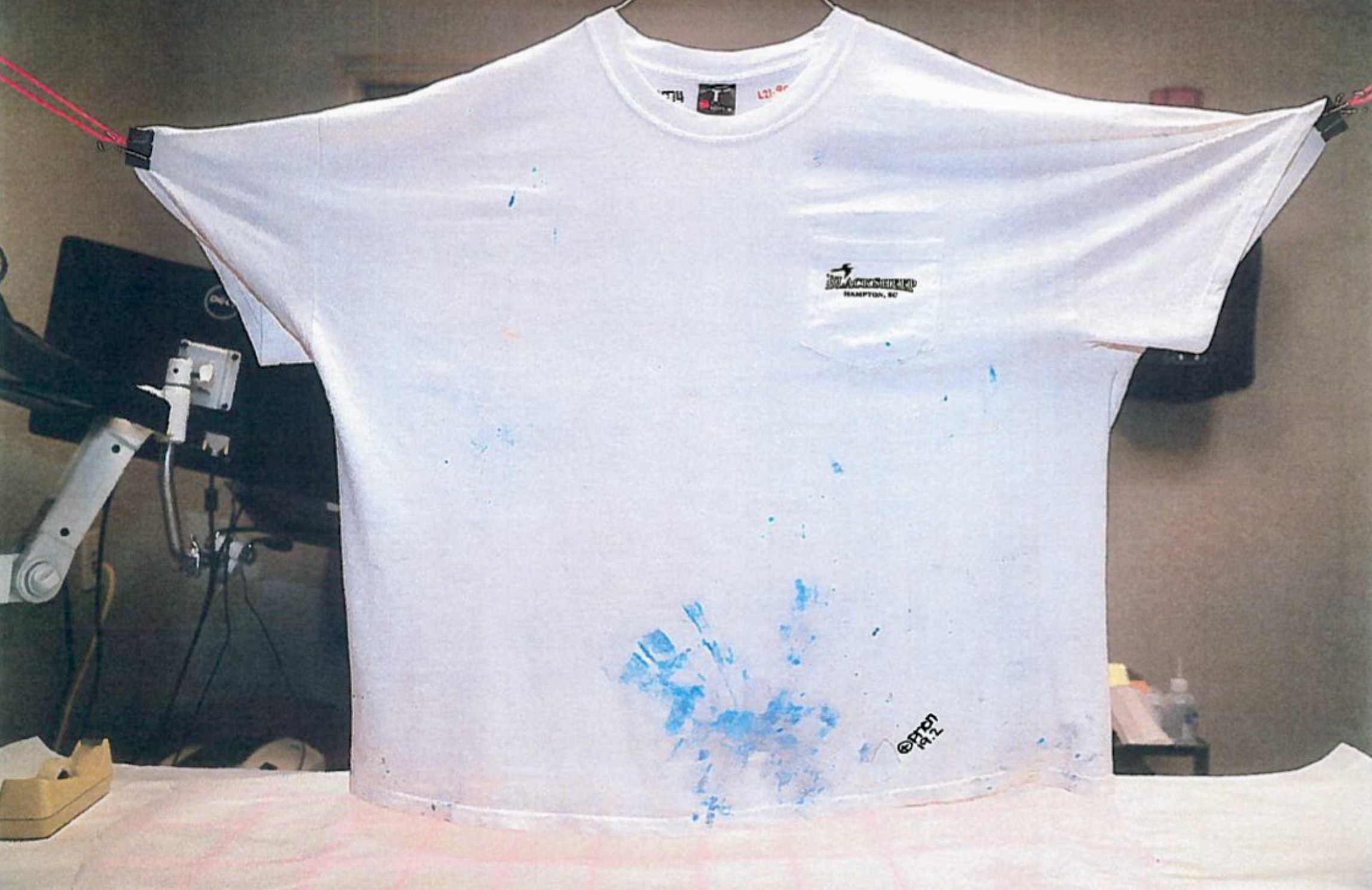 On the day before Thanksgiving, attorneys for accused killer/ disbarred South Carolina lawyer Alex Murdaugh filed a voluminous, 96-page motion asking the presiding judge in this high-profile double homicide case to exclude “false testimony” which it claimed was “intentionally withheld” from defense counsel.

According to that pleading, prosecutors in the office of S.C. attorney general Alan Wilson were accused of planning to present “manipulated opinion testimony contradicted by exculpatory evidence that the state has destroyed in bad faith.”

Bevel is one of the forensic experts retained by the state in connection with the double homicide investigation at the heart of the ‘Murdaugh Murders’ crime and corruption saga – a still unfolding Southern Gothic saga that chronicles the fall of the “House of Murdaugh,” a powerful legal dynasty which ran the Palmetto State’s Lowcountry like its own fiefdom for more than a century.

Paul Murdaugh (above) was hit by a pair of shotgun blasts on that fateful evening – one to the head, the other to the arm and chest. Maggie Murdaugh was killed by multiple rounds from a semi-automatic rifle at or around the time her son was killed. At least two of Maggie Murdaugh’s gunshot wounds were inflicted as she was lying wounded on the ground – consistent with initial reports we received of “execution-style” slayings.

Less than 48 hours after the murders, I reported Alex Murdaugh was a “person of interest” in connection with the investigation into the slayings. Thirteen months after the homicide, Murdaugh was formally charged with two counts of murder.

According to the latest filing, Harpootlian and Griffin are demanding the state turn over “all electronic or physical documents regardless of mode of transmission, and all Photoshop … files related to photographs of the white T-shirt Murdaugh was wearing the night his wife Maggie and son Paul were murdered, which Bevel asserts are his basis for changing his opinion.”

Harpootlian and Griffin claim that Bevel was retained by the S.C. State Law Enforcement Division (SLED) – the lead investigative agency on the double homicide and several other Murdaugh-related inquiries – “to opine that the T-shirt is stained with high-velocity blood spatter resulting from shooting Maggie and Paul.”

Bevel was retained by SLED, the attorneys say, despite the state knowing “on August 10, 2021 … that confirmatory blood test results were definitively negative for human blood in all areas of the shirt where purported ‘spatter’ is present,” according to the filing.

Bevel did not originally produce the desired conclusion, Harpootlian and Griffin argued in their motion.

On February 4, 2022, he produced a draft report which stated that “the stains on the white T-shirt are consistent with transfers and not back spatter from a bullet wound (emphasis original),” according to the filing.

Bevel changed his story after SLED agents allegedly “cajoled” him during a visit to his office in Oklahoma, according to the filing. In fact, Harpootlian and Griffin insist the purpose of this trip was to intimidate the expert into reversing his original assessment of the evidence.

On Monday, March 14, 2022, Bevel informed SLED his firm was “able to filter the colors of the shirt using Photoshop” and that based on this new information was able to identify “over one hundred stains consistent with spatter” and that there was no “possible way those stains could have been created other than spatter from shooting Paul with a shotgun.”

This new conclusion was memorialized in a final report submitted to SLED on March 29, 2022.


Griffin and Harpootlian argued they not only have a right to review all communications between Bevel and SLED, but that this information is critical to preparing Murdaugh’s defense.

“How Bevel changed his mind is material to the credibility of his opinions on spatter evidence,” they noted.

The defense attorneys also want to see all of the Photoshop files “created and used when digitally manipulating photographs of the T-shirt,” according to the filing.

“These files are critical to the defense because they contain an audit history showing every manipulation of the image,” they noted.

Aside from saying they would review and respond to the document, neither SLED nor the attorney general’s office have addressed the original 96-page motion filed by Harpootlian and Griffin on November 23. Neither agency was immediately available for comment on Monday evening upon being furnished with a copy of the latest pleading.