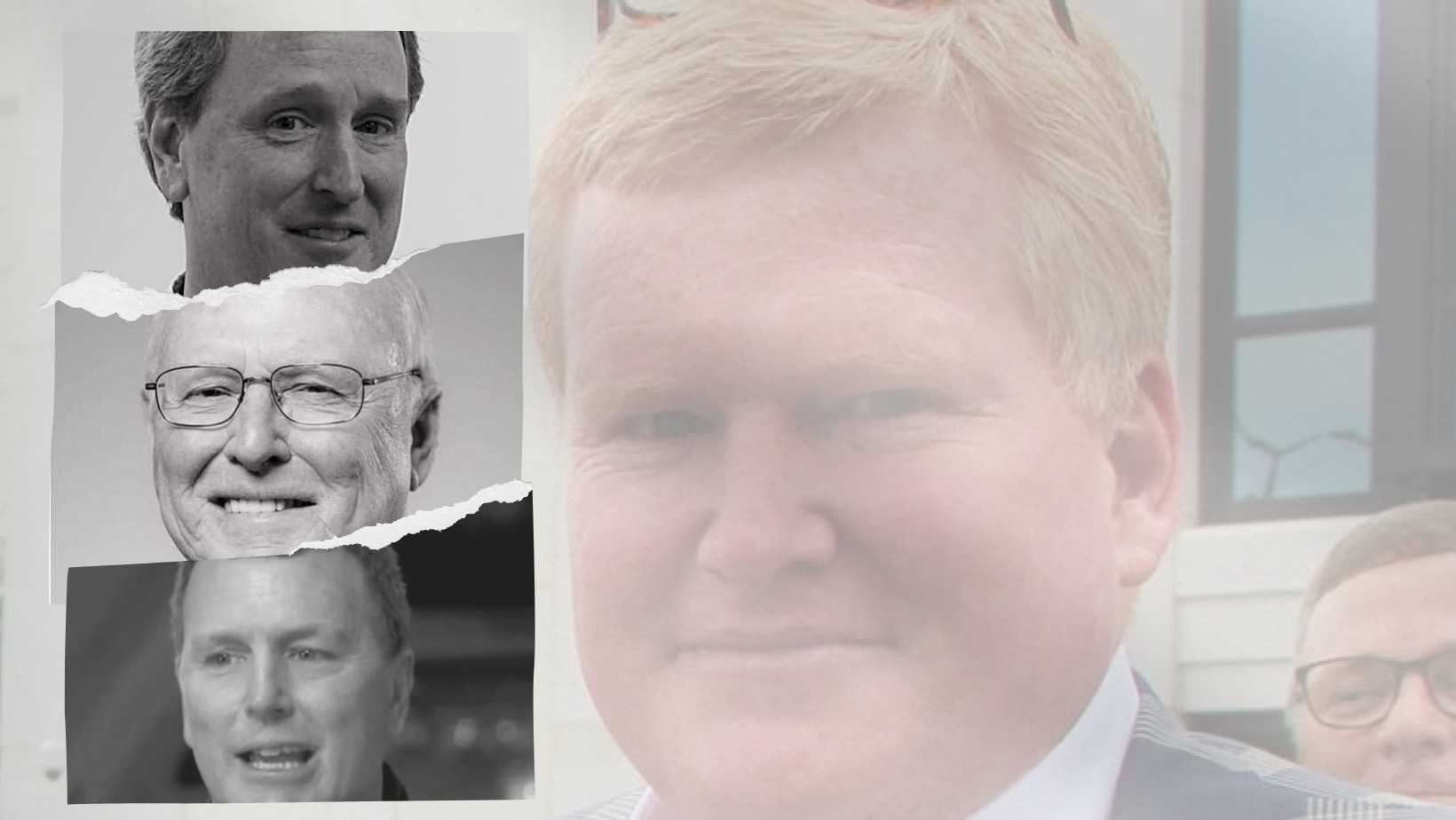 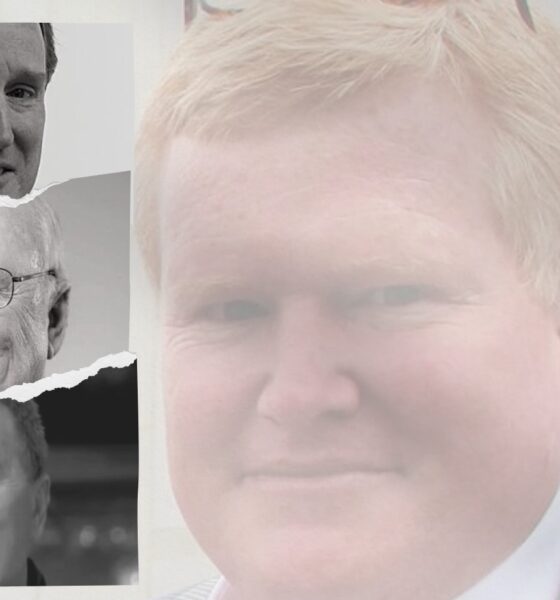 Ironclad and airtight? Not anymore …

This week, the eyes of America have been focused on Charleston, South Carolina – where the first criminal trial linked to the ‘Murdaugh Murders’ crime and corruption saga is currently underway. There have also been significant developments this week on the civil side of the Murdaugh drama – in which millions of dollars are on the line in numerous cases. Most notable among those cases? A wrongful death action and conspiracy lawsuit tied to the fatal February 2019 boat crash which made the Murdaugh family a household name in the Palmetto State.

As these narratives continue unfolding, there is also the ongoing Hollywoodization of this story to keep track of … with the biggest documentary on the Murdaugh saga still yet to come.

With so much to keep track of, it can be easy to lose focus … or, in the words of one mainstream media reporter, “overhype every minor turn of the screw.”

At the center of this scandal remains the brutal double homicide that transpired sometime after 8:44 p.m. EDT on June 7, 2021 at the Murdaugh family’s 1,700-acre “Moselle” hunting property along the Salkehatchie River.

Paul Murdaugh (above) was hit by a pair of shotgun blasts on that fateful evening – one to the head, the other to the arm and chest. Maggie Murdaugh was killed by multiple shots from a semi-automatic rifle at or around the time her son was killed. At least two of Maggie Murdaugh’s gunshot wounds were inflicted as she was lying wounded on the ground – consistent with initial reports we received of “execution-style” slayings.

Less than 48 hours after the murders, I reported Alex Murdaugh was a “person of interest” in connection with the investigation into the slayings. That revelation was greeted with revulsion by Murdaugh’s lawyers and prominent members of the state’s legal community. According to them, Murdaugh couldn’t have done it because the grieving husband had an “ironclad alibi.”

Or as some described it, an “airtight alibi.”

Despite this pushback, Murdaugh’s status as a person of interest was belatedly confirmed by his own attorneys four-and-a-half months later. And thirteen months after the homicide, Murdaugh was formally charged with two counts of murder.

What has happened to his “ironclad” and “airtight” alibi along the way?

Let’s look at the timeline …

As our intrepid researcher Jenn Wood detailed in our most recent ‘Week In Review’ episode, “the alibis and narratives coming from Alex Murdaugh’s defense team and family have been evolving for over a year now.”

And are continuing to evolve …

According to Wood, Murdaugh’s original alibi centered around him taking his very sick father, Randolph Murdaugh III, to the hospital in Savannah, Georgia on the evening of the murders.

“This narrative first developed when Alex’s brothers, John Marvin and Randy Murdaugh, made an appearance on Good Morning America on June 17, 2021 – just ten days after the murders,” Wood noted. “Alex’s brothers told reporters that on the day Maggie and Paul were murdered, Alex had taken their father Randolph to the hospital.  After that, he reportedly checked in on his mother before returning to (Moselle).”

“The details provided were scant, but left little room for interpretation,” Wood added.

This was the official Murdaugh version of events prior to May 10, 2022. On that date, an interview given to Seton Tucker of the Murdaugh Family Murders podcast pulled a rug out from under it.

According to Tucker’s podcast, John Marvin told her his brother Randy called him on the day of the homicides and asked him – not Alex – to take their ailing father to the hospital that evening. John Marvin obliged, picking up the late solicitor from his home in Almeda, S.C. and driving him to Savannah in his mother’s car. John Marvin also stated he asked Paul Murdaugh to retrieve his truck and drive it to work the following day – and that it was his truck Paul drove to Moselle on the night he was killed.


“Were Randy and John Marvin simply confused?” Wood wondered. “Or did they lie to Good Morning America? Did they tell investigators the same story about that night? Or did the lying stop with the press? If John Marvin admittedly took his own father to the hospital yet stated to reporters (and possibly investigators) that his brother had done this exact same task – which assisted with the establishment of his alibi – is there not some criminal culpability?”

In pretrial motions and hearings for the upcoming double homicide trial, lead state prosecutor Creighton Waters has confirmed our prior reporting about the existence of video evidence depicting Alex, Maggie and Paul together at Moselle at 8:44 p.m. EDT (a.k.a. the “convivial” family).

Waters further noted the state was prepared to show evidence indicating Alex Murdaugh left Moselle at 9:06 p.m. EDT to drive to his parents’ home in Almeda.

An hour later – at 10:07 p.m. EDT – Murdaugh placed his frantic 9-1-1 call from Moselle after ostensibly discovering the bodies of his slain family members. Nineteen minutes later, the first deputies of the Colleton County sheriff’s department arrived at the scene.

Again, here is the 102-minute timeline …

According to Griffin, Alex arrived at Moselle from work at 6:30 p.m. EDT and drove around the fields with Paul “inspecting the property” – even though there are significant questions about whether Paul was actually on the property at that time.

According to Griffin, the three family members ate dinner together – even though Paul had previously dined with John Marvin’s family in Okatie, S.C. earlier that evening, according to Murdaugh family members.

After dinner, Maggie went to the kennels to “run the dogs,” and Paul went outside – but Alex did not know where he went, per Griffin. At this point, Griffin claimed Alex fell asleep on the couch at Moselle and woke up around 9:00 p.m. EDT – at which point he decided he wanted to check on his mother in Almeda. Griffin claimed Alex, upon awaking, called both Maggie and Paul on their cell phones but neither of them answered.

So … did Griffin film his HBO interview prior to the October 20, 2022 hearing? Because how could Alex possibly have been asleep on the couch until 9:00 p.m. EDT if the state has him on a video with Maggie and Paul timestamped just fifteen minutes earlier?

So … were Paul and Maggie already dead when Alex left Moselle at 9:06 p.m. EDT? And if so, wouldn’t Alex – merely fifteen minutes into his nap – have heard the gunshots that killed them?

Also, if we are to accept the original Murdaugh narrative of vigilantes targeting his family – wouldn’t he have been a target of this attack as well?

Either way, when Maggie and Paul didn’t answer his calls – wouldn’t he have noticed their cars were still there as he left and wondered what they were doing?

According to Griffin, Murdaugh (above) was on the phone from 9:03 to 9:21 p.m. EDT as he traveled to Almeda. One of his calls on that trip was to Bamberg, S.C. attorney Chris Wilson, one of his longtime friends.

According to my sources, Wilson – who is said to be cooperating with law enforcement – intends to testify that Murdaugh sounded “completely normal” on their call.

At 9:21 p.m. EDT, Alex called his mother’s nurse’s aide and asked to be let in the home, Griffin said. Upon his arrival, he watched a gameshow with his mother for twenty minutes and departed for Moselle at 9:41 p.m. EDT, according to his lawyer.

Is that all he did, though?

As I reported last month, a witness for the state reportedly observed Murdaugh “engaging in some suspicious activity during his brief visit to Almeda in the immediate aftermath of the murders.”

According to our sources, this witness saw Alex “hide something wrapped in a blue tarp behind (his parents) house” upon arriving from Moselle. Another source referred to the blue tarp as a “rain slicker” – or rain jacket – but confirmed “it was blue.”

“It ended up being a rain jacket the witness thought was a tarp,” the source said.

Whatever the blue water resistant item was, “there was significant GSR (gunshot residue) on it,” one of our sources said.

Murdaugh allies have pushed back against this report, confirming the existence of the rain jacket but insisting it did not belong to Murdaugh. They also claim it did not fit him and (perhaps most significantly) did not contain his DNA anywhere on it.

Also, as I noted in my report, any items which were “transported inside (the rain jacket) … were not retrieved from the scene.”

Will Murdaugh’s “ironclad” and “airtight” alibi continue to evolve as the facts of the case are presented in open court? We will find out in less than three months as his double homicide trial is scheduled to commence on January 23, 2023 in Colleton County before S.C. circuit court judge Clifton Newman.

Director of research Jenn Wood contributed to this report.