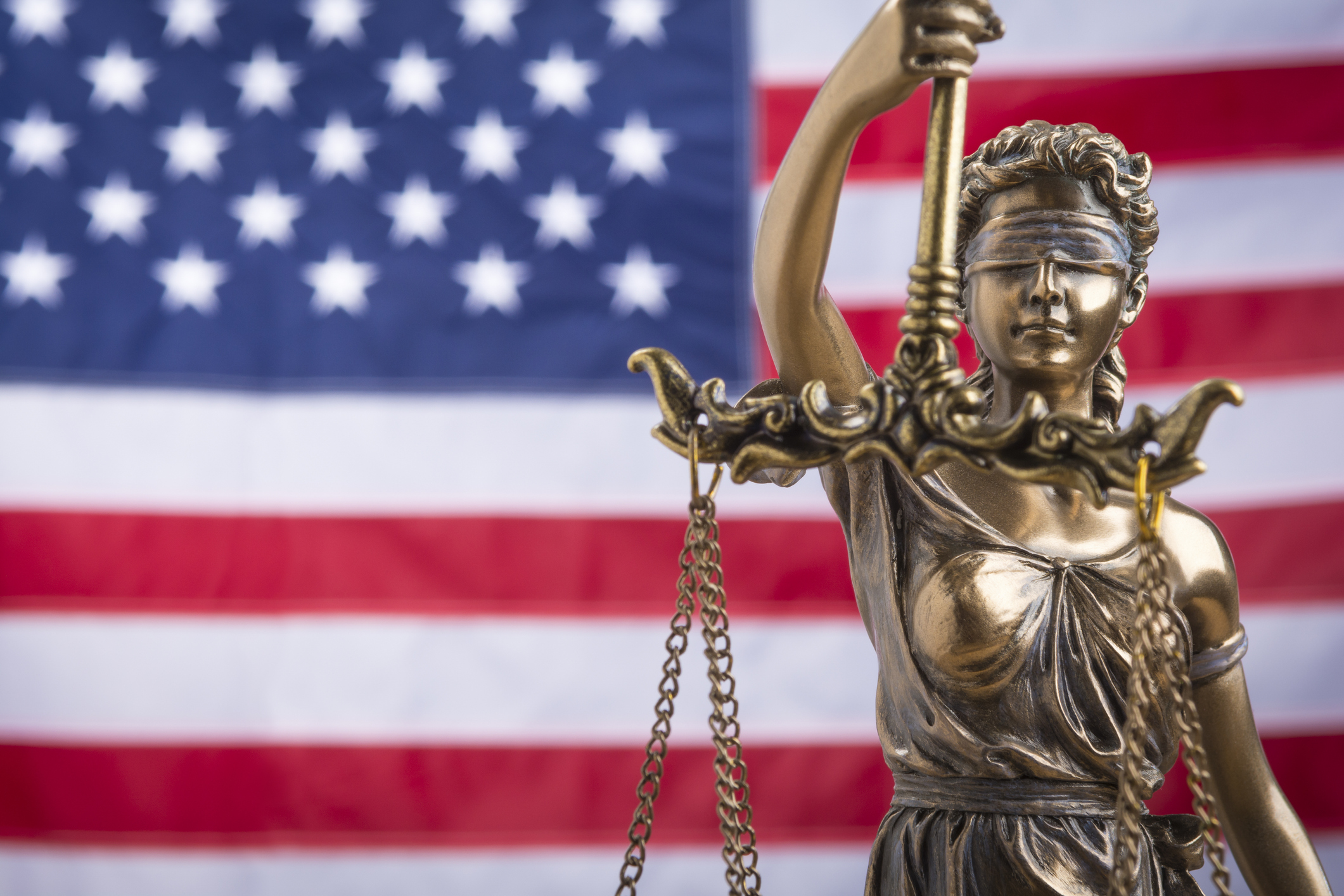 Over the last three-and-a-half years, court hearings tied to various criminal and civil cases in the ‘Murdaugh Murders’ crime and corruption saga have been heard all across the state of South Carolina.

A dizzying deluge of motions have been filed in connection with these cases, and attorneys have argued their finer points in front of multiple judges as they jockey for position in the court of public opinion ahead of numerous upcoming trials.

All of this legal maneuvering has taken place against a backdrop of unprecedented public interest and media attention for a Palmetto State case … one which, in reality, is a litany of cases tied to a still-unspooling maze of alleged criminality and public corruption.

That maze revolves around the so-called “House of Murdaugh,” a crumbling legal dynasty which ran the Palmetto Lowcounty like a family fiefdom for nearly a century. More specifically, it revolves around disbarred attorney/ accused killer Alex Murdaugh (pronounced “Ellick Murr-duck,” if you are from his family’s hometown of Hampton, S.C.).

The Murdaughs embody South Carolina’s good ol’ boy network of insider deal-making and favor-trading … but the narrative coming out of the cases currently enveloping them, their once-powerful law firm and their influential many institutional allies points to more overt theft, corruption and murder.

Many believe the investigation and prosecution of the Murdaugh empire is less about pursuing justice wherever it leads and more about cauterizing the criminality and pinning the blame for it all on one or two patsies. Or “pawns.”

Those concerns are not unfounded, either.

From the beginning of this saga, there has been a coordinated attempt to convince the media – and the public – that Murdaugh acted alone (or with limited assistance). This theory has been advanced repeatedly by Murdaugh’s family members, their publicist, his former law firm and his defense attorneys. It has also been advanced by the Palmetto State’s purportedly venerable legal profession.

Are investigators and prosecutors falling for it?

If so, that’s a shame … because I wrote just last week, hammers need to fall all over the state.

This morning (November 7, 2022) in Charleston, S.C., though, the first Murdaugh case goes to trial …

For the first time this week, a jury will begin seeing evidence and hearing testimony related to some of the criminal activity allegedly linked to this network. Assuming the trial goes forward without a plea agreement, they will also issue a verdict based on that evidence – the first time that’s happened in this case, too.

Of course it isn’t Alex Murdaugh – or any Murdaugh, for that matter – seated at the defense table.

Federal prosecutors in the office of U.S. attorney Adair Ford Boroughs will instead lay out their case against disgraced former banker Russell Laffitte, who is accused of being a key cog in Murdaugh’s many financial fleecings of former clients. Laffitte is facing one conspiracy count, one count of wire fraud, one count of bank fraud and three counts of misapplication of bank funds in connection with his alleged role in the scandal. The 51-year-old Hampton, S.C. native is also facing multiple criminal conspiracy charges at the state level.

Prior to being indicted at the state level back in the spring, Laffitte was fired from his position as chief executive officer of Palmetto State Bank (PSB) – a Hampton-based financial institution which worked closely with Murdaugh’s former law firm, Peters, Murdaugh, Parker, Eltzroth & Detrick, P.A. (PMPED).

In fact, Laffitte claimed in a recent interview the law firm was “often times our largest non-governmental, or non-hospital customer.”

Pre-trial motions in Laffitte’s much-anticipated case are scheduled to be heard this morning before U.S. district court judge Richard Gergel – an appointee of former U.S. president Barack Obama who has handled numerous high-profile cases during his twelve years on the bench. A jury is scheduled to be empaneled the following morning, and opening arguments from attorneys are likely to be heard on Tuesday afternoon.

As of this writing, Laffitte remains the only person charged federally in connection with the Murdaugh case. He is represented on these charges by former U.S. attorney Bart Daniel and former federal prosecutor Matt Austin, both of whom believe they can prove the existence of a broader conspiracy in this case – one in which their client was merely following orders.

There also appears to be some compelling evidence to that effect …

As I reported last month, Laffitte made multiple recordings of board meetings at PSB during which he is said to have received advice from the bank’s attorneys regarding his alleged criminal activity.

Some of those recordings are expected to figure prominently in his defense.

Among them? A recording in which Laffitte and attorneys for the bank discuss a payment from PSB to PMPED last October totaling $680,000. This payment was made not long after Murdaugh allegedly attempted suicide by hiring one of his check cashers, Curtis “Eddie” Smith, to shoot him in the head in a bizarre roadside incident that attracted international headlines.

The $680,000 payment stems from a civil settlement tied to the death of Donna Badger, an Allendale County woman who was killed in a 2011 car crash. Badger’s husband, Arthur Badger, was represented by Alex Murdaugh. Regular readers of this news outlet know Murdaugh is already facing state charges tied to the Badger case – specifically the alleged theft of more than $1.3 million from Arthur Badger between February 2013 and June 2014.


Laffitte has also been criminally charged at the state and federal level related to the Badger fleecing.

According to Laffitte’s recent testimony in federal court, this check was cut from PSB to PMPED last fall to cover half of the “loss” on the Badger settlement. Laffitte also testified the check was cut with the approval of his sister, Gray Henderson, and father, Charlie Laffitte – both of whom are members of PSB’s board of directors as well as the bank’s executive committee.

Not only will the jury hear these tapes (or at least excerpts from them), they will hear from multiple PSB leaders as well as multiple former attorneys at PMPED – which is where the rubber will truly hit the road in this case.

Federal prosecutors – led by assistant U.S. attorney Emily Limehouse – intend to use these PMPED witnesses to prove Laffitte’s guilt. Meanwhile, Laffitte’s attorneys believe they can use their appearances on the witness stand to prove the existence of the broader conspiracy.

“It’s not unusual for the government to rely on criminals to prove their case,” a source familiar with these forthcoming exchanges told me last week. “They just usually go into trial knowing they’re relying on criminals.”

In addition to this testimony, members of the jury will also have the opportunity to review what has been dubbed the “Harris Report.”

According to pleadings filed last week, the “Harris Report” refers to a document prepared by Greg Harris – a former federal prosecutor who is now in private practice in Columbia, S.C. Harris was hired in November 2021 by PSB to conduct an inquiry and advise the bank’s board of directors on “certain matters involving Alex Murdaugh.”

According to a motion submitted by Laffitte’s lawyers, “after the report was completed, the bank’s board of directors decided to produce and share (it) with law enforcement.” They also purportedly shared its contents with the U.S. Federal Deposit Insurance Corporation (FDIC).

Laffitte’s attorneys claim this report could contain “exculpatory information about the $680,000 check” – and perhaps about other charges against their client.

“The Harris Report is certainly relevant to determining (Laffitte)’s innocence,” they wrote in a pretrial filing.

Speaking of the FDIC, its regional director – Timothy Rich – will be called upon to testify against Laffitte in the case. So will Hannah Plyler and Alania Plyler – sisters who were represented by Murdaugh after their mother and brother perished in a 2005 automobile accident on Interstate 95.

Laffitte served as conservator for the Plyler sisters, and has been accused of raiding Hannah Plyler’s settlement funds to extend low-interest loans to himself – which he allegedly repaid with conservator and personal representative fees fraudulently obtained from other clients. He is also accused of giving Murdaugh nearly $1 million in “unsecured loans” from Hannah Plyler’s account.

Laffitte will testify on his own behalf at the trial, hoping to portray himself as a functionary who was just following Alex Murdaugh’s orders.

“Russell is low hanging fruit and not related to the real crime,” one of his allies told me last week.

As I noted last week, I have never believed Murdaugh and Laffitte acted alone. Still, I do not believe Laffitte’s ability to prove a larger conspiracy in this case absolves him of culpability for his actions.

Stay tuned for extensive coverage of the Laffitte trial this week as our director of special projects Dylan Nolan travels to Charleston to cover the case.

‘First In The South’ Insanity: Donald Trump Looks Like A ‘Go’