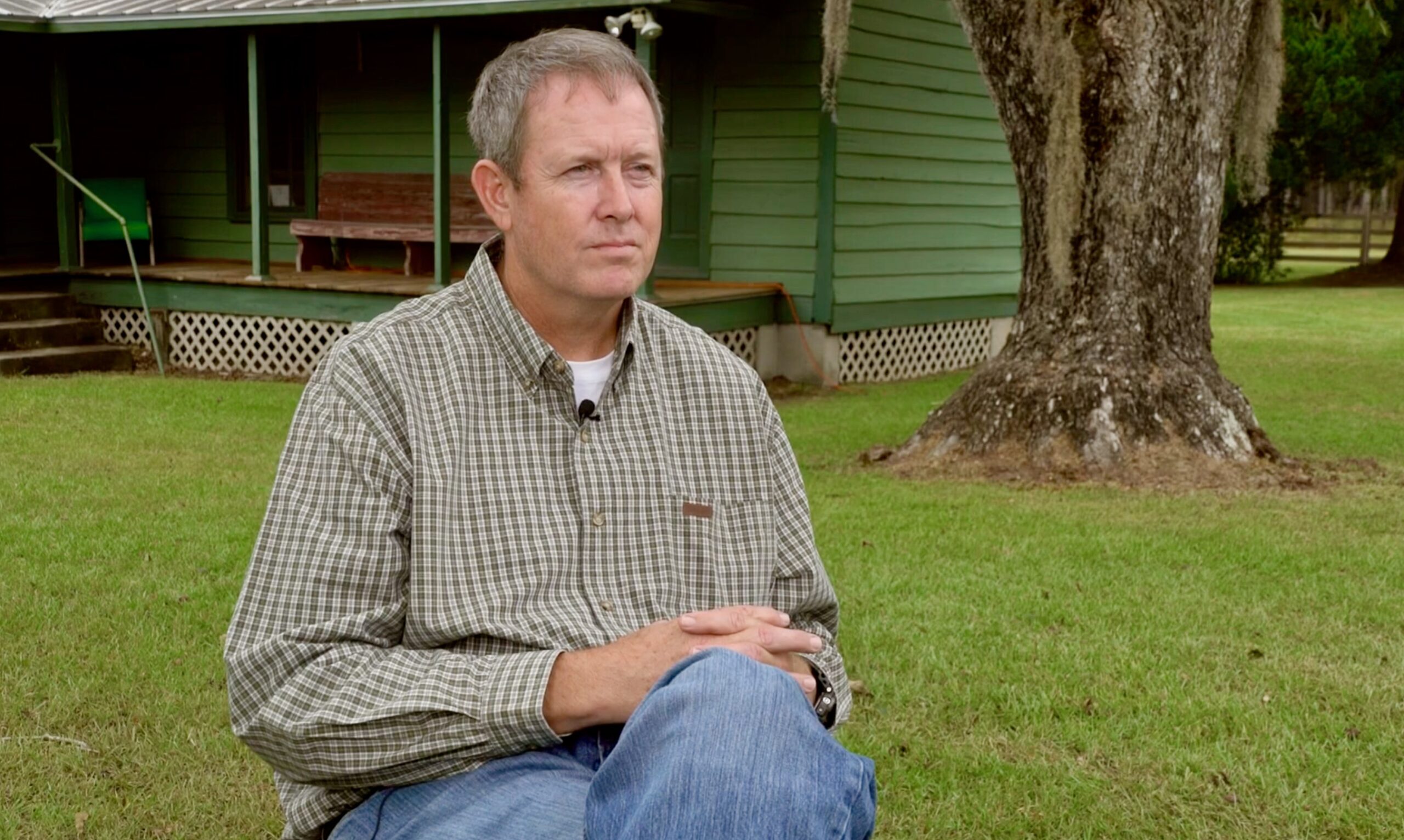 One of the running jokes among avid followers of the ‘Murdaugh Murders’ crime and corruption saga involves items they “did not have on (their) bingo cards.” It’s a way of saying this still-unfolding Southern Gothic drama continues to produce all manner of unexpected narrative twists and turns.

Laffitte, a 51-year-old Hampton, S.C. native, was indicted by state prosecutors in May on multiple criminal conspiracy charges tied to his alleged role in fleecings orchestrated by Murdaugh. In late July, Laffitte was hit with a five-count federal indictment alleging bank fraud, wire fraud, misapplication of bank funds and conspiracy to commit bank fraud and wire fraud.

Prior to being indicted, Laffitte was fired from his position as chief executive officer of Palmetto State Bank (PSB).

As of this writing, Laffitte remains the only person charged federally in connection with this multi-layered, multi-faceted – and still-unfolding – scandal. He is represented by former U.S. attorney Bart Daniel and former federal prosecutor Matt Austin, who believe they can prove the existence of a broader conspiracy in this case – one in which their client was merely following orders.

Prior to Laffitte appearing on camera, Allen addressed her familial conflict with the banker.

“Russell and I are distantly related,” she noted. “I think we have the same great-great grandparents or something. I probably haven’t seen Russell in over a decade.”

In almost the next breath, though, Allen (above) noted that “about a year ago … I approached (Laffitte)” in the hopes of convincing him to “tell (his) story.”

To say this interview caused jaws to drop would be an understatement … especially considering it was uploaded around the same time Gergel was issuing an order (.pdf) to Laffitte’s attorneys related to multiple secretive audio recordings he made which could implicate others in the alleged fraud.

As I reported last month, Laffitte made multiple recordings of board meetings at PSB during which he is said to have received advice from the bank’s attorneys.

Laffitte’s attorneys were given a deadline of midnight on Friday (November 4, 2022) to “identify with specificity … any portion of the tapes he proposes to use at trial and to explain the relevancy of that portion of the tape to the issues in the criminal trial.”

Here is the full interview uploaded by Allen …

During the interview, Laffitte was asked about his thoughts toward Hannah Plyler and Alania Plyler – sisters whose mother and brother perished in a 2005 automobile accident.

Angela Plyler, their mother, was driving a 1999 Ford Explorer on Interstate 95 on July 16, 2005 when the tire tread of her left rear tire separated. The vehicle veered off the road and struck several trees. Angela and her 14-year-old son, Justin Plyer – who was in the passenger seat of the vehicle at the time of the crash – were both killed. Her daughters, Hannah and Alaina, survived the accident with injuries.

“I can’t imagine what they went through – nobody can,” Laffitte said. “I saw the pictures from the accident – it was awful. I can’t imagine losing my momma and my brother as they did – and were sitting in a vehicle with them. I mean no amount of money – no amount – is (going to) ever replace that.”

Laffitte said he had been “very proud” of the Plyler girls “and how they’ve raised themselves” – an odd statement given what state and federal prosecutors have alleged he did with their money.

According to a document (.pdf) filed in September by federal prosecutors, Laffitte allegedly extended himself eight loans totaling $355,000 at favorable interest rates – loans extended directly from the conservatorship account of Hannah Plyer. To pay these loans back, he allegedly transferred conservator and personal representative fees he fraudulently obtained from other clients.


Laffitte also allegedly took out a $245,000 personal loan from a third-party lender when Hannah Plyler turned eighteen to pay off the balance of the account. He was still paying off that loan as of earlier this year, according to the feds.

Laffitte also allegedly gave Alex Murdaugh thirteen “unsecured loans” from Hannah Plyer’s conservatorship account totaling $990,000. Murdaugh proceeded to use funds stolen from other personal injury clients to pay off the loans from Hannah Plyler’s account, according to the feds.

According to Laffitte, all of the financial decisions were made with the approval of Hampton County probate court judge Sheila Odom.

According to the former banker, he had Odom’s permission to make all of these decisions.

Laffitte further claimed the Plyler girls “absolutely” did not not have any money taken from them.

“They have their money,” he said.

As for PMPED, Laffitte described Murdaugh’s law firm as “often times our largest non-governmental, or non-hospital customer.” And as it related to his role as conservator for so many clients of PMPED, Laffitte claimed he “did it to help Alex” and that Murdaugh was the one who gave him the idea.

“He said ‘yeah, yeah we’ll do it for the law firm – and for Alex,” Laffitte said.

Asked whether he stole money, Laffitte insisted he did not – but that Alex Murdaugh did.

“He stole money, I didn’t steal money,” he said.

Laffitte also described how Murdaugh allegedly instructed him where to route money from checks made out to Palmetto State Bank. According to him, those checks should have never been made out to the bank – but should have instead been made out to him as the personal representative of those entitled to receive settlement funds.

Had Murdaugh followed the rules, “we wouldn’t be sitting here right now doin’ all that we’re doing.”

According to Laffitte, he was just a “pawn.”

“(Murdaugh) was my attorney – he represents me,” Laffitte said. “He says make the checks to ‘here, here, here and here’ … I did it.”


In fact, he claimed at one point in the interview Murdaugh would come in with checks linked to a settlement that were properly made out – and correctly disbursed – but that these were intermingled with other checks which were not properly made out.

“I knew that they had settled but you know – you talk to Alex – and he would say ‘well you know we got a lien we’re working through, we disbursed yet,’” Laffitte said. “He would always give you something.’

“He was such a good manipulator,” Laffitte continued. “He used our relationship going back decades from being kids growing up next door to each other and family, familiar relationships. He used that and manipulated it … because he knew we wouldn’t question as much as we would somebody else.”

Murdaugh has not been charged federally, but at the state level he is currently facing 90 individual counts of alleged criminal activity involving “schemes to defraud victims” of nearly $9 million.

As I have often noted, the big question in this case is whether federal prosecutors – who are seriously conflicted in this case – are serious about plumbing the depths of the Murdaugh-related criminality to identify everyone involved in the alleged conspiracy.

Or if their investigation/ prosecution amounts to a search for a convenient fall guy … (pawn?).

“From the beginning of this saga, there has been a coordinated attempt to convince the media – and the public – that Murdaugh acted alone,” I noted recently. “This theory has been advanced repeatedly by Murdaugh’s family members, their publicist, his former law firm and his defense attorneys.”

The “lone fleecer” theory has also been advanced by the Palmetto State’s purportedly venerable legal profession.

I have never bought into that theory, obviously … but I also do not accept the theory that Laffitte’s ability to prove a larger conspiracy in this case absolves him of culpability for his actions.