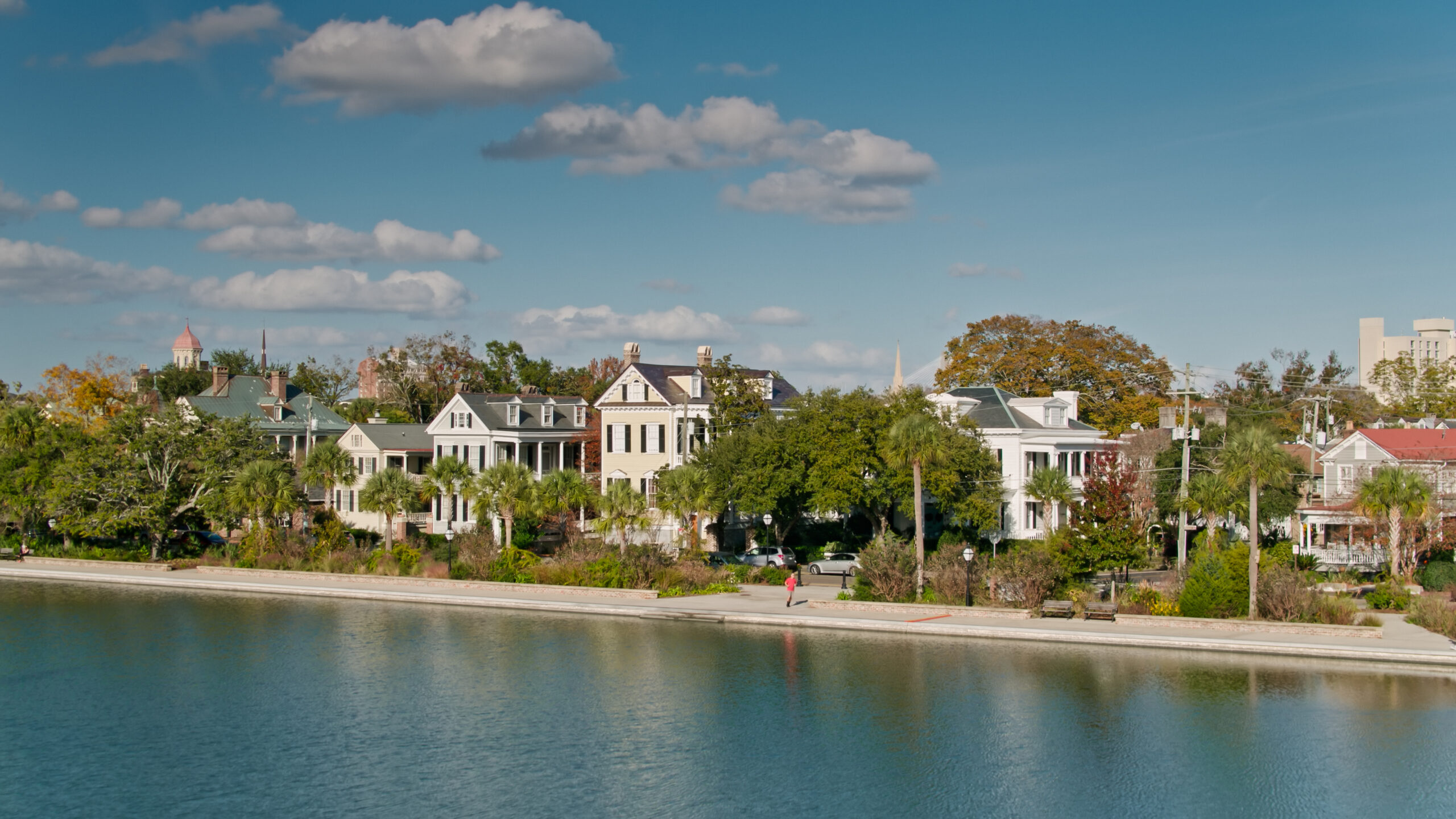 In case you haven’t been following the back and forth between federal prosecutors and defense attorneys in the Russell Laffitte case – which is currently the only federal criminal prosecution tied to the ‘Murdaugh Murders’ crime and corruption saga – something big is going on behind the scenes.

Murdaugh and Laffitte were childhood friends – sons of privilege from the Palmetto Lowcountry who leveraged their upbringing in prominent, powerful families into influential positions within their community.

According to state and federal prosecutors, they turned around and abused this privilege and power by taking advantage of the “least of these” among them …

Laffitte was fired from his position as PSB chief executive officer back in January. Three months later, he was indicted by state prosecutors on multiple criminal conspiracy charges tied to his alleged role in the various Murdaugh-related fleecings. In late July, Laffitte was hit with a five-count  federal indictment alleging bank fraud, wire fraud, misapplication of bank funds and conspiracy to commit bank fraud and wire fraud.

If the allegations contained in state and federal indictments are accurate, Murdaugh and Laffitte – along with Beaufort, S.C. attorney Cory Fleming – engaged in multiple conspiracies aimed at conning numerous poor and vulnerable victims out of millions of dollars. In addition to the crimes they are already accused of committing, their alleged conduct would certainly appear to fall under state and federal laws against Racketeer Influenced and Corrupt Organizations (RICO).

RICO cases involve a pattern of criminal activity (a.k.a. “predicate crimes”) allegedly perpetrated by a network of coconspirators.

Few believe Murdaugh, Laffitte and Fleming constitute the extent of this criminal empire … but how much help did they have?

And who helped them?

From the beginning of this saga, there has been a coordinated attempt to convince the media – and the public – that Murdaugh acted alone. This theory has been advanced repeatedly by Murdaugh’s family members, their publicist, his former law firm and his defense attorneys. It has also been advanced by the Palmetto State’s purportedly venerable legal profession.

Are people buying this “lone nut” theory? No. Most observers have (rightfully, I believe) viewed these machinations as part of a well-orchestrated campaign on the part of individuals and institutions linked to Murdaugh to contain the potential damage associated with his spectacular downfall.

Cauterizing corruption, if you will …


To recap: Three generations of Murdaughs held the post of S.C. fourteenth circuit solicitor from 1920-2006, during which time the family and the law firm it founded enjoyed near dictatorial control of a five-county region in the Palmetto Lowcountry. Over the years, corruption appears to have been an integral part of the family business … and there are indications this corruption could go much deeper than any of us covering the case ever suspected or imagined.

Murdaugh has been charged with two counts of murder and two counts of possessing a weapon during the commission of a violent crime in the graphic June 7, 2021 slayings of his wife, 52-year-old Maggie Murdaugh, and younger son, 22-year-old Paul Murdaugh.

In addition to the two murder charges, Murdaugh is also staring down a multitude of alleged financial crimes as well as drug charges and allegations of obstruction of justice tied to a fatal 2019 boat crash involving his late son. Beyond that, he is facing fraud charges tied to a bizarre, botched suicide attempt last Labor Day in Hampton County.

There is also a public corruption investigation tied to this case – which would certainly seem to indicate state law enforcement leaders believe Murdaugh and his associates had help in pulling off their alleged crimes.

Do federal investigators and prosecutors concur with this assessment?

For the moment, signs point to “no” – especially given their current handling (mishandling?) of the broader outlines of the Laffitte case.

These questions need answers … sooner rather than later.

The seemingly narrow focus of the federal probe has revived questions about whether this portion of the investigation into the crumbling Murdaugh dynasty is committed to comprehensive accountability – or whether it is intended to provide more institutional cover for the criminal network which allegedly propped up Murdaugh and Laffitte.

Just last week, two former employees of this news outlet – Mandy Matney and Liz Farrell – raised some of these same questions on their podcast.

“(You) pick a guy suitable enough to the public who can serve as the major symbol of the overall corruption in the case,” Matney said. “Make ’em take the heat and get ’em out of the way, and then get the public off your back by convincing everyone that everything is fine and the system is great and that justice has been served and the culture of corruption continue.”

Is that what’s happening?

I don’t know … but Matney isn’t the only one implying Laffitte could be a “patsy.” Following my reporting last week on the latest federal filing by Laffitte’s attorneys, a source intimately familiar with the case reached out expressing some of the same concerns.

“Are they working the system so the uneducated public focuses on Russell and Alex?” the source said, referring to potential suspects at the bank and/ or Murdaugh’s former law firm. “You think Alex is smart enough to come up with this himself? I don’t think he or Russell could possibly be the mastermind.”

Questions about the conduct of the federal prosecution has revived concerns about conflicts of interest in the Charleston office of U.S. attorney Adair Ford Boroughs – questions which I raised nearly a year ago.

“How can that office investigate PMPED’s involvement when a partner’s daughter works there?” one Lowcountry lawyer wondered at the time. “(The case) needs to be handled by Columbia or Greenville. I’ve heard (federal prosecutors) in the other offices are not happy the investigation could be compromised by Charleston handling it.”

That lawyer had one helluva point …

Also of interest? Carra Henderson’s direct boss in the fourteenth circuit is none other than solicitor Duffie Stone – whose botched recusal from the murder investigation of his former employee has complicated that ongoing investigation.

And yes, you read that right: Former employee. Until last fall, Alex Murdaugh was a badge-carrying assistant in Stone’s office – meaning he and Carra Henderson were coworkers.

Last November, I reported on another conflict within the Charleston U.S. attorney’s office: Until March of 2021, assistant U.S. attorney Amy Bower worked for the law offices of Haynesworth Sinkler Boyd – the firm which has been representing Murdaugh in a high-profile wrongful death suit filed by the family of Mallory Beach.

Bower didn’t just work at the firm handling Murdaugh’s defense, either: She was one of Murdaugh’s attorneys on the boat crash case.

“The stakes of this inquiry are far too high to have potential conflicts of interest go unaddressed,” I wrote last fall. “The fact that one of Murdaugh’s former lawyers and the daughter of one of his former law partners currently work for an office which is investigating him strike me as credible conflicts.”

These conflicts – combined with the way the feds ass-backed their way into this case due to political pressure from Murdaugh’s top defense attorney, Dick Harpootlian – remain troubling.

As I reported back in January, the pre-Christmas ouster of former acting U.S. attorney Rhett DeHart was reportedly linked to his office’s chronic mishandling of the Murdaugh probe. Many believed the case would be moved from the Charleston office following his departure.

Last fall, DeHart told me “it is the responsibility of this office to ensure there are no conflicts of interest in any pending investigations.” DeHart assured me he would implement “appropriate screening measures consistent with official guidance from the office of the general counsel at the executive office of U.S. attorneys” in the event such conflicts became “apparent.”


According to a statement issued from Boroughs’ office earlier this week, all of the conflicts identified by this news outlet last fall were properly vetted in Washington, D.C.

“While we cannot comment on the substance of the prosecution, we can confirm that this case, like all other cases prosecuted in this district, has been vetted for conflicts from its inception and the prosecution team is conflict-free,” a statement from Boroughs’ office noted.

“In cases where potential conflicts may exist, we refer them to the office of general counsel at the Executive Office for U.S. Attorneys in Washington, D.C., which will advise whether any employees in the office need to be walled off from the case,” the statement continued. “We sought, received, and have followed the advice of our general counsel’s office in this case. When attorneys are walled off from the case, they cannot receive any information regarding the case or have any access to case materials.”

That “wall” does not apply to Carra Henderson, apparently. According to multiple eyewitnesses, she sat on the prosecution side of the aisle during one of Laffitte’s recent bond modification hearings – a major breach of prosecutorial ethics.

So … is the “fix” in on the federal side of this probe?

I am not saying that at all. Federal prosecutors could be preparing comprehensive, sweeping criminal indictments against a host of alleged co-conspirators in this case. Obviously, we wouldn’t know anything about that until the moment indictments dropped. Or (and this is less likely, in my estimation), they could have nothing in their possession implicating anyone other than Laffitte and Murdaugh in these alleged crimes.

As this story was going to press though, I exclusively reported on an emergency hearing scheduled for this afternoon (Thursday, October 6, 2022) in which U.S. district court judge Richard Gergel is reportedly set to hear arguments related to a piece of “critical evidence” in the Laffitte proceedings.

According to my sources, the evidence in question is said to include “an audio recording in which multiple PSB leaders are rumored to be implicated in some of the same criminal conduct of which Laffitte stands accused.”

“They should have used Laffitte as a witness to get the actual puppeteers,” a source tracking the case told me, adding that “assistant U.S. attorneys should have come from D.C.” to address the Murdaugh-related conflicts.

“These people are bad and need to be exposed,” the source added.

Can we trust our system to expose them? All of them?