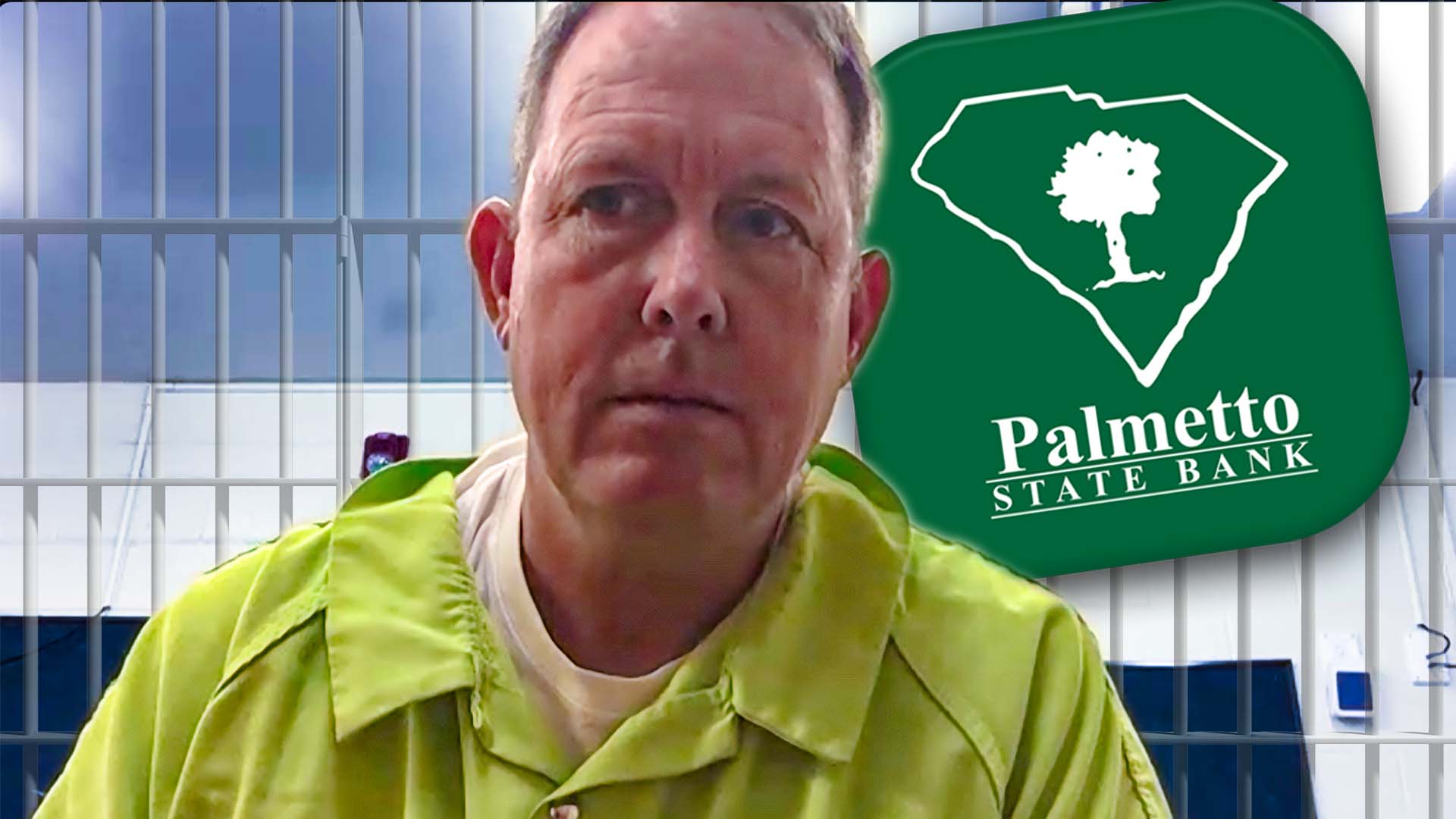 On the same day accused murderer Alex Murdaugh appeared for a bond hearing in Colleton County, his alleged co-conspirator and banker friend Russell Laffitte was indicted by a United States grand jury for his alleged role in illegally loaning himself money from the accounts of Murdaugh’s clients.

These are the first federal charges to be filed in the endlessly unfolding Murdaugh Murders Saga.

After the indictment was announced, Laffitte’s attorney Bart Daniel said, “We intend to vigorously fight the charges at trial.”


Laffitte, who is a longtime friend and neighbor of Murdaugh, is accused of using his position as a director and employee” of Palmetto State Bank — which his family has owned for generations — and his role as personal representative and conservator to take money from clients of Murdaugh.

From 2011 through ”at least” October 2021, the grand jury says Laffitte and ”his co-conspirators” defrauded several personal injury clients of “the Bank Customer” — which is believed to be a reference to Murdaugh. The clients were only identified by their initials in the indictment but include Hakeem Pinckney, Arthur Badger and two sisters named Hannah and Alania Plyler.

“On July 16, 2005, the Plyler sisters lost their mother and brother and suffered significant personal injuries in a tragic rollover automobile accident . As mere children at the time, they placed their trust in Alex Murdaugh, his law firm, banker Russ Laffitte and Palmetto State Bank to guide them in connection with the subsequent lawsuit, settlement and preservation of their settlement funds  through the remainder of their childhood into adulthood. As the years ensued, the girls viewed Russ Laffitte as a father figure and trusted him to navigate the waters ahead for them and to guide them.

“It is difficult to express the emotions and disappointment of learning years later that those who had sworn to protect the Plylers chose instead to prey upon them. Russ Laffitte and Alex Murdaugh plundered their conservator accounts and treated it like their own personal slush fund. The Plyler family is grateful to the US Attorney’s office for the charges that have been brought against Mr. Laffitte, and they place their trust in the US Attorney to take such additional steps as they deem necessary to bring justice to this situation.

“Conservatorship accounts are sacrosanct. They are not financial playgrounds for those who are entrusted with the role of conservator. It is right and just that Mr. Laffitte should have to answer for his conduct. Perhaps others will also be called upon to answer important questions about their roles in the Plyler tragedy in the months to come. In any event, the Plylers are committed to providing any cooperation that may be required and they are humbled that the US Attorney chose their case as the first case to enter the Murdaugh field of play.

“When the public learns of the series of deceptive acts taken by Mr. Laffitte and others over a period of many years concerning their monies and the acts of theft that occurred within their conservatorship accounts as well as other accounts to pay off obligations owed to the sisters upon them turning 18 years of age it will leave everyone aghast. The Plyler sisters are now adults and are committed to seeing these matters through conclusion. Eric Bland and Ronald Richter, Jr., attorneys for Alania Spohn and Hannah Plyler.”

Several of the charges in the federal indictments are related to the Pinckney case, which FITSNews has been reporting on for several months.

Hakeem Pinckney was paralyzed in a catastrophic car wreck before his mysterious death in 2011. Hakeem’s mother Pamela and cousin Natarsha were also severely injured in the 2009 crash, which resulted in a large lawsuit against a tire company.

As FITSNews previously reported, Alex Murdaugh and his alleged co-conspirators apparently worked together — in a fashion similar to the Gloria Satterfield settlement scheme — to defraud the Pinckney family of funds gained from a lawsuit they filed on Hakeem’s behalf in 2010.

The same players were involved in this case — Cory Fleming, Alex Murdaugh, and Palmetto State Bank.

In May, Bamberg discovered that checks from funds misappropriated from the Pinckney case were not only made to Russell Laffitte, but his father Charles Laffitte Jr., who is a board member and also a former CEO at Palmetto State Bank.

In fact, a $100,000 money order was given to Charles Lafitte, the indictment states.

The indictment also confirms what FITSNews previously reported — a significant amount of money stolen from the Pinckney estate, a $329,500 money order –  was given to Randolph Murdaugh III.

“We are pleased that we are seeing accountability at both the state and federal level,” attorney Justin Bamberg, who represents the Pinckney family, said Wednesday evening. ”If you are blessed enough to earn or are given a seat up high, you better not forget the importance of doing the right thing. A fall from grace can be brutal, and there are no parachutes when justice knocks you off the ledge.”

Laffitte also faces 21 state charges for his alleged role in these schemes. He is currently on house arrest awaiting trial.

This story is breaking and will be updated.

Murdaugh Murders: Secretive System Is On Trial … But A Gag Order Is Being Imposed?