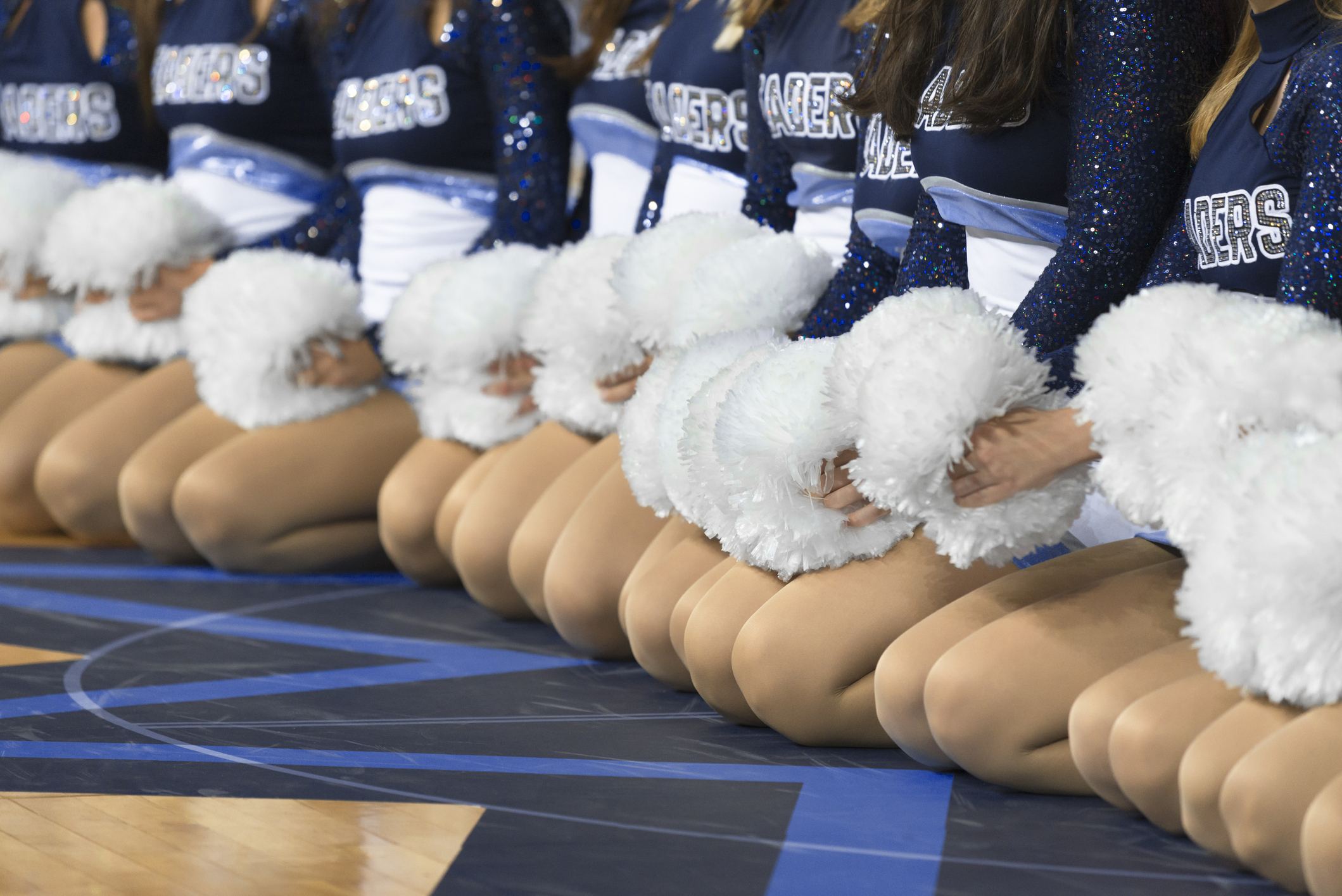 The title of this week’s episode of the ‘Cheer Incorporated’ podcast (Apple, Spotify) fits perfectly with what happened as we were preparing to lock and load the eighth installment of this new format …

Our plan was to air the second half of host Jenn Wood’s interview with Kristen – whose twin sons are victims of so-called “cheerlebrity,” Jerry Harris, the star of Netflix’s documentary hit, Cheer.

Unfortunately, the second half of the interview – which focused on helping sexual abuse survivors navigate the arduous process of coming forward and sharing their stories – was delayed.

What happened? The high-profile litigiousness of Varsity – the behemoth of the American cheerleading industry and a named defendant in multiple federal lawsuits alleging a conspiracy to suppress the child athlete sex abuse scandal.

Varsity has retained prominent defamation attorney Thomas A. Clare of the Alexandria, Virginia-based Clare Locke law firm to pursue claims on its behalf related to this still-unfolding story. Clare has already sent a letter (.pdf) to Bakari Sellers – an attorney with the Columbia, S.C.-based Strom Law firm – accusing him and his co-counselors of perpetuating a “false narrative” about the company.

“No one expected Varsity was going to just stand at the bottom of the hill waiting to be buried by this coming avalanche,” I noted in the latest episode. “(But) let me make something clear: We are not about to be muzzled.”

That goes for both the podcast and this news outlet …

Cheer Incorporated is written and narrated by Wood – our research director and resident cheer mom – and produced by our director of special projects Dylan Nolan. New episodes drop every Thursday, for those of you new to the format.